WHAT TO WATCH FOR: “Month of Money” Pits Outlaws vs. Posse This Week 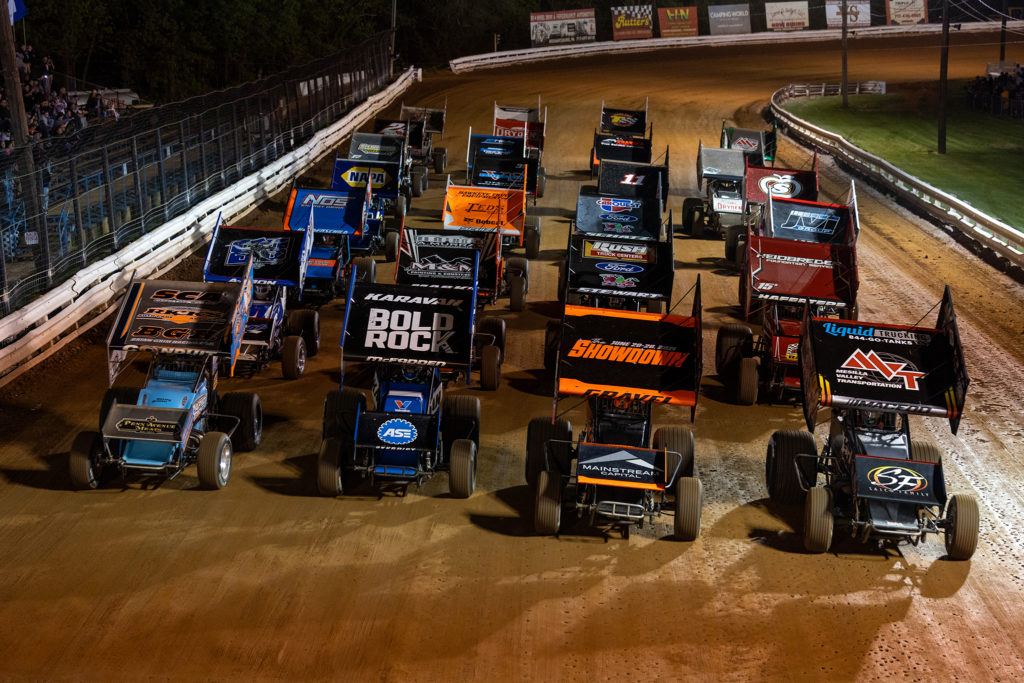 The Greatest Show on Dirt is on the heels of a historic week in Ohio, but there’s no slowing down.

This week, the World of Outlaws NOS Energy Drink Sprint Car Series heads to Pennsylvania for three nights, and two big paydays available as the “Month of Money” rolls on.

Here are some of the top storylines to follow this week:

THE BATTLE RESUMES: It’s been two months since the 2021 edition of the World of Outlaws vs. the PA Posse kicked off back in May. Continuing on their 2020 dominance, which included a complete sweep of the Posse on their own porch, the Outlaws did it again by shutting out the Central PA stars in their first bout this year.

The more impressive part of the Outlaws’ May sweep of the Posse was the fact that it came from three different drivers all winning their first Series race at their respective tracks. Brad Sweet conquered Lincoln Speedway for the first time, then Carson Macedo and Aaron Reutzel split Williams Grove wins.

A host of other worthy Outlaw superstars including David Gravel, Donny Schatz, Sheldon Haudenschild & Logan Schuchart all hope to put their names on the scorecard this weekend.

DEWEASE & DIETRICH: When it comes to the PA Posse’s active drivers, Lance Dewease of Fayetteville, and Danny Dietrich of Gettysburg have defeated the Outlaws more than anyone, and they’re both on a hot streak lately.

When the Outlaws were last in town during May, Dewease was struggling to find that elusive 100th career Williams Grove win. He put it on the podium at both nights of the Morgan Cup, and has since rattled off four victories including a $15,000 PA Speedweek triumph at the 1/2-mile. The 103-time Williams Grove winner has earned 14 of his 17 World of Outlaws victories at the track.

For Dietrich, he’s fresh off a $20,000 runner-up run in his first-ever Kings Royal Feature on Saturday. A few weeks back, the 33-year-old dominated a weeklong battle for the PA Speedweek championship, which included two podium runs at Williams Grove. He’s won two of his five-career World of Outlaws victories at the track.

LERNERVIlLE LOCALS: Separated from the hotbed of Central Pennsylvania, Sarver’s stout group of locals is its own story over in Western Pennsylvania outside of Pittsburgh. On Tuesday, thanks to a large contingent of fans, the highest finishing Lerenrville regular will receive a huge bonus of more than $1,600 on top of their race winnings.

Among the many contenders is current points leader Sye Lynch of Apollo, PA. The 23-year-old son of Ed Lynch Jr. will try to join his father, who conquered the Don Martin Memorial Silver Cup in 2002, as the only father-son champions of the event. Other notables in contention include A.J. Flick, Brandon Matus, Michael Bauer, Carl Bowser, and Jack Sodeman Jr., among others.

SCHATZ-SYLVANIA: Donny Schatz enters both events this week as the winningest driver at each of them. He’s topped Lernerville’s Silver Cup and Williams Grove’s Summer Nationals on seven occasions each.

The 10-time Series champion is ranked inside the top-three when it comes to World of Outlaws wins at both tracks. He’s won nine races with 22 top-fives in 52 Lernerville starts and owns 21 wins and 66 top-fives in 124 Williams Grove appearances.

Although they’ve only won once this year, the Tony Stewart/Curb-Agajanian Racing, Ford Performance, Carquest #15 has been consistent with 23 top-fives in 46 races, which ranks third among all drivers. It’s not consistency, but victory lane that he’s chasing this week with $25,000 at Lernerville and $20,000 at Williams Grove available.

POINTS SHAKEUP: After five nights of action in Ohio, the championship outlook looks quite different for the World of Outlaws NOS Energy Drink Sprint Car Series. Saturday’s double Kings Royals were exempt as show-up points only, but the other three nights allowed all the opportunity for change.

Two-time and defending champion Brad Sweet continues his stronghold over the top spot, but positions two through six all swapped behind him. Thanks to a third at Attica and two Eldora preliminary wins, Carson Macedo (-114) and the Jason Johnson Racing #41 surpassed David Gravel’s (-140) Big Game Motorsports #2 for the runner-up spot with 35 events remaining this season.

Behind them, Donny Schatz (-248) jumped from sixth to fourth in the standings with more consistency coming from his Tony Stewart/Curb-Agajanian Racing #15. Sheldon Haudenschild (-254) and Logan Schuchart (-266) both dropped a spot to fifth and sixth due to some unlucky runs.

Around the Turn: After this week in Ohio, the World of Outlaws NOS Energy Drink Sprint Car Series travels back to the state of Pennsylvania for mid-season match with the PA Posse. The Don Martin Memorial Silver Cup awards $25,000/Win on Tuesday, July 20 at Lernerville Speedway, followed by a doubleheader at Williams Grove Speedway capped by the $20,000/Win Summer Nationals on Friday-Saturday, July 23-24.