WHAT TO WATCH FOR: Anything Goes as Outlaws Visit Indiana’s Kokomo & Tri-State 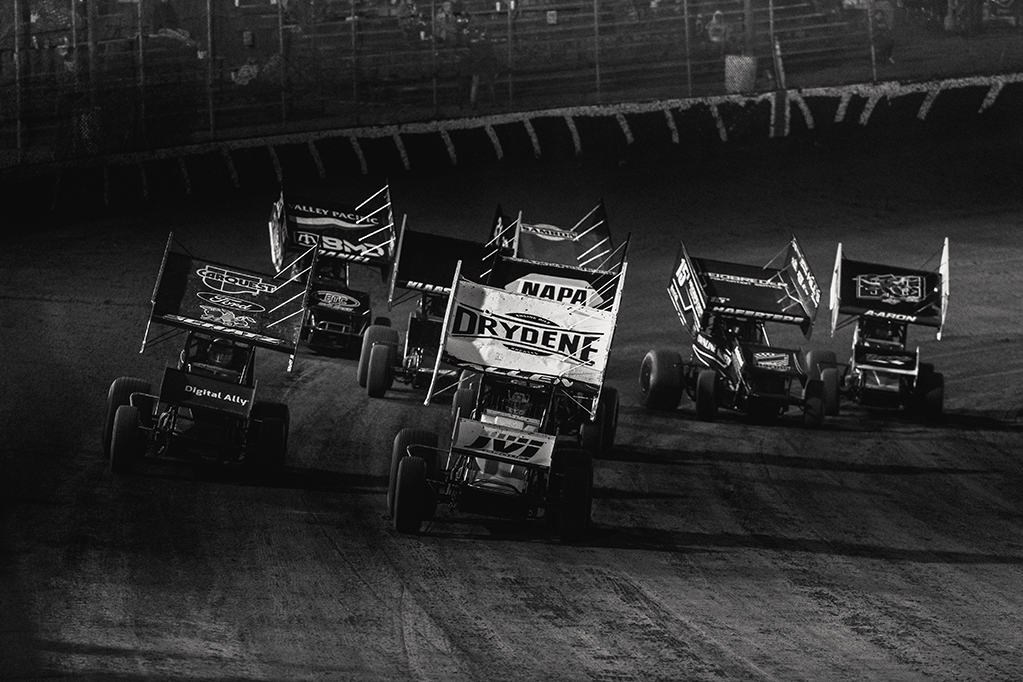 March Madness is over, now Indiana welcomes The Greatest Show on Dirt.

This weekend, the World of Outlaws NOS Energy Drink Sprint Car Series makes its first appearance of the season in the Hoosier State with trips to Kokomo Speedway in Kokomo, IN on Friday, April 9 and Tri-State Speedway in Haubstadt, IN on Saturday, April 10.

Known for the unpredictability and intense racing, these Midwest bullrings offer some of the most exciting and memorable moments on tour. Last year, Sheldon Haudenschild beat Donny Schatz in an instant classic at Kokomo, while Carson Short and Carson Macedo split Tri-State triumphs.

Let’s get you caught up on what to watch for ahead of this weekend’s doubleheader:

Only Steve, Sammy, Jason & Donny have won five-straight, which Brad could do on Friday night at Kokomo. A sixth-straight win at Tri-State would put him in a club with the three winningest drivers in Series history: Steve, Sammy & Donny. The all-time record Sweet is chasing is an absurd nine consecutive win streak set by Steve Kinser in June of 1981.

WELCOME TO SPRINT CARS: Alex Bowman Racing will make its World of Outlaws Sprint Car Series debut this weekend with 2019 USAC National Sprint Car champion C.J. Leary behind the wheel of the #55. A two-time NASCAR Cup Series winner, Bowman himself has never competed in the Winged Sprint Car ranks, but has turned a few practice laps and is scheduled to run his first race this summer.

As for now, the #55 program is built around Greenfield, IN native C.J. Leary driving and Joe Gaerte as crew chief. Gaerte’s career included 1989 Rookie of the Year honors and 10 World of Outlaws wins before he became a renowned engine builder and mechanic, most recently serving at Kyle Larson Racing. Along with Kokomo and Tri-State, ABR is currently scheduled to compete at Attica’s Brad Doty Classic on July 13, Eldora’s King’s Royal on July 14-17, Eldora’s Four-Crown Nationals on September 24, and Charlotte’s World Finals on November 4-6.

ALL STARS VS. OUTLAWS: With the All Star Circuit of Champions on a bye week, several of their top drivers will make the trip to compete against the World of Outlaws at Kokomo and Tri-State. Leading the charge is Monrovia, IN native Justin Peck, who outside of Brad Sweet is arguably the hottest sprint car driver in the country. Aboard the Tom Buch owned #13, Peck has topped weekly action at Port Royal Speedway, Williams Grove Speedway, and won the All Stars opener at Attica Raceway Park last weekend.

Cory Eliason and Rudeen Racing picked up six top-tens through the first nine World of Outlaws races and they’ll be back this weekend. Tyler Courtney of Indianapolis, IN, who finished ninth at Volusia in February, races at two familiar tracks this weekend in the Clauson-Marshall Racing, NOS Energy Drink #7BC. Also expected to compete is Zeb Wise of Angola, IN in the Wise-Priddy Racing #10, Hunter Schuerenberg of Sikeston, MO in the Vermeer Motorsports #55, and Ian Madsen of St. Mary’s, NSW, AUS in the McGhee #11.

HOOSIERS AT HOME: For Kraig Kinser of Bloomington, IN and Parker Price-Miller of Kokomo, IN, this weekend represents the first two of four Indiana dates on the World of Outlaws calendar. It’s a chance for them to not only race close to home and cut back on their windshield time, but its a golden opportunity to defend their home turf with friends and family in attendance.

Ironically enough, PPM, has been strong at Tri-State and struggled at his home track in Kokomo; whereas Kinser has been excellent at Kokomo and faced challenges at Tri-State. The Haubstadt 1/4-mile is home to Price-Miller’s first career World of Outlaws win in 2017, and the Kokomo 1/4-mile is where Kinser found victory lane in both 2005 and 2012.

NON-WING TERRITORY: In a world full of Outlaws, Indiana is still largely ruled by the non-wing contingent. Each year at Kokomo and primarily Tri-State, those wingless warriors cover up their cockpit and go to battle with The Greatest Show on Dirt. The perfect example came just last year when Carson Short of Marion, IL stunned the Outlaws by leading all 30 laps and beating Haudenschild, Gravel, Macedo and Sweet. In comparison to Short’s 114 career USAC National Sprint Car Series starts, he won at Haubstadt in only his 11th try with the Outlaws.

Other non-wing runners expected to come play with wings this weekend are Clinton Boyles of Greenwood, MO, a former POWRi WAR Champion; Robert Ballou of Rocklin, CA, the 2015 USAC National Sprint Car champion; Paul Nienhiser of Chapin, IL, who has four Outlaw top tens, but is now full-time USAC; Jadon Rogers of Worthington, IN, the reigning USAC Rookie of the Year; and of course C.J. Leary, a former USAC National champion driving for Alex Bowman.

STEADY DOES IT: If it weren’t for the otherworldly dominance of Brad Sweet, his fellow Outlaws behind him would be sitting in a much better position. Nonetheless, their consistency to kickstart the 2021 campaign will be vital as the Series heads the down stretch of a grueling and unpredictable 83-race schedule.

Logan Schuchart and the Shark Racing, Drydene Performance Products #1S have finished top-ten in all 11 races, a career-best which has propelled the Hanover, PA native to second in the standings. Meanwhile, Sheldon Haudenschild is on his own record run of seven straight top-five finishes in the Stenhouse Jr. Marshall Racing, NOS Energy Drink #17, and he enters as the defending winner at Kokomo. David Gravel in the Big Game Motorsports #2 and Aaron Reutzel in the Roth Motorsports #83 each have 10 top-ten finishes this season.