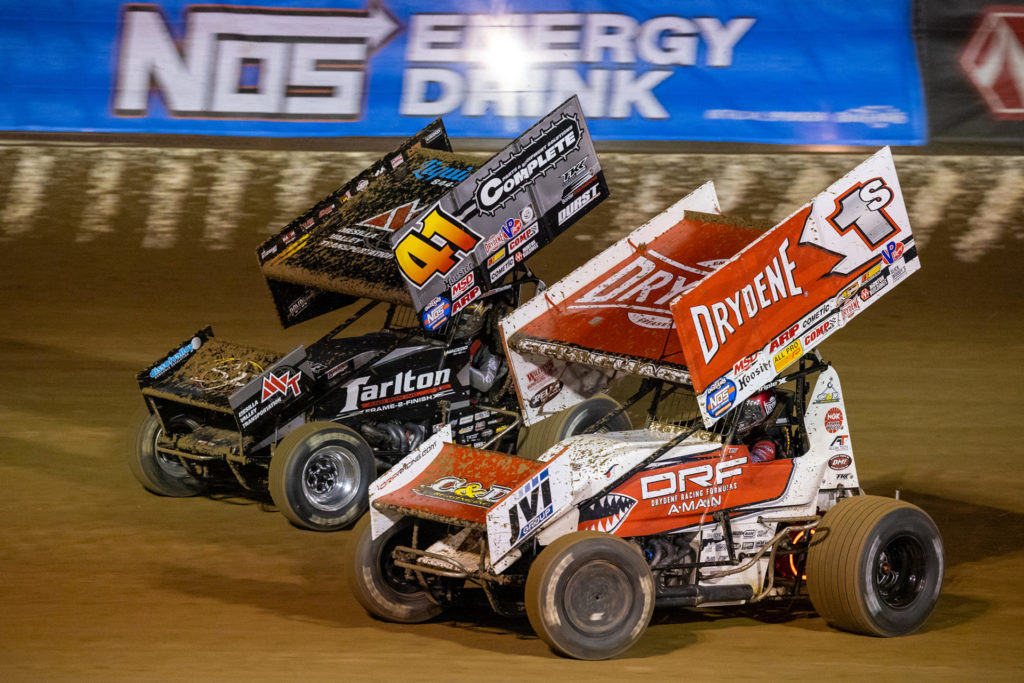 The World of Outlaws NOS Energy Drink Sprint Car Series is adding its own flair to March Madness with a nine-race slate throughout the month.

It all begins on Friday & Saturday, March 4-5 with the second annual Texas Two-Step at Cotton Bowl Speedway in Paige, TX. The Austin area 3/8-mile will host its fifth and sixth shows with The Greatest Show on Dirt.

For Texas fans, the Cotton Bowl doubleheader is a precursor to the third and final Lone Star State appearance of 2022, which comes on April 2 with the Texas Outlaw Nationals at Devil’s Bowl Speedway in Mesquite, TX.

The sixth and seventh races in a near 90-race grind will be crucial in impacting the early-season point standings. Last year, Cotton Bowl is where Logan Schuchart lost command of the top spot and gave it to Brad Sweet, who never let it go until a third consecutive championship trophy was in his hands at World Finals.

Speaking of Sweet, the Grass Valley, CA native is undeniably the favorite when the Series returns to the unique facility. In four events at the track, The Big Cat has finished on the podium every single time. The Kasey Kahne Racing #49 won the Series debut in 2016, ran second to Gravel in 2018, and finished third and first in last year’s Texas Two-Step.

“We hit on a pretty strong package there from the beginning and since then it’s been about little fine-tunings to make it better and better,” noted Sweet, who completed all 2,510 laps last year. “Hopefully we can keep our little streak alive, you know these early-season shows are important in building a championship season.”

Other former Outlaw winners at Cotton Bowl include Sheldon Haudenschild (2021) and David Gravel (2018). The Stenhouse Jr. Marshall Racing, NOS Energy Drink #17 has finished eighth, first & fifth in the last three shows, while Gravel has never left the top-10 with results of third, first, ninth & fourth for two different teams, including his newest championship contender in the Big Game Motorsports #2.

Donny Schatz and Logan Schuchart have also finished top-10 in each of the four previous events, looking to make it six-for-six next month. Schatz is trying to win at his 89th different track aboard the Tony Stewart/Curb-Agajanian Racing #15, while Schuchart could surpass his grandfather and car owner Bobby Allen with a 31st career win in the Shark Racing #1S.

Of the 14 full-time Outlaws in 2022, 12 of them have previous experience at the Cotton Bowl 3/8-mile. Only Kevin Gobrecht Rookie of the Year contenders Spencer Bayston and Noah Gass will be making their debut at the track.

“I remember watching the races last year on DIRTVision, and you can tell it’s a cool little bullring,” Bayston said. “Very paperclip esque with the long straightaways and tight corners. It’ll be interesting to get down there and actually get a feel for it inside the car. I know the CJB guys were rolling pretty good there last year, so I hope we can keep that speed alive.”