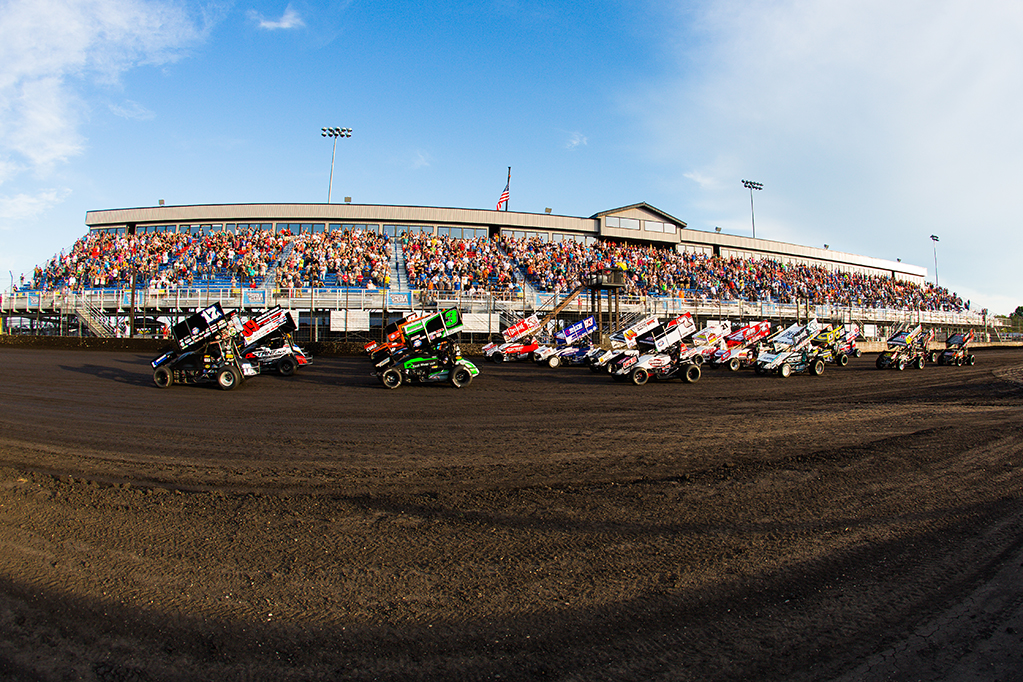 World of Outlaws "Summer of Money" Opens with Potential $180,000 Payday

The “Month of Money” has turned into the “Summer of Money.”

From June 20 through September 22, the World of Outlaws NOS Energy Drink Sprint Car Series will race for a $20,000 winners share on nine occasions.

It all starts with an unprecedented week of racing at South Dakota’s Huset’s Speedway and Minnesota’s Jackson Motorplex – a week that has been titled THE SHOWDOWN. The Greatest Show on Dirt will battle in five programs over six nights at the two tracks, with one driver capable of taking home a whopping $180,000 if they sweep both finales.

Here’s where it gets real good: if you sweep Tuesday’s finale at Huset’s and Saturday’s finale at Jackson, you cash in on a huge $100,000 bonus to go on top of your race winnings.

For David Gravel and Big Game Motorsports, THE SHOWDOWN is a huge week on the financial front and the personal front.

Based out of Windom, MN, located a half-hour from Jackson, the Big Game #2 is owned by Tod Quiring, as is the Huset’s Speedway and Jackson Motorplex. Giving Gravel all the more reason to double down and give his boss a home victory of epic proportions.

Already this season, Gravel is a four-time World of Outlaws winner and has propelled Quiring’s #2 to second in the championship chase. The Watertown, CT superstar has yet to break through in Outlaws competition at Huset’s or Jackson, so his first victories could come in a massive manner.

“I’m really looking forward to that week,” Gravel noted on THE SHOWDOWN. “Tod [Quiring] and everyone involved at Huset’s and Jackson have a vision to build this into a huge week of racing. There’s so much money on the line, and that’s a great start to a big summer for us. I’m just excited to have Jackson Nationals back, let alone adding Huset’s 50 early in the week. I think we’ll have some great crowds, and hopefully we can put on a great show.”

Logan Schuchart of Hanover, PA enters as the defending champion of the of the AGCO Jackson Nationals. Last year, he and his Drydene Performance Products #1S topped the final two features and left with all the loot en route to finishing a career-best second in World of Outlaws points.

After starting his 2021 campaign on a hot streak with 11 top-1os in the first 11 races, Schuchart has battled through a bit of a rough spell in the months of April and May. The Shark Racing crew has recently recovered and gotten back on track, finding their second win of the year at Bridgeport (NJ) Motorsports Park and rattling off four-straight top-10s.

He’ll return to the Jackson Nationals with hopes of becoming the first back-to-back champion since Terry McCarl last did it in 2003 and 2004.

“There’s a lot of money on the line, and that’s something we as the racers always appreciate,” Schuchart said. “We’ve run really good at all the big money tracks lately, so hopefully we can put this little rough spell behind us and get on a hot streak with all of these big shows coming up.”

Since the World of Outlaws sanction returned to the Jackson Nationals, other champions alongside Schuchart include Brad Sweet in 2017 and 2019, and Donny Schatz in 2018. Sweet and Schatz are also the only two full-time drivers with World of Outlaws wins at both Huset’s and Jackson.

Another nine races remain until THE SHOWDOWN arrives, but the championship battle is still as interesting as can be with 56 total events left on the 2021 calendar.

Two-time and defending Series champion Brad Sweet has held on to the top spot since March, but the lead is as slim as it’s been in two months for the Kasey Kahne Racing #49.

The full payout of THE SHOWDOWN can be found below.