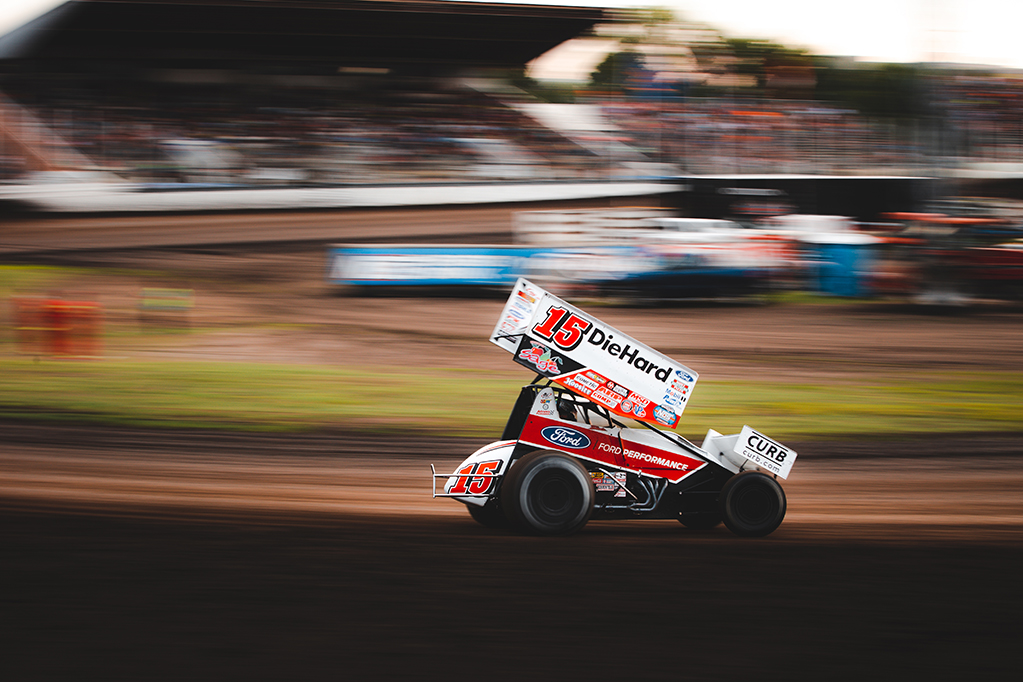 We’ve rolled through the Dirty South, we’ve roared through the Midwest, and soon we’ll be rumbling along the East Coast, but this time next month we’ll be getting our first taste of the Northern Tour in 2021.

Scheduled to make the first appearances of the season in both North Dakota and Minnesota, the World of Outlaws NOS Energy Drink Sprint Car Series will open a busy month of June at River Cities (ND) Speedway on Friday, June 4 and Granite City (MN) Speedway on Saturday, June 5.

In recent years, both northern establishments have groomed themselves into two of the most-anticipated tracks on the 80+ race schedule. In fact, they both offered race of the year vibes in their most recent appearance with The Greatest Show on Dirt.

Granite City’s 2019 show saw Brad Sweet & David Gravel trade the lead over the closing laps all while bouncing it off the fence. In River Cities’ 2020 thriller, Kyle Larson stunned Logan Schuchart and the world with his miraculous last-lap pass at the checkered flag.

For 10-time Series champion Donny Schatz, the Northern Tour is always a welcomed sight for the Fargo, ND. Not only does he lead the way with the most wins at both River Cities and Granite City, but it’s a chance to go back home for the pilot of the Tony Stewart/Curb-Agajanian Racing, Ford Performance, Carquest #15.

The weekend begins at River Cities, where Schatz has amassed a staggering 12 victories in 26 World of Outlaws events at the 1/4-mile. His 46% winning percentage at the Grand Forks, ND bullring is far and away better than his closest challenger. In fact, Craig Dollansky (3 wins), Steve Kinser (2 wins), and Joey Saldana (2 wins) are the only other multi-time winners at the track.

Outside of Schatz, only three of the current 15 full-time competitors have made the trip to River Cities victory lane. Logan Schuchart of Shark Racing, David Gravel of Big Game Motorsports, and Kraig Kinser of Kinser Racing each have one triumph to their name.

“You always look forward to getting to race close to home,” said Schatz. “You get to sleep in your own bed. See all the local fans, friends and family. It’s the highlight of the year for me. I can’t wait. We are pretty lucky that we get to go home twice. We race there in June and August.”

When it comes to Granite City Speedway, the Sauk Rapids, MN track is still relatively new to the World of Outlaws Sprint Car Series. Only four previous events in 2015, 2016, 2017 and 2019 have been held at the 3/8th-mile venue.

Like River Cities, Schatz is the winningest driver at Granite City as well, with breakthroughs in 2015 and 2017 during his championship campaigns. The only other victors at the Minnesota facility are Shane Stewart in 2016 and Brad Sweet during the last visit in 2019.

As far as the championship chase is concerned, Brad Sweet and the Kasey Kahne Racing, NAPA Auto Parts #49 are continuing the same onslaught they’ve laid on the World of Outlaws for the past two years. The Big Cat has topped eight of the first 18 races (fourth time in history) and currently leads David Gravel and the Big Game Motorsports #2 by 90 points.

All four Kevin Gobrecht Rookie of the Year contenders will enter on equal footing as all have little-to-no experience at River Cities and Granite City. Through the first 18 of 83 events this season, Aaron Reutzel (Clute, TX) of Roth Motorsports and James McFadden (Alice Springs, NT, AUS) of Kasey Kahne Racing are the only rookie winners. Parker Price-Miller (Kokomo, IN) and Brock Zearfoss (Jonestown, PA) have had some strong runs to their own credit as well.