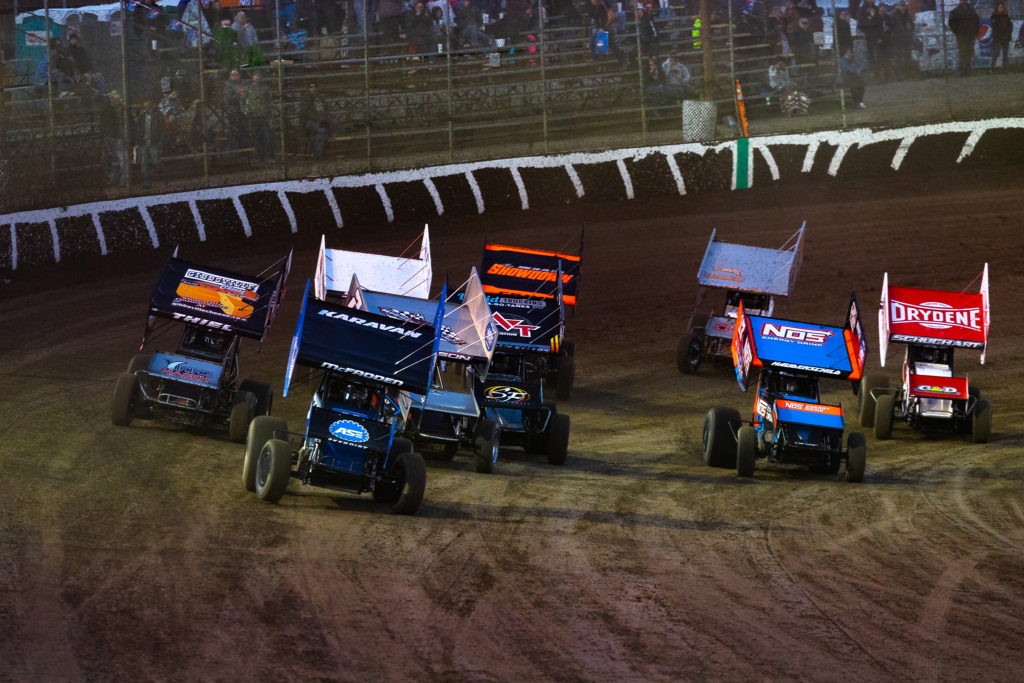 Upcoming Races at US-36, Lake Ozark, I-55, Tri-City & Tri-State for World of Outlaws

Just like the song, the World of Outlaws NOS Energy Drink Sprint Car Series races from sea to shining sea and everywhere in between.

The Greatest Show on Dirt has already seen Florida’s ocean, California’s coast, the southwestern desert, and now the Midwest awaits. Following this weekend in Oklahoma and Texas, a three-week swing through Missouri, Illinois, and Indiana headline the heart of April’s 10-race schedule.

It all starts with a mega Missouri doubleheader on April 8-9, a weekend that truly features the best of both worlds for Sprint Car fanatics. Alongside the winged warriors of the World of Outlaws is the newly-formed Xtreme Outlaw Sprint Cars presented by Low-E Insulation, a non-wing Series that will create a can’t miss weekend at US-36 and Lake Ozark.

The most recent appearance at US-36’s 1/4-mile bullring offered the second-closest finish (0.118 seconds) over the last 100 races with Sheldon Haudenschild topping Brad Sweet in an instant classic during the fall of 2020. The Osborn, MO facility is one of six tracks to have seen a nine-second lap (9.84) with the World of Outlaws.

On Saturday, April 9, the Jason Johnson Classic returns to Lake Ozark Speedway as the Series remembers The Ragin’ Cajun. Defending winners include Brad Sweet, James McFadden, and David Gravel, but all eyes will be on Carson Macedo attempting to win it aboard the Jason Johnson Racing, Albaugh #41.

The Friday, April 22 slot brings The Greatest Show on Dirt back to Tri-City Speedway for the first time in 14 years. 10-time Series champion Donny Schatz won the most recent appearance at the Granite City, IL 3/8-mile in 2008, which was his fifth of 200+ victories driving the Tony Stewart/Curb-Agajanian Racing #15.

One of the most unpredictable venues on the schedule returns on Saturday, April 23 with Tri-State Speedway taking center stage. The Haubstadt, IN 1/4-mile paper clip has produced five first-time winners across 42 races, including notables Parker Price-Miller and Carson Short in recent years. Among full-timers, Carson Macedo and David Gravel – both with two wins – are the only ones to conquer the unique facility.

With another week until the next swing starts, Grass Valley, CA’s Brad Sweet currently leads the early-season standings in pursuit of his fourth consecutive World of Outlaws championship. Closely behind him is Carson Macedo (-20), David Gravel (-22), Sheldon Haudenschild (-46), and Giovanni Scelzi (-88), with each of those four claiming two victories apiece as of now.

For fans unable to attend, you can watch every lap LIVE on DIRTVision.