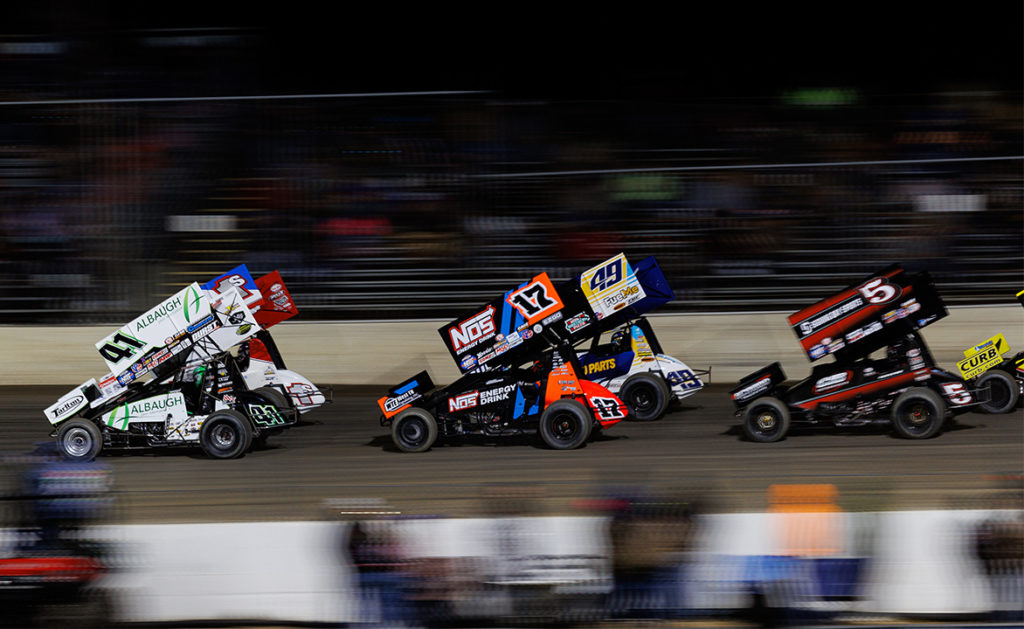 The Greatest Show on Dirt returns to Federated Auto Parts Raceway at I-55, Aug. 5-6, to again determine who is the Ironman of the 1/3-mile track.

The World of Outlaws NOS Energy Drink Sprint Car Series will be joined by the Xtreme Outlaw Midget Series presented by Toyota – making their debut at the track – for two nights of “fighter jets in a gymnasium” action.

Along with the iconic dumbbell trophy, one Sprint Car driver could walk away with $28,000 for the weekend if they’re able to sweep Friday’s Night Before the Ironman and Saturday’s 55-lap Ironman – like Sheldon Haudenschild was able to last year. And for the Xtreme Outlaw Midgets, there will be $9,000 in total on the line between the two days.

Notables: Already having a career season in his Stenhouse Jr./Marshall Racing #17 car, matching his season-high win count before July, Sheldon Haudenschild may have everyone thinking they’re competing for second. The Wooster, OH driver swept the Ironman 55 weekend last year and has four wins in total at the Missouri track in the last three years.

However, on par with those stats is three-time and defending champion Brad Sweet. The Kasey Kahne Racing driver also has four wins at I-55 in the last three years but has yet to win the Ironman.

Notables: The Xtreme Outlaw Midget Series presented by Toyota has held three races so far in its debut season with three different winners. Gavan Boschele won the inaugural event at Millbridge Speedway. Then, there were two first-time national midget winners and the first back-to-back female winners in a national dirt racing event. Taylor Reimer was deemed winner of the second Millbridge race and then Jade Avedisian won at Jacksonville Speedway.

Last year at I-55, Brent Crews swept the POWRi Lucas Oil National Midget League events during the Ironman 55. He’s ran two events with the Xtreme Outlaw Midgets, so far, earning a best finish of fifth at Millbridge. Chase McDermand is the latest Midget driver to have won at I-55, picking up the victory with POWRi in April.

Proving to be a breeding ground for young rising talent, Spencer Bayston – now the leading Rookie of the Year candidate with the World of Outlaws – won the Midget race during the Ironman weekend in 2020.

The Xtreme Outlaw Midgets will host the Ironman weekend in conjunction with POWRi, bringing out the best Midget drivers for both nights.