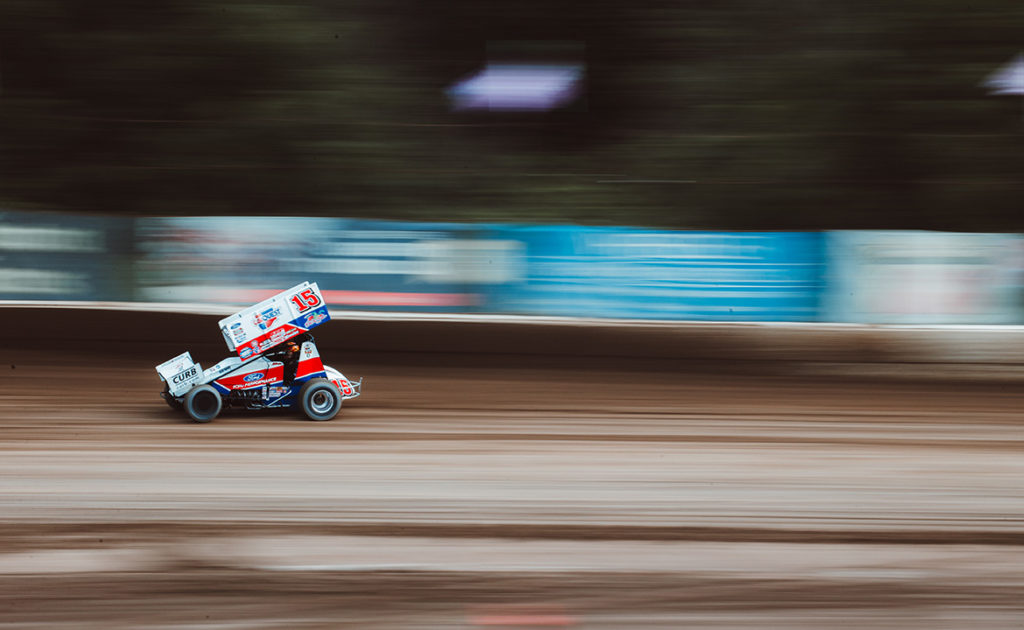 The championship points battle rages on at Lakeside Speedway, kicking off a five-race dash to the end
The World of Outlaws NOS Energy Drink Sprint Car Series will take to the track at Lakeside Speedway in Kansas City for the 11th consecutive year on Friday, Oct. 16.
For the fourth straight season, the event will again coincide with the NASCAR weekend at Kansas Speedway, which is less than 10 miles from Lakeside Speedway.
Donny Schatz earned a historic victory last year at Lakeside Speedway as it was the first time a Ford-powered machine had won with the World of Outlaws in more than 20 years. Schatz took the lead from hometown favorite Brian Brown on lap-13 and stayed out front for the rest of the 30-lap contest. For Schatz, it was his second win at Lakeside to go along with a triumph in 2015.
Daryn Pittman, the 2013 Series champion, won for the second time at Lakeside in 2018. The Owasso, OK native’s first win at the speedway came in 2003. He’ll be aboard the Heffner Racing #72 for the event as he finishes out his final full-time season on the Outlaws tour with the Pennsylvania-based team.
Brown picked up a very popular win at Lakeside in 2017. The veteran driver, who hails from nearby Grain Valley, MO, held off Sheldon Haudenschild and Schatz for that victory. Brown led early, before Kerry Madsen took control of the race, only to have a tire go flat, while holding nearly a nine-second lead. Brown inherited the lead at this point and went on to pick up the win.
Brad Sweet, the reigning Series champion, won at Lakeside for the first time in 2016. Sweet is the current World of Outlaws point leader, with a 38-point lead over Logan Schuchart. Sweet has won eight races this season, while Schuchart has taken the checkered flag on six occasions.
Schatz is currently third in points, with four wins, with Haudenschild, who has six victories, in the fourth spot in the standings. Carson Macedo, the reigning Kevin Gobrecht Rookie of the Year Award winner, rounds out the current top-five in points.
David Gravel has six wins thus far in 2020 and is sixth in points, after missing a couple of races earlier this season due to other racing commitments. Pittman is seventh in points, with Jacob Allen, who earned his long-awaited first-career Outlaws win last month, riding eighth in the standings. Parker Price-Miller is currently ninth, with Kraig Kinser rounding out the top-10. Jason Sides is just outside of the top-10.
Wayne Johnson and Mason Daniel are battling for the Kevin Gobrecht Rookie of the Year Award this season. Johnson currently holds a slim 36-point advantage.
Tickets for the World of Outlaws NOS Energy Drink Sprint Car Series visit to Lakeside Speedway in Kansas City on Friday, October 16 can be purchased in advance online at https://slspromotions.ticketforce.com or by calling 815-344-2023. Tickets can also be purchased at the track on race day.