WHAT TO WATCH FOR: Northern Tour Takes Outlaws to North Dakota, Minnesota 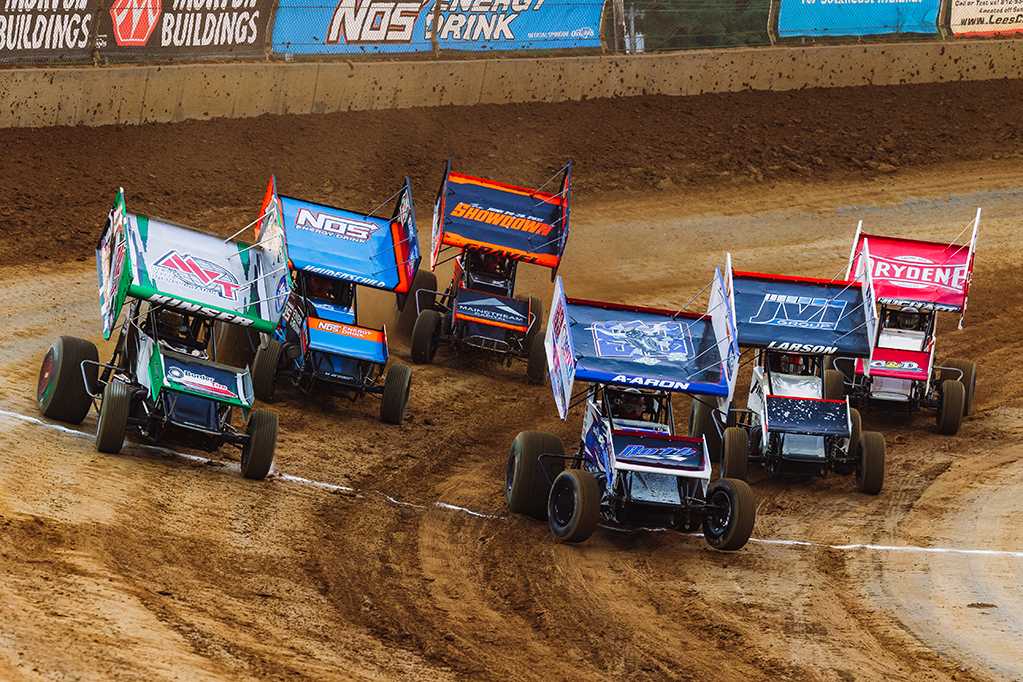 We checked out the East Coast and the “Corn Coast” of Indiana, now it’s off to the Northern Tour.

This weekend, the World of Outlaws NOS Energy Drink Sprint Car Series visits North Dakota and Minnesota for the first time this season as a busy month of June begins for The Greatest Show on Dirt.

Up first, we’re heading to Schatz-ville AKA River Cities Speedway in Grand Forks, ND on Friday, June 4. It’s a track that 10-time Series champion Donny Schatz has mastered, and a track where he’d love to claim a monumental milestone victory at.

Following that, the Outlaws return to Granite City Speedway in Sauk Rapids, MN on Saturday, June 5. Defending champion and current points leader Brad Sweet is the most recent winner at the track, but his Kasey Kahne Racing #49 has been feeling the heat from David Gravel and Carson Macedo lately.

Here are some of the top storylines to follow this weekend:

HOME SWEET HOME: For the first time this season, Fargo’s Donny Schatz heads home to his native state of North Dakota. The 10-time Series champion leads the World of Outlaws to River Cities Speedway in Grand Forks, ND on Friday night for the first of three appearances in The Peace Garden State in 2021.

Over his 25 seasons as a full-time World of Outlaws driver, Schatz has ruled River Cities like none other. Out of 26 trips to the 3/10-mile oval, Schatz has won 12 of them. That’s a stunning 46% winning percentage when it comes to his home track. It’s also the site of his first-ever Sprint Car win from back in 1994.

The stage is set perfectly for Schatz to contend for his first win of the World of Outlaws season at the Grand Forks facility, located just over an hour from his Fargo residence. On Saturday, the Series heads to Granite City (MN) Speedway where Schatz has taken two of four Features contested at the track.

“BEST DIRT TRACK”: Previously, River Cities Speedway proudly boasted the @BestDirtTrack handle on their Twitter account. The Grand Forks, ND faithful love their racing and will stick to their guns that they’ve got one of the best tracks in the whole country. World of Outlaws Sprint Car Series Announcer Johnny Gibson agrees, calling it his personal favorite.

Watch just about any World of Outlaws show at River Cities and you’ll quickly see why. Need a quick example? Take a look at last year’s trip to the bullring. Kyle Larson stole the win from Logan Schuchart in the final corner, a move that stunned the entirety of everyone in attendance and those watching on DIRTVision.

EVERY POINT MATTERS: There’s no playoff and no chase when it comes to the World of Outlaws Sprint Car Series. It’s a grind of 80+ races from February to November, meaning every single race and every single point matters on every single night. With that pressure comes the importance of not only minimizing your losses, but also capitalizing on your opponents mistakes.

Brad Sweet, who currently leads the points in pursuit of his third-straight championship, is coming off a whirlwind night at Lawrenceburg (IN) Speedway on Monday. The Kasey Kahne Racing, NAPA Auto Parts #49 crashed big in Heat Race competition and rolled out the backup. They salvaged their night with a 24th-to-7th charge and extended their points lead through 27 of 83 races.

Opposite of Sweet is Big Game Motorsports #2 driver David Gravel (-66) and Jason Johnson Racing #41 pilot Carson Macedo (-90). Both combatants have taken advantage of Sweet’s rough six-race streak (8.3 average finish) and narrowed the gap. They’ll get another shot on Friday night at River Cities, where Sweet has never won, but then it’s on to Granite City where The Big Cat is the most recent victor.

TURNING OF THE TIDE: It’s been a tale of two streaks for Logan Schuchart and Aaron Reutzel. Since the Series left Williams Grove, where Schuchart suffered a massive crash and Reutzel took down the $15,000 Morgan Cup, both of their fortunes have reversed.

Schuchart, who earlier this season led the points until a rough spell hit the Shark Racing #1S, has since rebounded with five-straight top-ten finishes including his second win at Bridgeport and a second-place run at Lawrenceburg.

For Reutzel, it’s been the exact opposite. He’s been consistent all year in the Roth Motorsports #83, but since his Williams Grove win has experienced his worst four-race run of the year. Accidents at Bridgeport, Attica, Sharon & Lawrenceburg has sent the Clute, TX native falling from fourth-to-seventh in the points.

BUCKLE UP: This weekend’s Northern Tour is only the beginning of a massive month of June. A total of 12 nights of racing await The Greatest Show on Dirt this month. Following River Cities and Granite City, the Outlaws visit Knoxville (IA) Raceway for the first time this season.