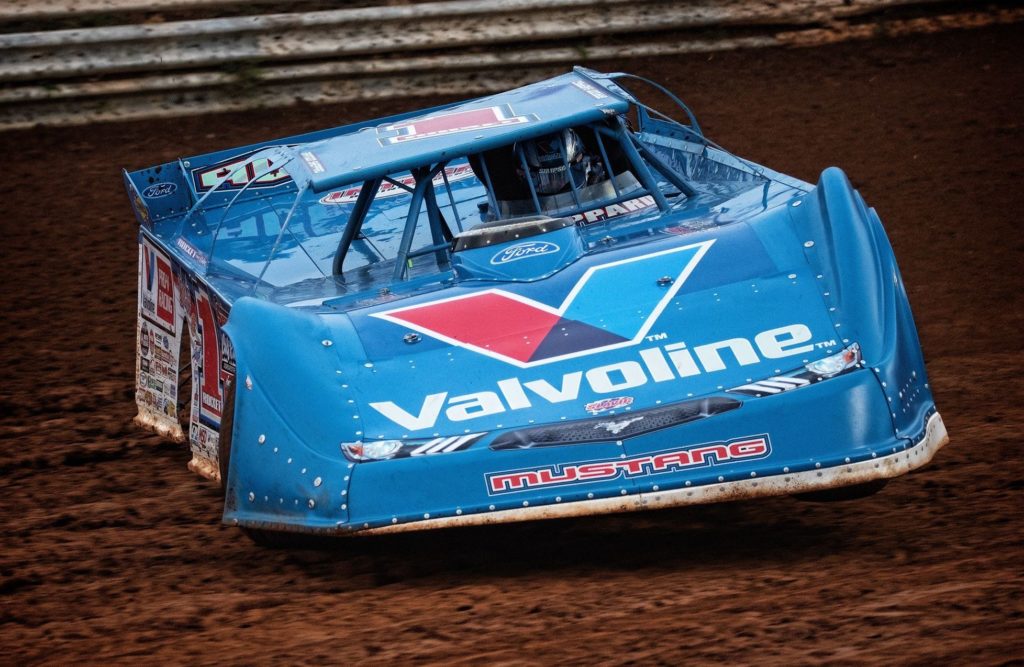 The PA Posse put four Pennsylvania natives inside the top five on Friday night at Williams Grove Speedway, but Brandon Sheppard of New Berlin, Ill. outran every single one of them on their home turf.

Winning at the iconic Mechanicsburg, Pa. half-mile for the second year in a row, B-Shepp continued his Keystone State dominance with another flag-to-flag score following his Thursday night victory at Lincoln Speedway in nearby Abbottstown. He’ll have a chance to make it a weekend sweep with the perfect hat trick when the World of Outlaws Morton Buildings Late Model Series rolls to Erie, Pa. for a Saturday night show at Eriez Speedway.

The Rocket1 Racing No. 1 has now led 90 consecutive feature laps in feature action, with his latest ruling marking his 13th series win of 2020 and the 68th of his surreal career. At just 27 years old, the good ‘ole boy from Illinois is only nine victories shy of matching Josh Richards (77) as the winningest driver in World of Outlaws history.

“I really love this race track,” Sheppard fondly noted after his second win at Williams Grove. “This is just such a legendary place. I always dreamed of coming here as a kid, so to come here and race this Rocket house car and win the way we do, it’s special to me. This car has just been phenomenal, I can’t thank all my guys and our sponsors enough. This ride has been unbelievable. We’re gonna ride this streak out as long as we can.”

Topping his Team Drydene heat race and drawing the second slot for the second night in a row, Sheppard took full advantage of his outside position and muscled around polesitter Cade Dillard to lead the opening circuit. The No. 1 was steady in command throughout the opening half while the rest of the top ten jockeyed for position. The closest Sheppard came to a challenge was on lap 25 when Dillard, who had been searching all across the half-mile surface, started gaining ground and cut the gap down to five-tenths of a second with Sheppard in sight. A caution with ten to go, however, quickly changed the game.

Going over the cushion and barely keeping it off the wall, Dillard slipped from 2nd-to-5th, and then back to 7th, on the restart while a quartet of Pennsylvanian’s plus Sheppard’s championship rival, Ricky Weiss, came into the picture. A caution just four laps later shifted the frontrunners once again with Weiss’ No. 7 Team Drydene machine heading pitside with a flat left rear tire while running fourth.

From there, “The Rocket Shepp” aced the final restart and paced himself over the last six laps to score the $10,000 win at Williams Grove for the second straight year. Chased by a legion of PA Posse faithful, Sheppard’s 13th World of Outlaws win of the season came in front of Gregg Satterlee (Indiana, PA), Rick Eckert (York, PA), Mason Zeigler (Chalk Hill, PA) and Gene Knaub (Dover, PA).

Earning a second-place effort, Indiana, PA’s Gregg Satterlee ended a 1,568-day drought with his first World of Outlaws Morton Buildings Late Model Series podium finish since May 6, 2016 at Kentucky’s Ponderosa Speedway. Coming from the seventh spot, “The Truth” piloted the No. 22 to third by lap 11 and capitalized in the late running to go by Dillard for the runner-up result. The three-time World of Outlaws winner admitted his crew is heading in the right direction with the changes they’re making.

“Last night was an off night with the stuff we were trying, but we got way closer tonight,” Satterlee said on his car. “I was trying to be patient and not do anything stupid, especially the closer I got to the front. We don’t get to race with the Outlaws too often, so we like to capitalize and get these good runs when we can. I was honestly just happy keeping up with Brandon the way we were. I was hoping he would change his line up, make a mistake, anything to give me a window, but he’s about the best there is, he’s not gonna do that. I’d put that guy up against anybody in the country right now.”

Collecting Hard Charger honors with a 13th-to-3rd run, “Scrub” Rick Eckert continued his marvelous stretch with “The Most Powerful Late Models on the Planet” on Thursday night. The 2011 World of Outlaws champion did something he hasn’t done in six years. A 2nd at Cedar Lake, 2nd at Lincoln and now 3rd at Williams Grove gives the driver of the Team Drydene No. 0E three straight podium finishes, which he last did in August of 2014 at Lernerville and Selinsgrove.

“This is the second night in a row that I dug myself in a bad with qualifying, but it’s great to come out of that and get another podium run against these tough guys,” Eckert stated post-race. “My car got extremely tight there at the end. I moved the brake adjuster, turned the right front on and back off, I changed things about 20 times in those last 10 laps. I finally got to where I could roll up to Gregg, but just never got beside him to make the move I needed for second.”

Rounding out the top five at Williams Grove was Mason Zeigler in fourth with his first World of Outlaws top five finish in over a year; and local Gene Knaub of Dover, Pa. with a career-best effort in fifth-place.

For the second straight night, 20-year old Ashton Winger – the leading Rookie of the Year contender – racked up a sixth-place finish aboard his Rocket Chassis No. 12. After winning his Team Drydene heat race, The Bluegrass Bandit Darrell Lanigan slipped back to finish seventh in the 40-lapper in his Barry Wright Icon No. 29V. A consistent Chase Junghans of Manhattan, Kans. collected his 23rd top ten effort of the year with an eighth-place bid for the Shop Quik No. 18 machine. Dan Stone of Thompson, Pa. scored a ninth-place finish with Jeff Rine of Danville, Pa. coming home in tenth, making it six Pennsylvanian’s inside the top ten.

This weekend’s Pennsylvania triple header concludes on Saturday night with a stop at Eriez Speedway in Erie, Pa. for the 11th time in World of Outlaws Morton Buildings Late Model Series history. Tickets will be available for purchase at the gates or fans can watch from home with the DIRTVision FAST PASS. Hot laps are scheduled to hit the track at 6:30pm.