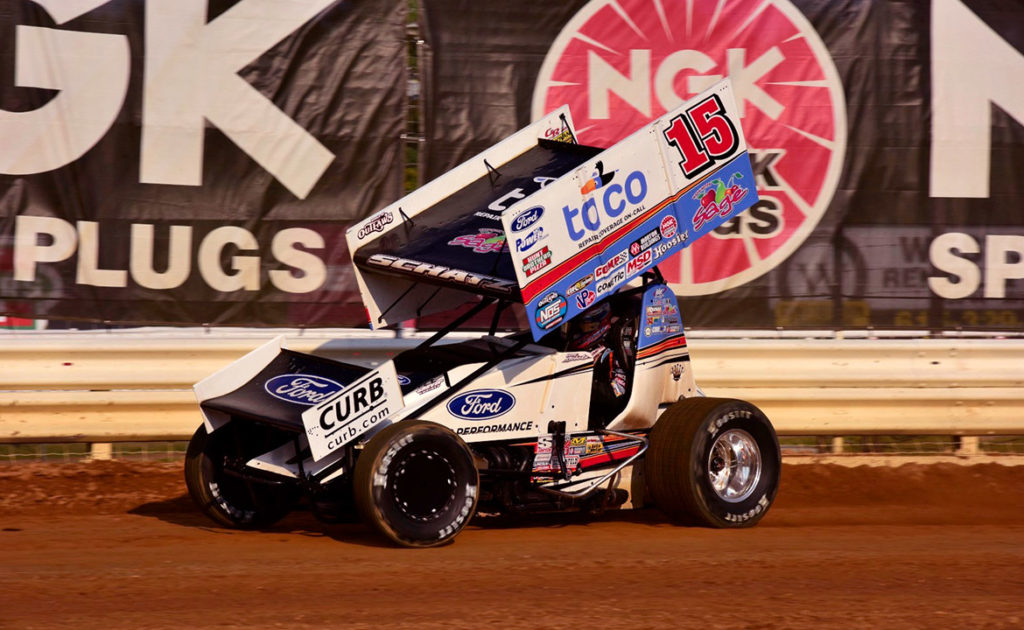 Donny Schatz and Joey Saldana traded second-place almost every lap for about half the race. Kyle Larson charged from 15th to second. There were four on track lead changes in the closing laps of the race with Schatz eventually taking the checkered flag.

The stars of the World of Outlaws NOS Energy Drink Sprint Car Series on July 16 will return to the Ohio track for the Ohio Logistics Brad Doty Classic to put on another exciting show.

Schatz, with three wins, so far, this year, after having double digit wins by this point last year, will be hungry for another win at the raceway. The 10-time Series champion and Brad Sweet, the current Series points leader, have had fierce battles for wins and the points lead all year. Usually, on every race weekend, when you spot one, the other isn’t too far behind.

Sweet is having an impressive year. He is currently the winningest driver this year with nine wins – he had a total of nine wins last year. He also leads the Series in most podium finishes, and laps led.

David Gravel, Daryn Pittman and Logan Schuchart tend to find their way battling for the win most races this year, as well. Gravel has been fast all year, setting Quick Time nine times already this year. After Sweet’s nine victories, Schuchart has the second most wins, so far, this season with four. Pittman won the two season opening races at Volusia Speedway Park. He’s been winless since, but has been on a recent string of podium finishes.

The racing at Attica Raceway Park was fierce last year and this year’s event is shaping up to be another epic high-octane thrill ride, demonstrating why the World of Outlaws is The Greatest Show on Dirt.

Click here to purchase tickets and for more information.

If you can’t be there, make sure to catch all of the action LIVE at DIRTVision.com.