WHERE IT ALL BEGAN: Original Outlaw Tracks Lawton & Devil’s Bowl Return on April 16-17 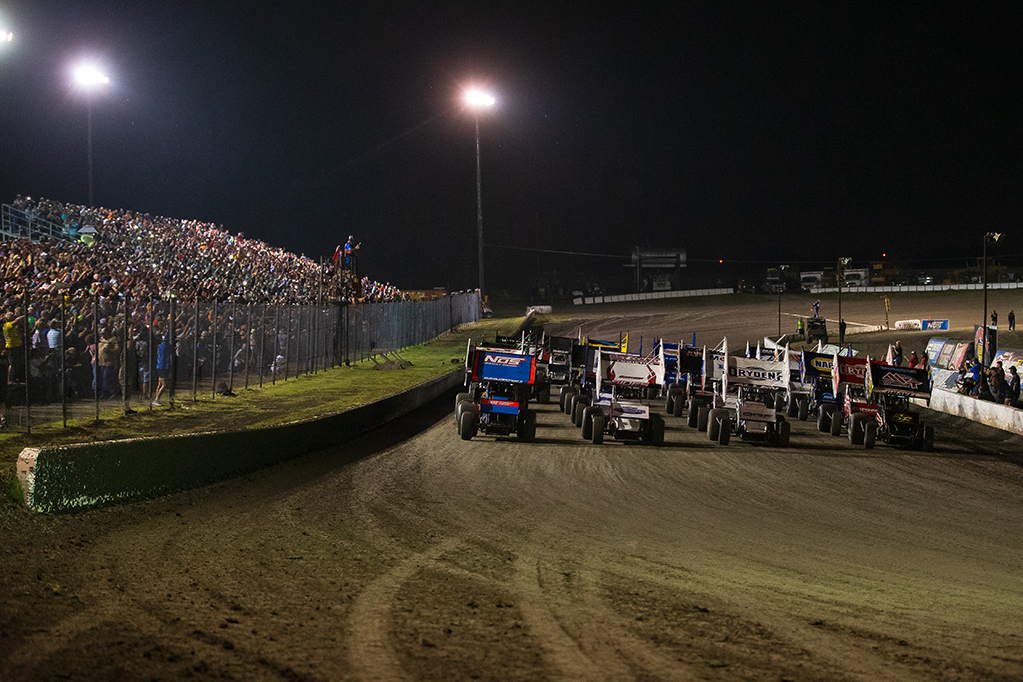 43 years ago in 1978, Lawton Speedway and Devil’s Bowl Speedway hosted the brand-new World of Outlaws in year one.

This time next month, on Friday and Saturday, April 16-17, The Greatest Show on Dirt writes its next chapter at these iconic facilities. It’s the Series’ first and only appearance in Oklahoma this year, as well as the third and final stop in Texas, preceded by this weekend’s doubleheader at Cotton Bowl Speedway.

The April doubleheader, which is the final weekend before the World of Outlaws race at dirt-covered Bristol Motor Speedway, begins on Friday, April 16 at the Lawton, OK quarter-mile.

Eight events through the Series’ first eight years (1978-85) ran through Lawton with legends Steve Kinser and Sammy Swindell each scoring three wins, while Rick Ferkel and Jeff Swindell both had one victory. After a 25-year hiatus, the Outlaws returned in 2020 highlighted by an emotional home-state win for Owasso, OK native and 2013 World of Outlaws champion, Daryn Pittman.

For Wayne Johnson, the defending Kevin Gobrecht Rookie of the Year, it’s his only chance to race close to his Oklahoma City, OK home. He’s a multi-time winner at the track in ASCS competition, including a victory as recent as summer of 2018. In his only World of Outlaws start at Lawton in 2020, Johnson finished 14thth.

“Lawton is my home track,” Johnson noted on how special it is. “I live just about 70 miles from there, and I’ve been racing there since I was 16 years old. You’d think I’d have some sort of home field advantage there, really. We’ve won a lot of races there with ASCS. If I’m ever gonna win one of these Outlaw races, this is the one I want to win in front of my family and friends.”

The next night on Saturday, April 17, the World of Outlaws Sprint Cars return home to Devil’s Bowl Speedway, where the Series was born on March 18, 1978. The Mesquite, TX half-mile has Outlaw heritage dating back four decades with countless iconic moments from beginning to now. With 87 previous events, Devil’s Bowl ranks fifth behind Williams Grove, Eldora, Knoxville and Lernerville for most Series events.

Paying $20,000-to-win the Texas Outlaw Nationals, the April 17 date at Devil’s Bowl will be the highest-paying show of the season for at least one week until Bristol takes that honor.

A native of Sunnyvale, TX, Sam Hafertepe Jr. has been turning laps around Devil’s Bowl since he was a little boy. Now, he’s returning to the half-mile with his best shot ever at winning a World of Outlaws feature at his home track. The five-time ASCS National Tour champion already has a bundle of 360 victories at the track, but a 410 win would be extra special.

“I grew up racing there, so it just means a little bit more to me,” Hafertepe spoke on his home track, “Racing there for me, that’s where the Outlaws started and it’s got a ton of history. Turns three and four at Devil’s Bowl is probably my favorite two turns in racing, period. It’s just a place I’ve really gotten comfortable around. I feel like I could drive blindfolded there sometimes. I always feel like we have an advantage when we pull into the gate, whether it’s a 360 or 410 under the hood. It’s cool to have so many family and friends come out to support you as well.”