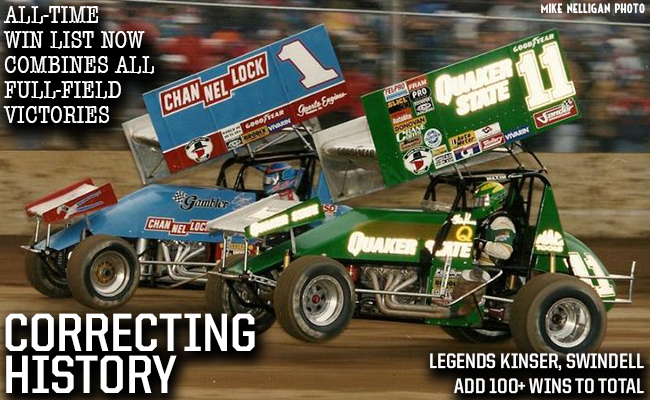 For the bulk of its lifespan — until 2007 — the World of Outlaws credited only the winner of the finale of any multiple-day show with an official win. Over the course of forty years, hundreds of races weren’t officially counted as full point shows, and the drivers who won those races weren’t credited with official World of Outlaws wins. As we celebrate our 40th anniversary, the time has come to revise the victory totals. After much discussion and debate, the Series has retroactively credited all previous FULL-FIELD preliminary wins as official wins. Below is the revised list, calling out the change from previous counts.