WHAT TO WATCH FOR: World of Outlaws Late Models head to the Prairie State for Illini 100 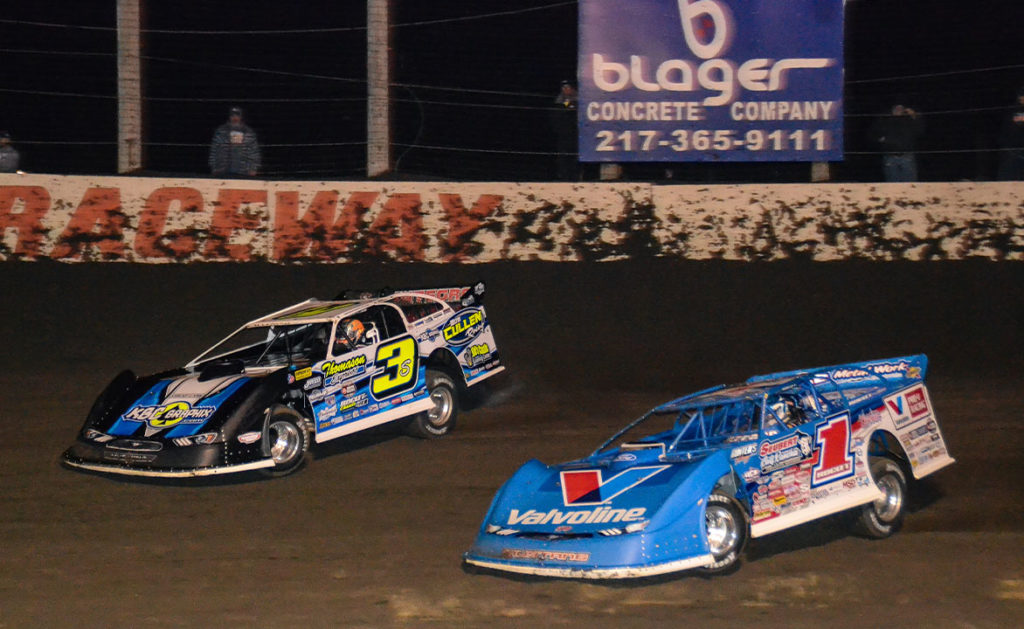 The Series gears up for two nights of action at the 1/4-mile track, with one driver possibly walking away with $26,000 in winnings between the two nights.

Hot Laps are scheduled to start at 6pm on Friday, and 5pm on Saturday.

Fans can also meet the drivers during an autograph session on Saturday, from 3pm to 4pm.

Teams will get a practice session on Thursday, April 1.

After six races, Kyle Strickler has a 66-point lead on three-time and defending champion Brandon Sheppard. Strickler is still the only two-time winner on the Series, so far.

The World of Outlaws Late Models have run 16 races at Farmer City Raceway, with eight different winners. Brandon Sheppard is the most recent winner – April 2019. Billy Moyer has won the most, reaching Victory Lane four times.

Here are the top stories to follow this weekend:

The Push For 70 Continues: Brandon Sheppard finally picked up his first win of 2021 at Cherokee Speedway last weekend. However, that was a special event and didn’t count as an official Series victory.

Sheppard’s next official win will be the 70th World of Outlaws Late Model victory of his career.

There’s good news for the New Berlin, IL native. He’s had a lot of success at Farmer City Raceway. Sheppard has three World of Outlaws victories at the speedway, all coming in the 75-lap portion of the Illini 100.

Fighting for Victory: Brian Shirley has two World of Outlaws Morton Buildings Late Model wins in his home state at Farmer City Raceway. Both have been during the 25-lap portion of the Illini 100. He’s been close to clinching the 75-lap event, finishing second to Brandon Sheppard in the Illini 100 finale in 2017.

Overall, the Chatham, IL driver has four top-fives in World of Outlaws Late Model competition at the track.

Racing Close to home:  Brandon Sheppard isn’t the only driver looking forward to getting home this weekend. Illinois-native Dennis Erb Jr. has four wins at Farmer City Raceway. However, none have come during World of Outlaws competition.

In those races, the Carpentersville, IL native has three top-fives, and six top-10s. Two of those top-fives were during the Illini 100 in 2019.

New Territory: The Illini 100 will be a whole new ballgame for Series points leader Kyle Strickler. Friday night will be “The High Side Tickler’s” first start at the track with the World of Outlaws Late Models.

So far this season, Strickler has been the dominate driver with the most wins (two), the most top-five finishes (4) – currently the only driver with more than three top-fives – and the most top-10s (5).

The Pennsylvania campaigner enters the weekend with a 66-point lead over Brandon Sheppard and leads the hunt for Rookie of the Year.

This Week at a Glance

Around the Turn: The World of Outlaws Morton Buildings Late Model Series on Thursday, Friday, and Saturday, April 8-10, heads to Bristol Motor Speedway, in Bristol TN, for the Bristol Bash. CLICK HERE for tickets.