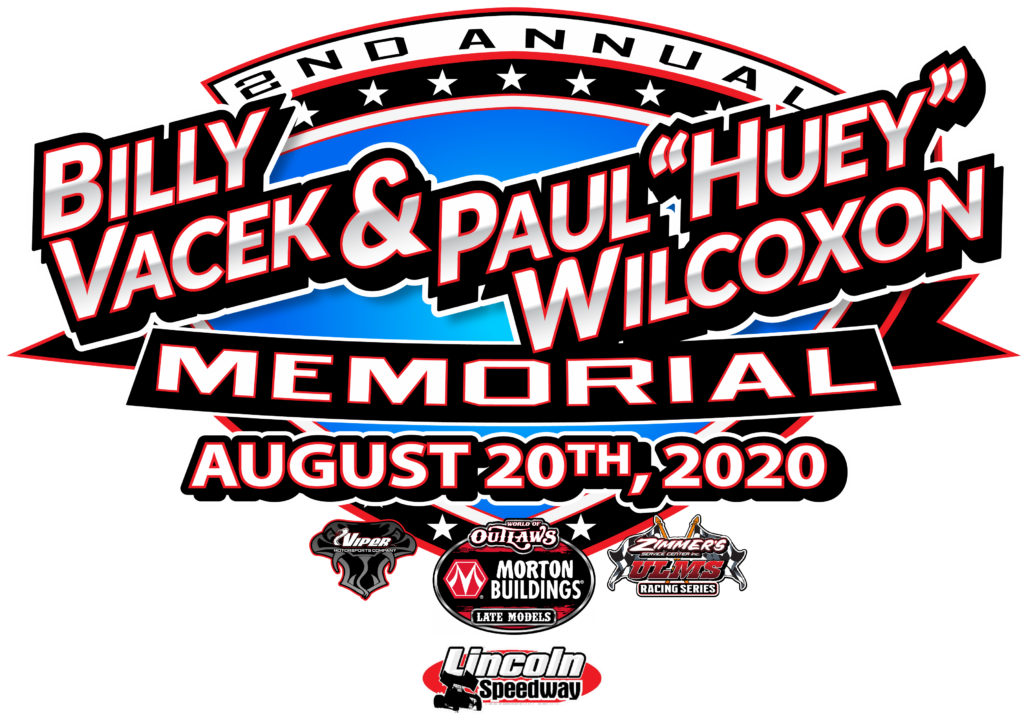 ABBOTTSTOWN, PA. – For the first time in 15 years, the World of Outlaws Morton Buildings Late Model Series is going back to Pennsylvania’s Lincoln Speedway.

Scheduled for Thursday, August 20, the second annual Billy Vacek / Huey Wilcoxon Memorial, presented by Viper Motorsports, will be a $12,000-to-win, $1,000-to-start co-sanctioned show between the World of Outlaws and the ULMS Racing Series at the Abbottstown, Pa. 3/8th-mile.

“I was really excited when we had the chance to team up with ULMS and Viper Motorsports to bring the World of Outlaws Late Models back to Lincoln Speedway,” said Series Director Casey Shuman. “It’s one of the most famed tracks in Central Pennsylvania and I know our drivers will put on a great show for the fans. This will be a great start to our four-race trip out east.”

In last year’s inaugural Billy Vacek Memorial, 2011 World of Outlaws champion Rick Eckert topped a 39-car field for a $6,000 score at Lincoln. In two weeks, “Scrub” will be among the many expected entries at the second annual race where the winnings have doubled to $12,000.

Storming into “The Keystone State” with hopes of stealing the money will be a squad of ten full-time Outlaws which includes Brandon Sheppard, Scott Bloomquist, Boom Briggs, Darrell Lanigan, Ricky Weiss, Cade Dillard, Dennis Erb Jr., Chase Junghans, Ashton Winger and Brent Larson. However, they’ll have to go through some of the ULMS top stars such as Max Blair, Chub Frank, Jason Covert, Gregg Satterlee, Wyatt Scott, Doug Eck, David Scott, and invader Bobby Pierce along with many more.

Tickets for Lincoln’s August 20 show will be available Wednesday August 5th at 2:00pm EST. Stay tuned to @WoOLateModels social media and www.woolms.com for when they go on sale tomorrow. Tickets for Williams Grove, Sharon, and Eriez are all available right now HERE.