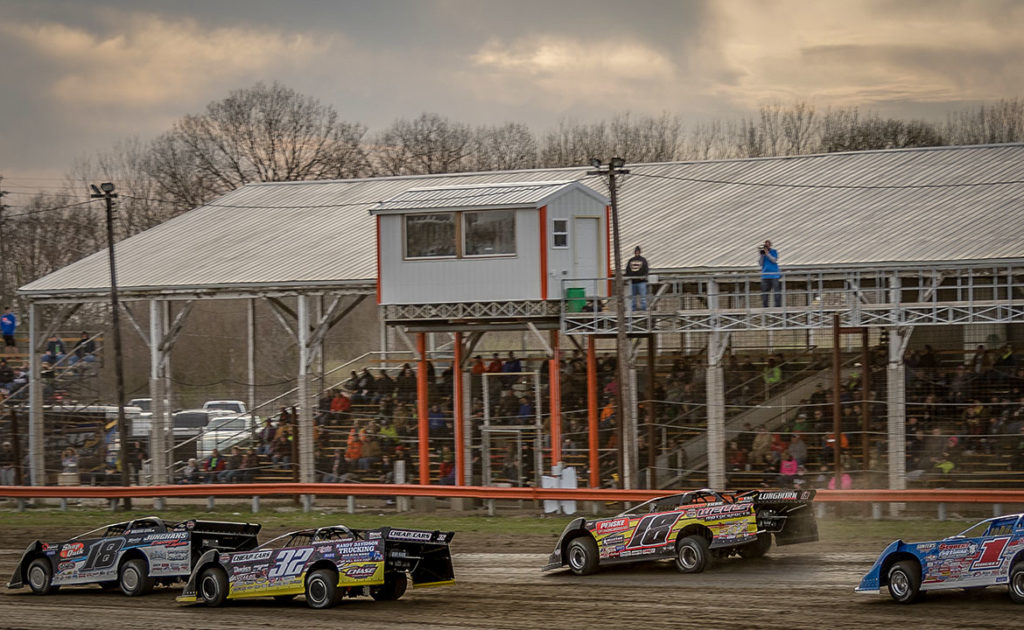 FARMER CITY, IL — After a thrilling double-header showdown in Tennessee, the World of Outlaws Morton Buildings Late Model Series makes a quick turnaround for one of the biggest races on its schedule — the 12th annual Illini 100 presented by Douglas Dodge at Farmer City Raceway.

Brian Shirley and Brandon Sheppard were the last two drivers to taste victory with the World of Outlaws at the famed quarter-mile, marking the first time in event history where both races were claimed by Illinois natives.

The Illini 100 features one of the most unique formats in Dirt Late Model racing. Things will kick off with a night of practice on Thursday, April 4, preceding the 25-lap, $6,000-to-win Morton Buildings Feature on Friday, April 5. This will set the stage for the 75-lap, $15,000-to-win finale on Saturday night, April 6.

Sheppard has won the Illini’s big show on Saturday night twice, making him the only driver from Illinois in event history to repeat. Billy Moyer is the race’s richest winner with three victories (2008, 2010, 2013). Joining the Outlaws in the race program will be the DIRTcar UMP Modifieds, DIRTcar Pro Late Models and the DIRTcar Stock Cars.

On the strength of his four wins, Sheppard currently sits atop the championship standings in his quest for a second Series crown. Three-time Series Champion Darrell Lanigan, who had a solid weekend in Tennessee with finishes of sixth and fourth, is chasing Sheppard, with Chase Junghans of Kansas, Shane Clanton of Georgia and Chris Madden of South Carolina rounding out the top five in points coming out of Duck River Raceway Park and Smoky Mountain Speedway.

Sheppard’s five-race win streak may have been broken on Saturday night at Smoky Mountain, but his momentum is still flying just as high. Going into Farmer City, he and the Rocket1 Racing team are more ready than ever to get back to work.

“We’ve got a really fast racecar right now, so that makes going to my home track even more exciting,” said Sheppard, of New Berlin, IL. “Every time we go there, we’re fast. With as good as this thing is right now, I’m really excited to get to Farmer City.”

Shirley has managed to bag two top-fives over the first eight races on the schedule, and will be looking to add to that total at Farmer City. He said he has a lot of confidence in his Bob Cullen Racing team, and looks forward to backing up his win in part one of the Illini two seasons ago.

“We get to come home and regroup a little,” Shirley said. “We’ve been racing and been pretty competitive, so I think we’re ready to step it up and hopefully chalk-up a win here or there when we race against the Outlaws.”

Even though “Squirrel” and his team made the trip down south for the DIRTcar Nationals in February and Tennessee last weekend, he knows what a good feeling it is to come home and race against that same competition.

“You want to make sure that you perform well to show everybody that even though you’re not out on the road, you’re still capable of being out there,” said Shirley, of Chatham, IL. “We just choose to stay closer to home and race and not be out on the road as much the Outlaws. It’s kind of a ranking, so you know where you are and where you need to improve.”

Tickets can be purchased at the track on the day of the event or through the World of Outlaws by clicking here.
More track/event info: Click here