World of Outlaws stars set for thrilling show at Willamette Speedway on Sept. 4 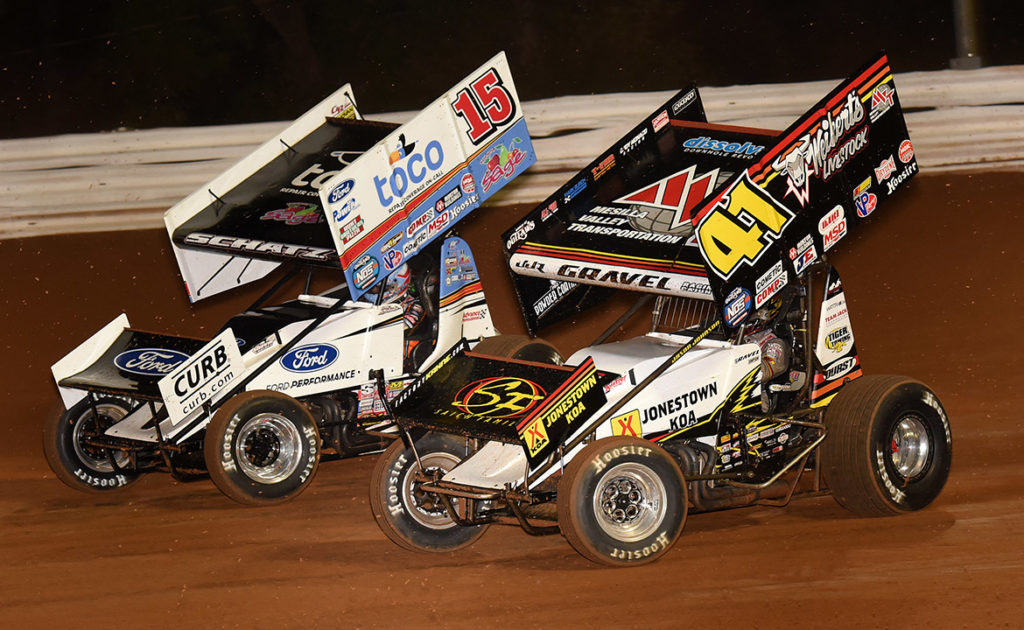 Lap after lap Donny Schatz and Logan Schuchart dueled for the lead at Willamette Speedway last year, leaving fans at the edge of their seat throughout the race.

They’ll look to do so again on Wednesday, Sept. 4, when The Greatest Show on Dirt makes its only stop in Oregon this year.

Schatz won the battle with Schuchart last year, claiming his second win at the 3/10-mile speedway and will be poised to do so again this year. He’s been in a tight battle for the points lead with Brad Sweet all season long. The two have been trading wins and trading the points lead throughout the season, with Schatz currently holding the top spot.

Sweet, driving for Washington-native Kasey Kahne, currently has the most wins this year – 12, including a win at the Kings Royal – but Schatz has been one of the most consistent drivers this year with several top-fives in a row and finishing outside the top-10 only four times.

Their fierce battle for the points lead is sure to continue to into the $8,000-to-win race at Willamette Speedway.

Looking to break up that battle will be Schuchart and 2019 Knoxville Nationals winner David Gravel.

Schuchart made Schatz work for the win at the speedway last year. He and his Shark Racing team have made big strides this year, already winning four races – tying his win total in a single season – and having strong finishes at the Kings Royal and Knoxville Nationals with a runner-up finish. Schuchart’s last win of the season came at a 3/10-mile track. He’s had six second-place finishes since then and will be hungry to return to victory lane.

Gravel has more than 100 points to make up on Schatz and Sweet to make it a three-way battle for the points lead, but has been gaining momentum with his Jason Johnson Racing team. They’ve had 11 podiums in the last 20 races and collected six wins, so far this year.

There’ll be a lot of exciting racing to follow throughout the entire field. For tickets go to http://www.trophymotorsports.com/.

As always, if you can’t make it to the race, you can catch all World of Outlaws NOS Energy Drink Sprint Car Series action on DIRTVision.com.