World of Outlaws set for Commonwealth Clash at Lernerville Speedway on Sept. 28 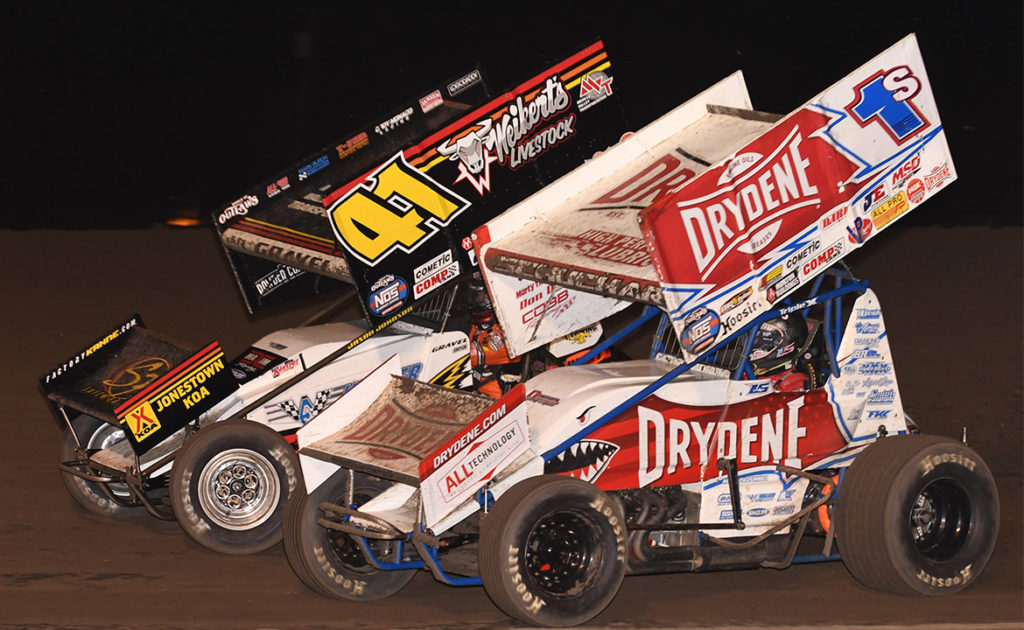 Pennsylvania race fans saw an action-packed World of Outlaws NOS Energy Drink Sprint Car Series race at Lernerville Speedway in July. They’ll get to see another on Saturday, Sept. 28, when the Series returns to the speedway for the Commonwealth Clash.

The stars of the World of Outlaws will compete against fast local Pennsylvania drivers for a $10,000-to-win prize.

Knoxville Nationals winner David Gravel was victorious in July, claiming his third win at the 4/10-mile speedway. The Watertown, Conn.-native will be eyeing his second Fall victory at the speedway and looking to end the season strong with his Jason Johnson Racing team.

Brad Sweet won the Commonwealth Clash last year and will be eager to do so again this year with the championship on the line. He’s had a career year, so far, winning his second Kings Royal at Eldora Speedway and collecting 14 wins, so far, this year – beating his previous record of winning at most nine races in a season.

Throughout the season Sweet has traded the points lead with 10-time Series champion Donny Schatz. The two almost seem inseparable on track, always racing near each other. They battled for fourth-place in July, with Sweet winning the spot and Schatz finishing fifth. Schatz has eight victories at Lernerville Speedway, though.

The two are sure to put on another exciting battle as Sweet goes for his first championship and Schatz goes for his 11th.

Pennsylvania-native Logan Schuchart has also had a career year this season. He’s collected seven wins, so far – also beating his record of most wins in a single season, which was previously four. Several of his wins have come on tracks he’s never won at before, too, including the 4/10-mile Dirt Track at Charlotte. He and his Shark Racing team will look to improve on their seventh-place finish in July and get their first win at Lernerville Speedway.

It’s sure to be a race full of high-octane action that will show fans why the World of Outlaws is The Greatest Show on Dirt. Get tickets and more information.