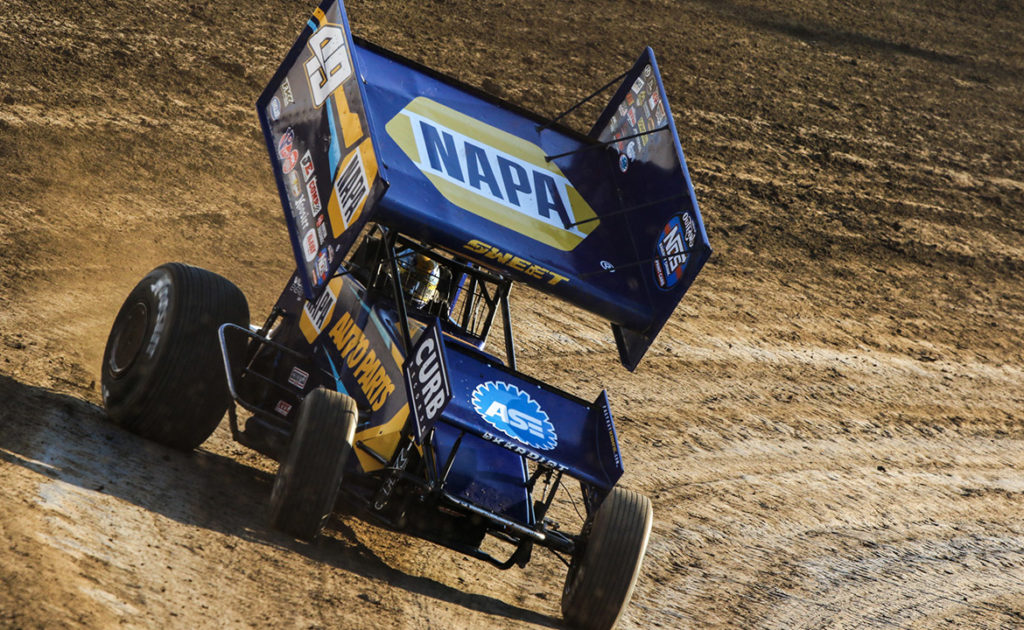 One of the “funnest half-miles” there is on the World of Outlaws NOS Energy Drink Sprint Car Series tour.

That’s how 10-time Series champion Donny Schatz described Calistoga Speedway, which the Series will return to on Sept. 14 for the Wine Country Outlaw Showdown.

It’s how several other drivers would describe it, too. Not only because of the track itself, but the atmosphere around it.

“It’s definitely a different atmosphere to the surroundings we’re accustom to putting ourselves in,” said Daryn Pittman, who won at the speedway last year. “It’s a small high-end vacation town that a bunch of dirt racers roll into and stick out like soar thumbs. But I think it’s fun. The race track is cool. And the upgrades they’ve put into it over the years have made it a lot better.”

Pittman and Logan Schuchart had an incredible battle for the lead in the final laps of the race last year, bringing the California crowd to their feet.

Pittman had dominated the race, but Schuchart was on a charge in the last few laps, passing Schatz and passing California-native Rico Abreu for second. He then hunted down Pittman. On the final lap, Schuchart stayed on Pittman’s tail tank around the whole track before sneaking underneath him out of turn four. The duo drag raced to the finish with Pittman edging him by half a car length.

Fans are sure to be treated to another thrilling show with $10,000 on the line. Schatz and Brad Sweet, of Grass Valley, Calif., have been neck and neck all season long in the battle for the points lead. Sweet currently has the most wins this season – 12 – but Schatz has consistently kept himself in the top-five and always around Sweet.

Their tense battle is sure to continue into Calistoga – a special track for Sweet.

“Calistoga is near and dear to me,” Sweet said. “I grew up in California. Went to Calistoga throughout my childhood for years and years and years. It always seemed so big and so crazy to always watch the races there. I’ve been able to go there and win races there, which has been really special.”

David Gravel is sure to give them a run for their money, riding the high of his first Knoxville Nationals win and continuing to put consistent runs together with his Jason Johnson Racing team – three podium finishes, including a win, since the Knoxville Nationals.

Along with the excitement of the race, the atmosphere of the venue is sure to give fans another reason to enjoy the weekend.

“When I first came on the road with the Outlaws, I’d never heard of Calistoga,” Schatz said. “Didn’t know the set up. Everybody told me plan on going there, staying there, camp in your trailer. It’s basically like going camping and hanging out with your guys. Everybody came there. It was a destination. It was a cool event.

“It’s gained traction over the years. It’s one of the funnest half-miles there is. It’s tricky. The atmosphere is incredible. Everybody gets there early and gets a night off. Then get to race in one of the best settings of Sprint Car racing. Everything about it is really cool. We’ve been fortunate enough to win there before. Looking forward to it. It’s a setting like no other for our sport.”

Grandstand gates are scheduled to open at 4 p.m. Hot Laps will start at 6:30 p.m. with opening ceremonies at 7 p.m. Get tickets and more information.

As always, if you can’t make it to the event, make sure to watch all of the action LIVE on DIRTVision.com.