World of Outlaws ready for Gettysburg Clash against Pennsylvania Posse 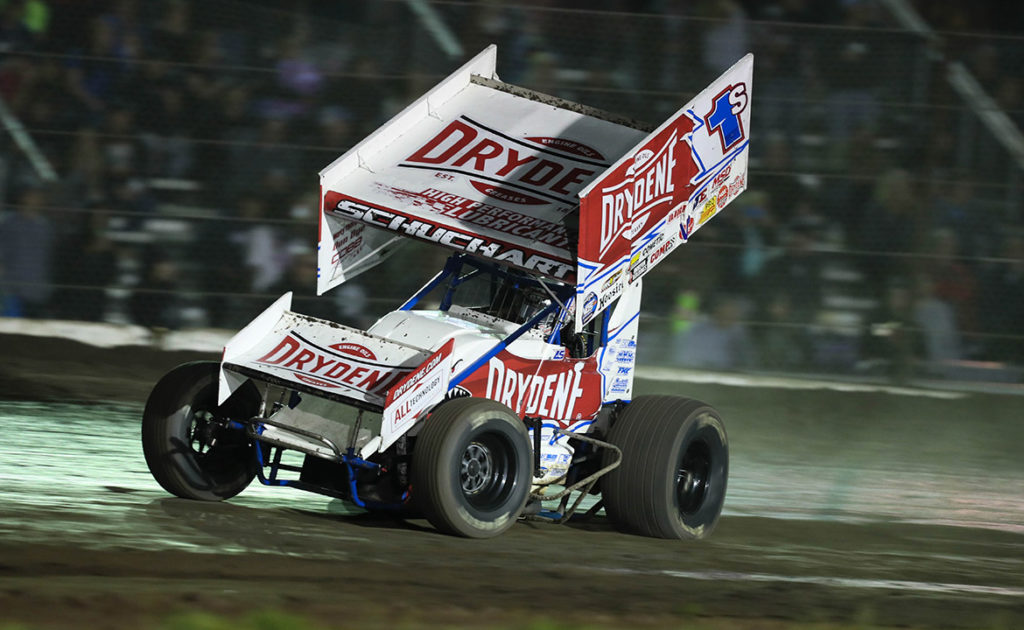 ABBOTTSTOWN, PA – The World of Outlaws NOS Energy Drink Sprint Car Series will begin its Northeast trek Wednesday, May 15, at Lincoln Speedway where the stars of the Series will have to compete with the local Pennsylvania Posse in the Gettysburg Clash presented by Drydene.

In a thrilling show, demonstrating why the World of Outlaws is The Greatest Show on Dirt, Posse-member Freddie Rahmer bested David Gravel and 2013 Series champion Daryn Pittman to claim his first Series victory last year.

Watertown, Conn.-native Gravel and Oklahoma-native Pittman battled for the early lead of the race with Gravel at the point the entire time. Pittman could get underneath him, but never found a strong enough run on the 3/8-mile track to get past him. They couldn’t let their battle slow their pace too much, either, with the Pennsylvania Posse lurking behind them.

Rahmer and Danny Dietrich charged their way through the field, making their way into the podium. But late in the race, Dietrich spun in turn three and with nowhere to go Brad Sweet crashed into him. When the race went back green, Rahmer stole Gravel’s hope of a Pennsylvania win by taking the lead and holding it to the finish.

The stars of the Series will look to reclaim victory at Lincoln Speedway over the Pennsylvania Posse this year. Those who ran well last year are already having a strong season.

Gravel, in his new Jason Johnson Racing ride, has already claimed two victories – only the fourth driver to do so this year. Pittman, Sweet and Hanover, Pa.-native Logan Schuchart are the only other three drivers to win more than one race.

The Pennsylvania-based team of Shark Racing have come out of the gate strong this year. Schuchart won a total of two races in 2018, and in 13 races has already matched that. His teammate Jacob Allen looked like he was on track to get his first career World of Outlaws win at Devil’s Bowl Speedway, but Schuchart – in his Drydene sponsored No. 1s Sprint Car – and Pittman ended up passing him late in the race – forcing Allen to settle for third.

Both Schuchart and Allen are looking forward to racing at Lincoln Speedway; a home track for the two Hanover, Pa.-natives.

“It’s just a cool time to go back home for me and my team,” Schuchart said. “The majority of our team is from PA. So, everyone gets to go home and everyone likes going home.”

Sweet currently holds the points lead, but by only eight points over 10-time Series champion Donny Schatz. He’s been one of the most consistent drivers this season with 12 top-10s in 13 races. The only driver with a better record is Schatz, having finished in the top-10 in every race, so far, this season.

The Outlaws are primed and ready to take on the Pennsylvania Posse once again.

Following the Series’ visit to Lincoln Speedway, The Greatest Show on Dirt will make its next stop Friday, May 17, and Saturday, May 18, at Williams Grove Speedway in Mechanicsburg, Pa.