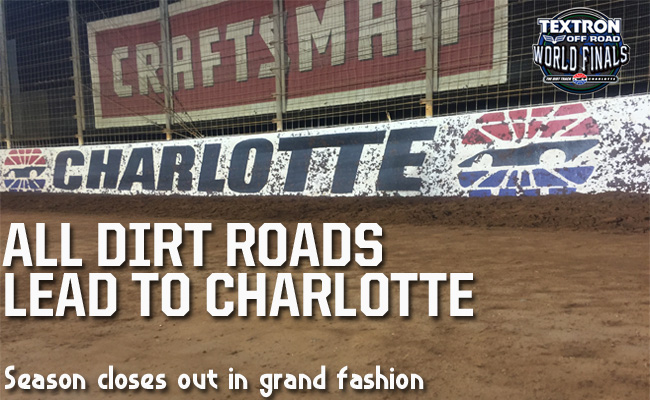 The Dirt Charlotte Motor Speedway is a popular destination among World of Outlaws Craftsman Sprint Car Series Drivers, “We always look forward to going to Charlotte. It’s a great facility and you know the track will be racey,” Shark Racing’s Logan Schuchart said.

The World Finals is the final stop of a 90+ race tour for the sprint cars. David Gravel, who is wrapping up a career year with CJB Motorsports, tries not to let the big stage upend him. “The World Finals is a huge event, but regardless of how we do down there, it has been a great season for this team,” Gravel, who has 17 wins on the season, said. “We almost picked up the victory in the finale last year, so we are looking forward to it. A strong run to end the season has everyone in a good mood going into the banquet and the offseason.”

If you can’t make it to the track, DIRTVision.com has you covered with LIVE Video of all the action from the three division of the World of Outlaw World Finals. “The World Finals is a great event. There will be a ton of really good cars across all three divisions and we have a lot of confidence whenever we roll into Charlotte,” Schuchart, who won the World of Outlaws Craftsman Sprint Car Feature at Charlotte in May, added.