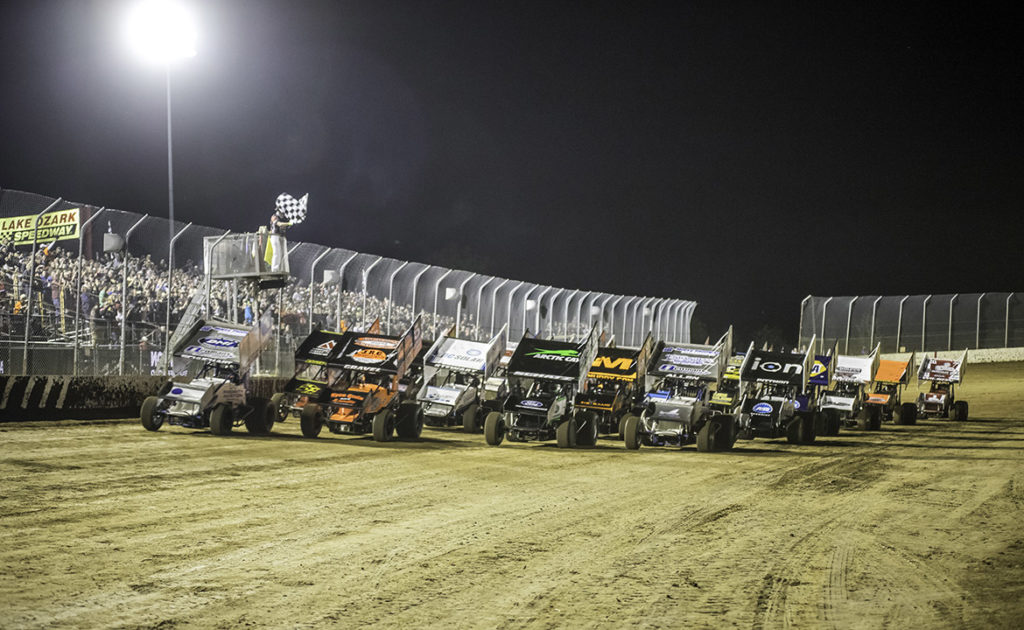 Ten-time Series champion Donny Schatz and the Shark Racing duo of Logan Schuchart and Jacob Allen demonstrated why the World of Outlaws is The Greatest Show on Dirt on the 1/3-mile track.

Schuchart and Allen battled side-by-side at the start of the race for the lead with Allen charging by his teammate on the bottom of the track. Once Allen was out front in clean air, he began to put distance between himself and Schuchart. But on Schuchart’s bumper the entire time was Schatz.

The reigning champion also overpowered Schuchart on the bottom of the speedway and then set his sight on Allen. And it didn’t take long for the veteran to close to the back bumper of the Shark Racing car.

By Lap 6, Schatz pulled the same move he used on Schuchart to get by Allen for the lead. Once he was in the top spot, Shark Racing would not let him get away.

Schuchart made his way by Allen for second and began to hunt Schatz back down. While Schatz stuck to the bottom of the track, Schuchart ran the cushion eventually making to the bumper of the No. 15 Tony Stewart Racing car. But as if Schatz was driving with a rearview mirror, he was able to block every run Schuchart had on the high side of the track.

From there, the race was Schatz’s. From Lap 7 to Lap 40, no one could challenge him before he powered by checkered flags waving in the air.

This year’s race is shaping up to be just as exciting. Schatz and Schuchart have already found victory this year, along with David Gravel who ended up second in last year’s race at Lake Ozark Speedway.

Schatz is also in a tight points battle with Brad Sweet and Daryn Pittman. Schatz is just four points behind Sweet and Pittman is 14 points behind. The three tend to find each other every race, consistently finishing in the top-10. Lake Ozark Speedway is sure to play an important role in the early season race for the points lead.

Plus, Lake Ozark is in the backyard of the Jason Johnson Racing headquarters, and David Gravel will no doubt be trying to deliver the team a hometown victory. Gravel already has two wins this season and has been gaining momentum as the races tick off.

Before the racing excitement starts Friday night, fans have the unique opportunity to meet several of the racers from 4 p.m. to 9 p.m. on Thursday, April 25, at Fat Polly’s Pub, next to The Lodge at Port Arrowhead. The event will feature live music and a chance to see some of the cars up close and meet some of the drivers. Plus, the World of Outlaws souvenir trailer will have all the latest specials, too.

Following the Series’ visit to Lake Ozark Speedway, The Greatest Show on Dirt will make its next stop Saturday, April 27, at Federated Auto Parts Raceway at I-55 in Pevely, Mo. for the Spring Classic.