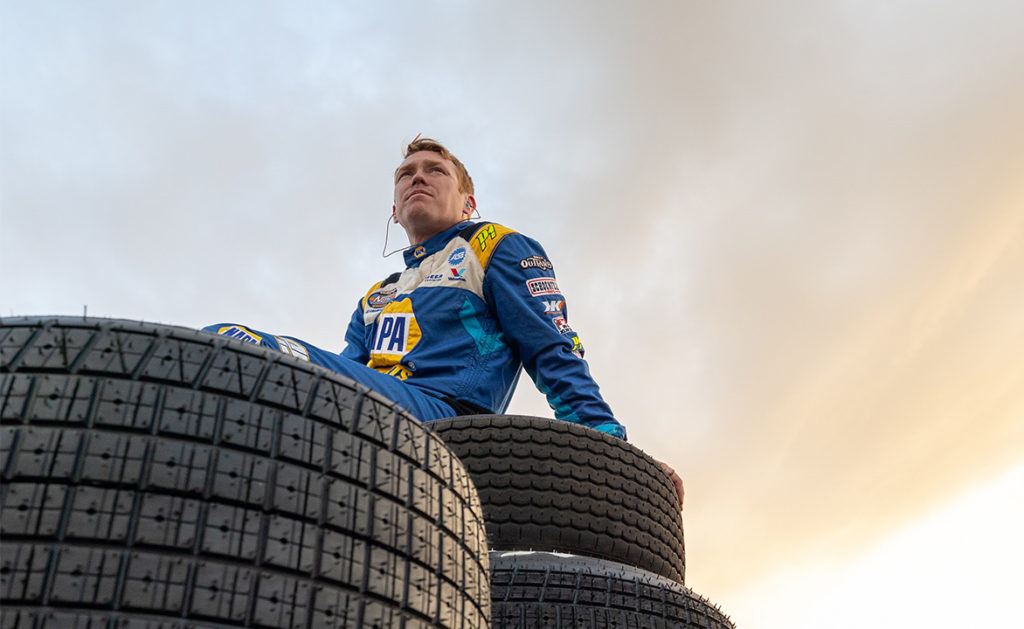 With a comfortable points lead at the halfway mark, Sweet’s Kasey Kahne Racing team only have eyes for wins

Brad Sweet ended the first half of the 2021 World of Outlaws NOS Energy Drink Sprint Car Series season with 12 wins and a more than a 90-point lead in the championship standings.

Not for Sweet. At least, not yet. With two World of Outlaws championship trophies – earned back-to-back in 2019 and 2020 – nestled safely in his California home, he’s not concerned about points. Sweet’s only goal is to dominate and win every time his NAPA Auto Parts #49 enters a track.

So far, consistency on half-mile tracks hasn’t been to his liking.

“We have a good short track package, which seems to keep us in contention at all the short tracks, but when we get to the half-miles, we get a little inconsistent,” Sweet said. “We’re trying to work on that. And obviously, we’ll try to find out if we’ve gotten any better when we get to Eldora (July 14-17 for Kings Royal week).”

Of his 12 wins in the first 40 races, three of them came on a half-mile – one at Volusia Speedway Park and two at I-70 Motorsports Park. However, of the 13 events on a half-mile, so far, Sweet has averaged an eighth-place finish. Volusia was probably the best example of the inconsistency that’s been frustrating him. He won the first night, finished fifth in the second race, and then placed 11th in the third race.

His team’s solid baseline for smaller tracks – like Wilmot Raceway, where he’ll race on Saturday, July 10 – may be playing culprit.

“It’s easy to get behind on a half-mile,” he noted. “The way that we do things is for more drivability, trying to get our cars good on the slicker tracks. I think that hurts us a little bit when you get to a half-mile and Time Trials are really fast. It’s just self-inflicted or maybe just bad decisions on mine and Eric’s (Prutzman, Sweet’s crew chief) part.

“You just have to do a better job either way. You’ve got to get yourself to the front row of the Heats to give yourself a chance. There’re a few times on the half-miles this year that we’ve dug ourselves a little bit too much in a hole, like at Knoxville. You’re just not able to overcome it as much as you are on the short tracks.”

Sweet’s urgency to find more consistency on half-miles comes with two of the biggest crown jewels of the year on the horizon. Both at half-mile tracks. There are two $175,000-to-win Kings Royals at Eldora Speedway this year (Thursday, July 15, and Saturday, July 17) and the illustrious 60th NOS Energy Drink Knoxville Nationals at Knoxville Raceway, with a potential $200,000 on the line for the winner, takes place Aug. 11-14. (Sweet is the 2018 Knoxville Nationals champion and a two-time Kings Royal winner in 2013 and 2019).

The next five weeks of Series events, known as “The Month of Money,” will have nearly $700,000 in winnings available.

“We obviously want to win every race, but there’s something about those four or five big-money races that you know can make or break your season,” Sweet said. “You can win one Kings Royal and feel like you had a great season. You can have a great week right there. You can feel like you had an unbelievable season if you win both Kings Royals. We’re in the business to make money just like anyone else. We want to make money. We want to collect the trophies. We want to put our names in the history books. You only get a certain amount of chances for those in a year. We already went to the Jackson Nationals and Huset’s and didn’t win there. That stuff stings a little bit.

“It’s a good time to be a Sprint Car racer. It’s a good time to be with a good team. It’s a good time to peak right now. If you can have a good run right now, I don’t think it matters what happens with the points. I think you can win these few races and feel like you had a spectacular season. It’s something that is on your mind. You can feel it when you roll into Eldora. With $175,000 to win, you can feel the intensity. You’ll take more chances than you typically would on a normal night. Those aren’t points races, the nights at the Kings Royals, so you can put your car in a tighter position than you would’ve on a normal night. When there’s $175,000 on the line, you’re ready to take that extra risk.”

That’s the same mentality Sweet is utilizing for the 2021 World of Outlaws season as he chases his third championship. It’s a stat that would add him to a shortlist of names in the record book, which include Steve Kinser, Sammy Swindell and Donny Schatz.

While he’ll admit he’s not going to turn down the chance to claim a third consecutive title, Sweet continues to claim he’s not concerned with points. He rarely looks at the standings. However, he said the same thing in 2019 when he was chasing his first title before confessing after that he worried about it a little more than he led on. This time, though, the pressure truly seems to be off. Twelve wins in the first 40 races show it.

“I really don’t think I feel pressure anymore,” Sweet said. “I don’t think I have a lot to prove. I think I want to just win a lot of races. When we get off, I get more frustrated that we’re getting inconsistent, not winning races. I don’t really think about the points. Obviously, I’d be lying if I said I don’t want to win the points. You want to stay on top of the mountain. My mind isn’t there. It is on winning. Winning a lot. I know if we do our job, the points will take care of themselves.

“After last year, the second [championship], I feel it was like, you don’t have to win that many more to prove that you were a champion or that you could do it. We have a goal for how many races we want to win and know we need to stay super focused each night to accomplish that.”

With the pressure off, that’s left “The Big Cat” free to pounce as he pleases. A slide job he may have thought better of before, he’ll go for. A three-wide battle he may have thought about backing out of, he’ll power on. And the more he takes those risks, the better he’s gotten at perfecting them, he said.

That’s been a key for his Kasey Kahne Racing team, which consists of crew chief Eric Prutzman, car chief Joe Mooney and tire specialist Andrew Bowman. They’re going on their fifth year together. They’ve built longevity. They know how to win. And they now know how to win a lot.

The likes of David Gravel (94 points back in second) and Carson Macedo (128 points back in third) will not let up in their pursuit of hunting down Sweet for the title in the second half of the year. But if Sweet finds the extra level of consistency he’s looking for… well, he’ll explain.

“I know people are chasing us,” Sweet said. “We love it.”