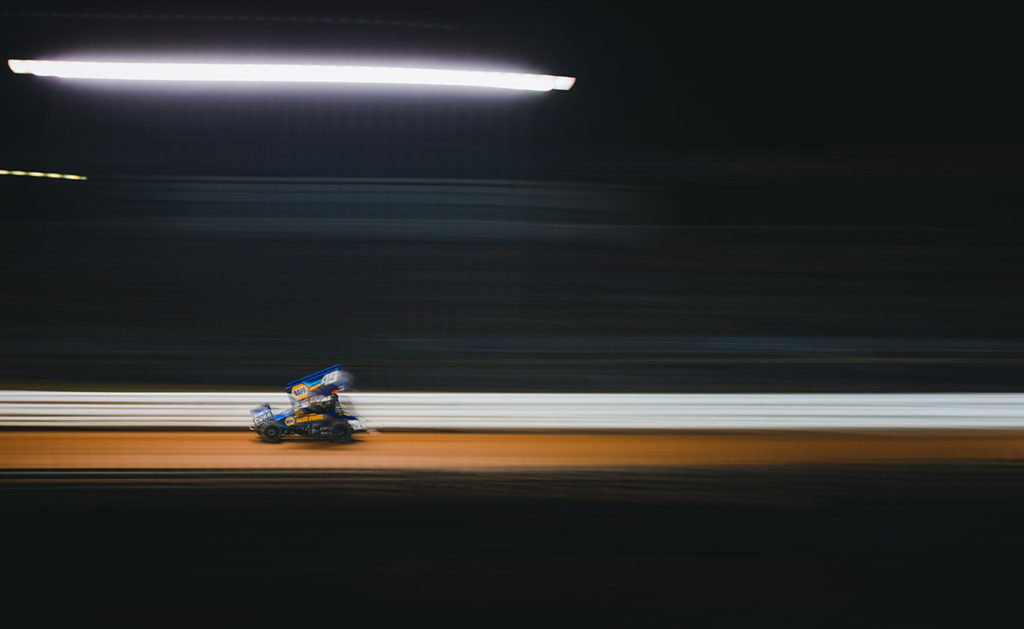 The World of Outlaws NOS Energy Drink Sprint Car Series champion may not be determined until the final lap of the final race for the second consecutive year.

The champion could also be determined Friday night.

Sweet enters the season finale with the points lead for the second year in a row. Last season, he was able to hold off Schatz by four points in the final race to claim his first championship – the closest championship battle in Series history – and bring Kasey Kahne Racing its second World of Outlaws title.

This year, Sweet can breathe a little easier when he passes through the gates at The Dirt Track. He enters the weekend with a 46-point lead over Logan Schuchart versus the eight-point lead he had over Schatz last season.

“Last year, I was very focused on the points,” Sweet said. “This year, I haven’t let myself get too bothered by it. Obviously, being a two-time champion is much better than being a one-time champion. So, obviously, you want to win the championship. The points are super important, super hard to win every year. It brings a lot of money to the team. It brings a lot of exposure to the sponsors and everything like that. You really want to accomplish that.

“We’re focused on bringing Kasey Kahne Racing his third championship and hopefully myself a second championship. I think if we stay focused and do our job, we’re absolutely capable of accomplishing that.”

He can lock himself as the 2020 champion Friday night if he wins or finishes one spot better than Schuchart.

Forty-eight points is the most a driver can gain on another in a single race – if that driver wins and the other driver finishes 24th or worse. There’s a four-point different between first (150 points) and second (146 points). So, if Sweet wins Friday and Schuchart finishes second, that would give Sweet a 50-point lead on the Shark Racing driver for the final event. That means if Schuchart won on Saturday and Sweet finished last, Sweet would still claim the championship by two points.

Every other position is separated by two points. So, aside from a win, if Sweet finishes one spot ahead of Schuchart, he would enter the next night with a 48-point lead. Even if Schuchart were able to make up all 48 points on Sweet, the defending champion would win the tiebreaker due to having more Feature wins this season – Sweet currently has eight and Schuchart has six.

If Schuchart wins both nights and ties with Sweet for the points lead and most wins on the final night, the tiebreaker would then go to who has the most second-place finishes. Sweet would again win that battle with 10 runner-up finishes this year, versus the five Schuchart has.

The bottomline is Schuchart needs to finish ahead of Sweet on Friday to have a shot at his first championship Saturday night.

“From where we’ve came from, all that we’ve overcome to get where we are, you know, I feel like this is a very successful season as it is,” Schuchart said. “But, you know, we started the season with a goal of finishing third. We’re in there. But definitely, we know we’re in a spot with an opportunity and we’re going to try and take advantage of it. I feel like we have a lot to learn and areas of where we can get better. Hopefully we can make these last races count and put some pressure on him (Sweet).”

In the event that the field is expanded beyond 24 cars for the Feature due to provisionals, Sweet and Schuchart could end up earning the same amount of points both nights if they finish 24th or worse with positions 24th and worse paying 102 points.

Schatz’s climb to his 11th title is more difficult. He enters the Last Call with a 64-point deficit to Sweet. He’ll need to finish ahead of Sweet and Schuchart both nights to have a shot at another championship.

“I can tell you it is a lot more fun being closer to the top of the championship standings than finding yourself third or fourth, wherever we’re at,” Schatz said. “We don’t want to make excuses at all. We’re not making them. At least we’re making head way now. That’s all you can do. And we’ll make the best of it.”

He and his TSR team have found momentum in the back half of the season, earning 19 top-10 finishes in the last 20 races – including two wins. That’s helped keep him in the championship hunt and put him 18 points behind Schuchart for second. Schatz has finished first or second in the championship standings for the past 14 years.

JJR has had three drivers keep it in championship contention throughout the year. David Gravel ran the majority of the races (48) and brought the team six wins this year. When he was out of the car to run ARCA and NASCAR events, Parker Price-Miller and Shane Stewart each got two turns in the #41 car. Stewart won in his debut with the team at Lakeside Speedway, giving them seven wins on the season. Gravel will finish the year with JJR at Charlotte, where he swept the season ending two-day event with the team last year.

If Sweet wins on Friday and Gravel finishes ninth, he’ll lock up the team championship for KKR. If he doesn’t win, he’ll need to finish nine positions ahead of Gravel to lock it up on the first night.

Like Schuchart and Schatz, Gravel will need to keep the pressure on Sweet both nights and aim for another sweep to give JJR its first team championship.

“For us to be in the hunt right now is pretty special,” said Philip Dietz, crew chief of the JJR #41 and cousin of the late Jason Johnson.

“We go out and try to be the best we can each night. At the end of the season, the best car wins. It sure would be cool for our team. It’s cool to just be in the hunt. Brad and Schuchart, they’ve both been really good this year. We’ll just keep plugging away. Hopefully we can be there at the end.”

To see the Nov. 6-7 World of Outlaws Last Call season finale at The Dirt Track at Charlotte in person, you can get a pit pass package by clicking here.

If you can’t make it to the track, you can watch both nights live on DIRTVision. 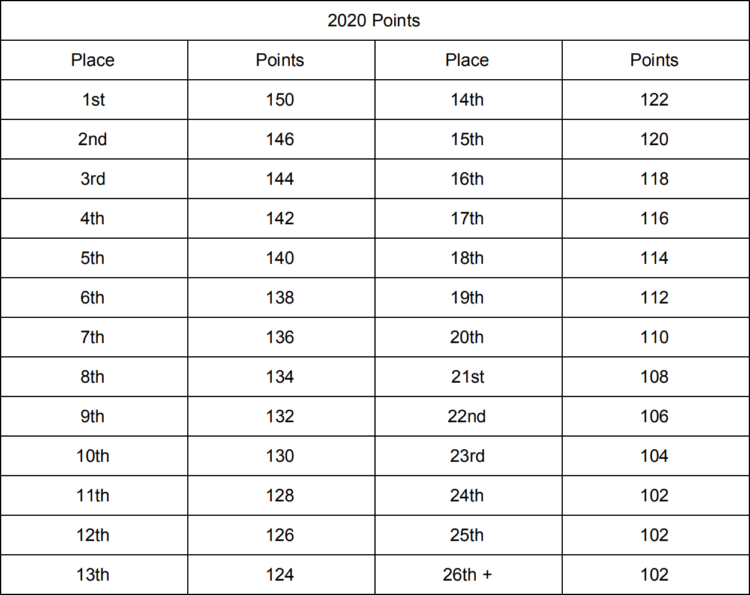