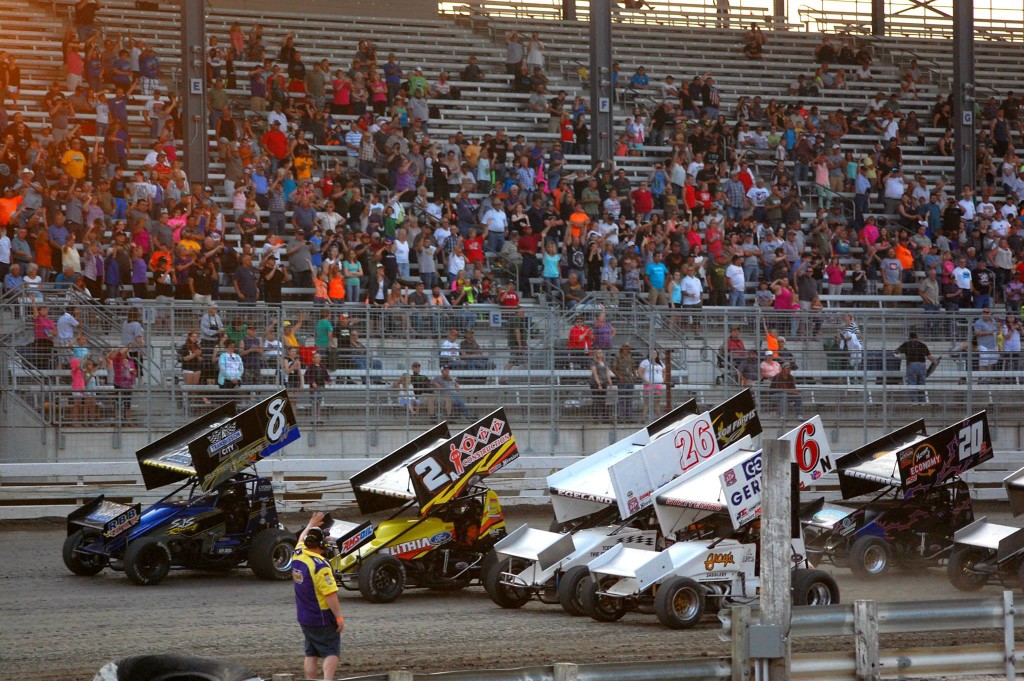 MINOT, N.D. — August 18, 2016 — The World of Outlaws Craftsman Sprint Car Series is set for its 11th appearance at Nodak Speedway in Minot, North Dakota in 2016, as the Gerdau Magic City Showdown presented by Gerdau, Schatz Crossroads, Minot Tourism and Fastlane Carwash-Minot hits the track on Sunday, August 28. The series is in the midst of a very competitive season, with 16 drivers having picked up wins thus far in 2016.

Last year at Nodak Speedway, Donny Schatz, who was born and raised in Minot, extended his win streak with the series at his home track to four races. Schatz was one of three drivers that led over the course of the 35-lap race. Paul McMahan was the early leader, before Brad Sweet moved into the top spot on lap-18, when a flat tire forced McMahan to the work area. Sweet would lead until he, too, suffered a flat tire on lap-32, handing the lead back to Schatz, who would stay out front for the final four circuits.

Joey Saldana and Daryn Pittman each have won once in their careers at Nodak Speedway. In the 10 main events contested by the World of Outlaws Craftsman Sprint Car Series at Nodak Speedway, dating back to 2006, seven different drivers have been victorious. Schatz didn’t pick up his first win until his seventh start with the series at the track, which came in 2012. Since that win, he has been undefeated at Nodak Speedway.

Schatz is the current World of Outlaws Craftsman Sprint Car Series point leader on the strength of 17 wins and 57 top-10 finishes. David Gravel currently is second in points and has won a career-high seven A-Feature events thus far in 2016. Brad Sweet, who led the standings for the first few months of the season, sits third, and also has won seven races. Pittman, who is Sweet’s teammate at Kasey Kahne Racing, is just three markers behind Sweet in points. Saldana, who has four victories this season, rounds out the current top-five in points.

Shane Stewart is sixth in points, less than 25 markers out of the top-five. Stewart has five wins thus far in 2016. Jason Johnson, who earned the biggest win of his career last weekend, claiming the $150,000 Knoxville Nationals is seventh in points and has two wins in 2016. Logan Schuchart, who scored his first-career World of Outlaws Craftsman Sprint Car Series win last month in Wisconsin is eighth in points, followed by Jason Sides, who also has one win this season. Paul McMahan rounds out the top-10, while third-year driver Jacob Allen is 12th in the standings.

Greg Wilson from Ohio is the leading contender this year for the Kevin Gobrecht Rookie of the Year Award with the World of Outlaws Craftsman Sprint Car Series. He picked up the second win of his career with the Outlaws earlier this season in Charlotte. Clyde Knipp, a teenager from Missouri, is also contesting the majority of the schedule as a rookie.

Tickets for the Gerdau Magic City Showdown Presented by Gerdau, Schatz Crossroads, Minot Tourism and Fastlane Carswash-Minot, featuring the World of Outlaws at Nodak Speedway on Sunday, August 28 can be purchased online at https://slspromotions.ticketforce.com or by phone at 815-344-2023 and at the track on race day.