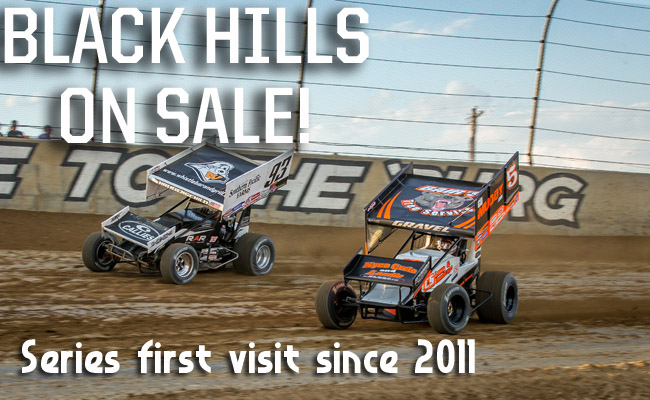 Outlaws Return to Black Hills for First Time since 2011

Although the Outlaws have a rich history at the track, dating back to 1983, this will be their first visit to the fast, semi-banked Speedway in the past six years.

Donny Schatz, the current Series points leader, has won the last three events at Black Hills Speedway. The Fargo, ND-native led all 25 laps the last time the Outlaws visited Black Hills in 2011. In 2007, Schatz stole the show by passing Kerry Madsen on the last lap. And in 2006, Schatz traded the lead with Jac “Wild Child” Haudenschild before pulling away for his first win at Black Hills.

Schatz will be aiming to re-write history and pass 20-time World of Outlaws Champion Steve Kinser as the winningest Outlaw driver at Black Hills by earning his fourth victory there.

Coming off the heels of the 77th annual motorcycle rally at Sturgis, the Rushmore Outlaw Showdown will look to continue the excitement of bike week. Get your tickets for this monumental race TODAY by visiting WorldofOutlaws.com/Tickets or calling 844-DIRT-TIX.

WHAT TO WATCH FOR: Three Races in Five Nights for Traveling Outlaws