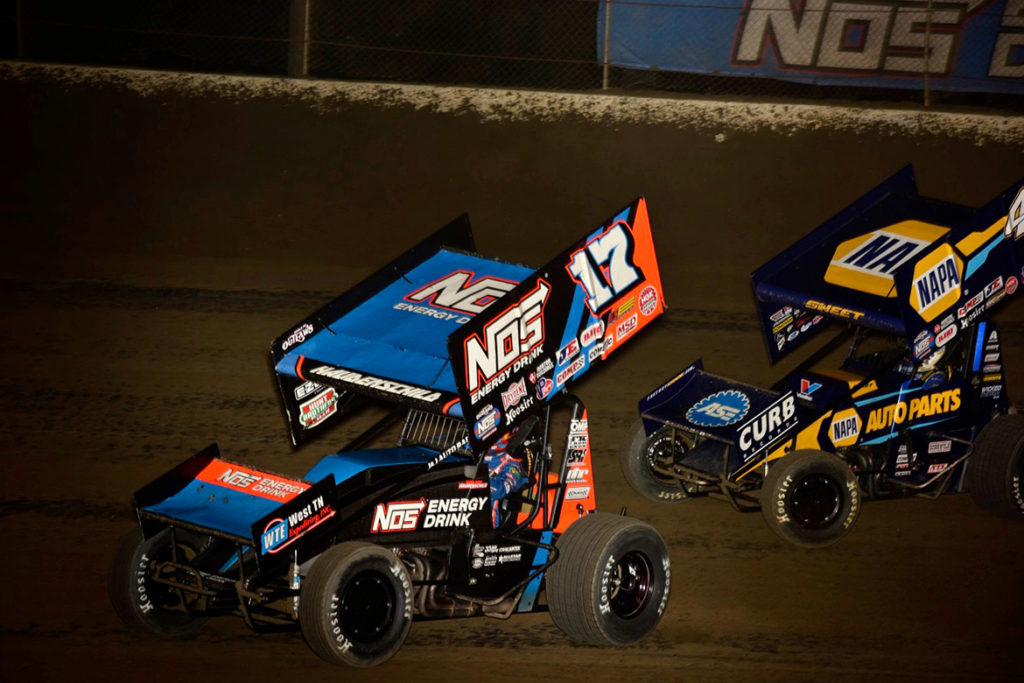 After a thrilling doubleheader at Skagit Speedway last year, the winged warriors of the World of Outlaws NOS Energy Drink Sprint Car Series are set to invade the Washington speedway on Aug. 30-31.

Sheldon Haudenschild and Daryn Pittman led the way at the 3/10-mile track last year, each winning a night of the doubleheader. With multiple wins on the 2019 season already, both will be poised to repeat their performances from last year.

Haudenschild put on a show stopping performance with Shane Stewart to claim his victory last year. He battled with Stewart throughout the 30 lap Feature, trading the lead with the Oklahoma driver at times. Coming to the white flag, Haudenschild slid up in front of Stewart exiting turn four and then led to the finish.

The next night, Pittman had to sit up in his seat and run perfect laps to hold off reigning champion Donny Schatz and Brad Sweet in the closing laps of the race. The victory was his second win at the speedway. He also holds the track record there of 10.718 seconds.

Pittman won the two season opening races in Florida but has not won a World of Outlaws race since then. He’ll be hungry for another Washington win.

Schatz, of Fargo, N.D., and Sweet, driving for Washington-native Kasey Kahne, have been in a tight points battle all year long. When you find one on the track, the other is not too far behind. Sweet currently holds the most wins this year – 12, including the Kings Royals – but Schatz has finished outside the top-10 only four times this year, so far.

They are sure to be a threat both nights, but Sweet has yet to win at the speedway. Schatz has won there three times.

David Gravel, who has won at the track twice, has also been on a strong run with his Jason Johnson Racing team, putting together consistent top-five runs and winning the Knoxville Nationals. He’s been fighting his way into the championship fight with Schatz and Sweet and will be poised for big gains at Skagit Speedway.

It’s sure to be two nights of thrilling action. Get tickets and more information.