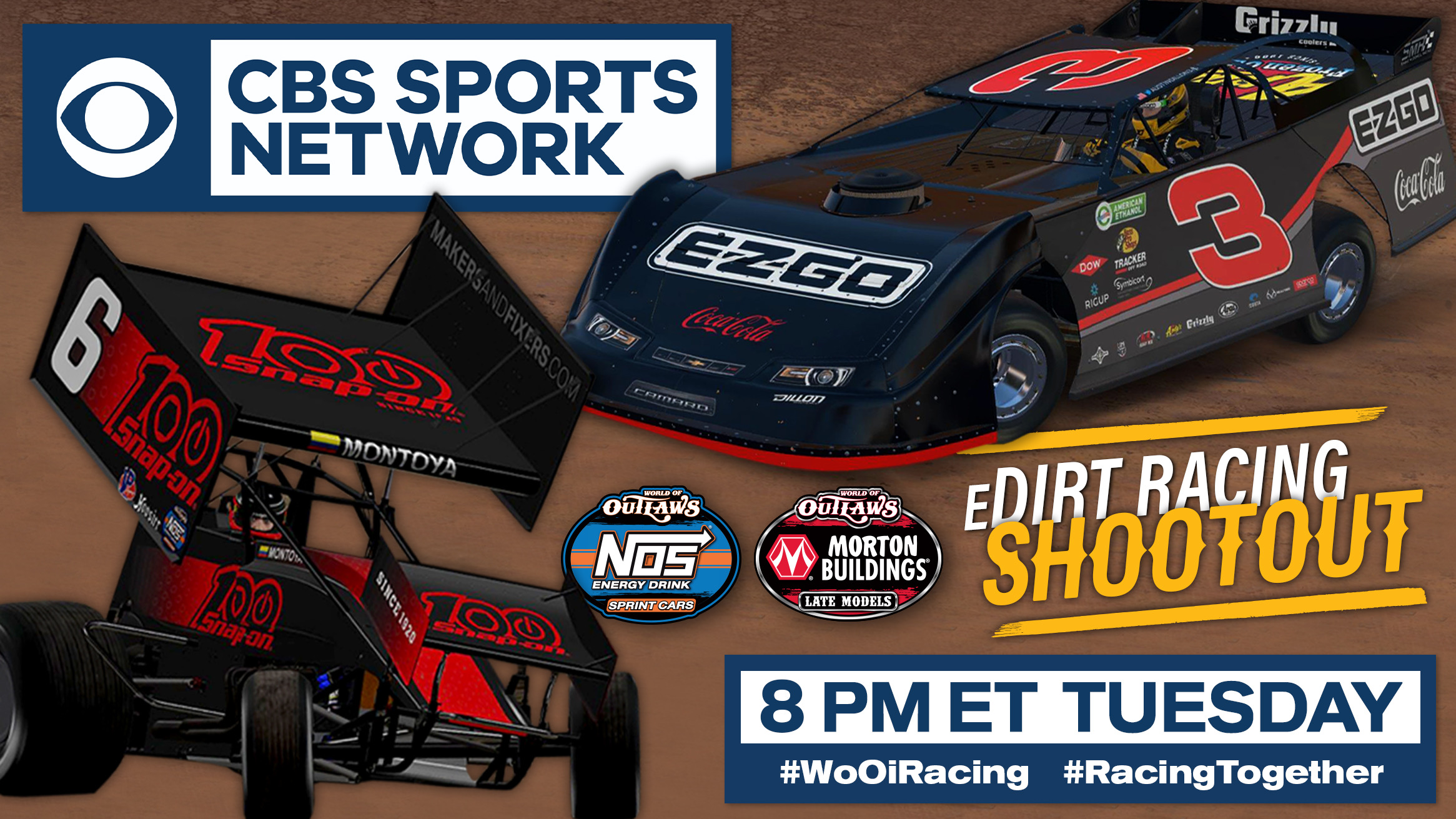 The World of Outlaws is bringing its fan-favorite style of live virtual racing to CBS Sports Network starting Tuesday, April 28, when the dirt track specialists of “The Greatest Show on Dirt” take on some of the world’s greatest racers in a series of one-hour doubleheader eDirt Racing Shootouts.

The World of Outlaws racing series famously runs the most grueling schedules in motorsports, barnstorming from coast-to-coast for nearly 140 races a year.  The races are open to all, with the best local racers defending their home turf against the best in the business. But in today’s virtual world, the Outlaws are the dirt track locals, defending their turf against some of motorsports biggest stars.

“The World of Outlaws features the toughest and most fierce dirt track racers anywhere,” World of Outlaws CMO Ben Geisler said. “Even in a virtual world very new to them, I’d take our guys all day long, even against some of the most talented wheelmen to ever strap in. The winners will be the fans and viewers, who get to see the best of the best compete head-to-head on Tuesday nights in a 3-episode run on historic dirt tracks across the country.”

The string of one-hour telecasts on Tuesdays at 8 PM ET kicks off at historic Eldora Speedway. “The World’s Greatest Dirt Track” is home to the Kings Royal and World 100. The iRacing event will feature the World of Outlaws NOS Energy Drink Sprint Car Series and World of Outlaws Morton Buildings Late Model Series.

Calling the action will be veteran motorsports broadcaster Dave Rieff, NASCAR and DIRTcar UMP Modified star Kenny Wallace, and of course, the Voice of the Outlaws Johnny Gibson.