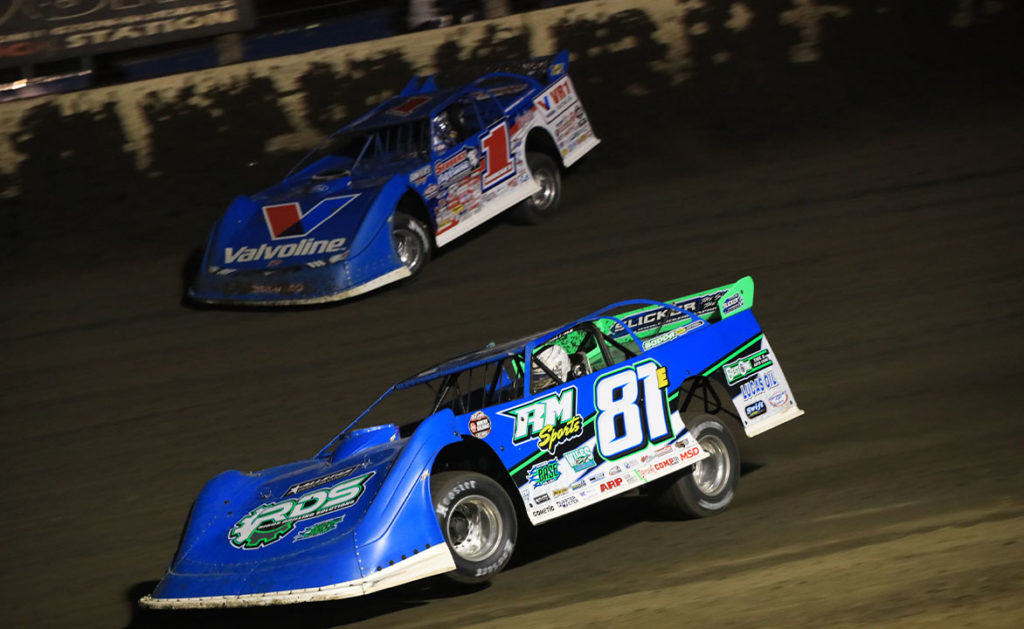 Illinois is set to host one of the most highly-anticipated events on the World of Outlaws CASE Construction Equipment Late Model Series schedule – the iconic Illini 100 at Farmer City Raceway.

The two-night spectacular will showcase Series stars battling drivers from across the Midwest for the coveted trophy and a potential $26,000 total payday.

Along with the World of Outlaws CASE Late Models spectacle, fans will also witness history at the Illini 100 as the event will host the debut of the Xtreme Outlaw Midget Series. Drivers entered in the inaugural event will battle for $4,000 on both nights.

Fans will have the chance to meet both their favorite Late Model and Midget drivers during an autograph session on Saturday afternoon.

The event already made history in 2021 as two Prairie State drivers visited World of Outlaws Victory Lane for the first time. Mike Spatola led all 25-laps of Friday’s Feature, holding off fellow Illinois drivers Ryan Unzicker and Bobby Pierce for the win.

The following night, Pierce, the “Smooth Operator,” capitalized on that podium finish to grab his first career Series win on Saturday, holding off a late charge from Cade Dillard. The Oakwood, IL driver pulled an epic slide job with two laps to go, grabbing the lead for good to cash in on the $20,000 prize.

Pierce will return to Farmer City to defend his Illini 100 title, but there’s a stout list of hungry World of Outlaws and in-state rivals hoping to prevent his return to the throne.

The New Berlin, IL driver is also on a quest for history, as his next win ties Josh Richards for most in Series history (78).

Richards is the only other full-time World of Outlaws driver with a Series win at the track, scoring both victories with Rocket1 Racing in 2016.

Sheppard and Richards must fight off challenges from championship contenders and Illinois rivals Dennis Erb Jr. and Kyle Hammer.

Erb already scored his first win of 2022 at DIRTcar Nationals and is currently second in points—38 points behind Chris Madden.

Hammer hopes to defend home turf at Farmer City, as the venue sits less than 30 minutes away from his Clinton, IL residence. The Rookie of the Year contender has already shown he’s a force to be reckoned with after leading 17 laps of one DIRTcar Nationals Feature and grabbing his first top-five in another.

It won’t be easy for the World of Outlaws drivers to find Victory Lane, however, as Illinois produces some of the toughest competition they’ll see throughout the season.

Brian Shirley is one of the many Prairie State competitors hoping to keep the Series regulars out of the winner’s circle. Shirley owns two Illini 100 victories – in 2018 and 2019.

Shannon Babb is another driver with two Illini 100 wins. “The Moweaqua Missile” found Victory Lane in 2007 and 2014 and is searching for his 14th career World of Outlaws triumph.

Also joining the card over the weekend are the DIRTcar Pro Late Models on Friday, April 1, and DIRTcar UMP Modifieds Saturday, April 2.

A practice night will be available for all divisions on Thursday, March 31.

Get your tickets to the historic Illini 100 as the top drivers in the Land of Lincoln take on the World of Outlaws. For Tickets: CLICK HERE.