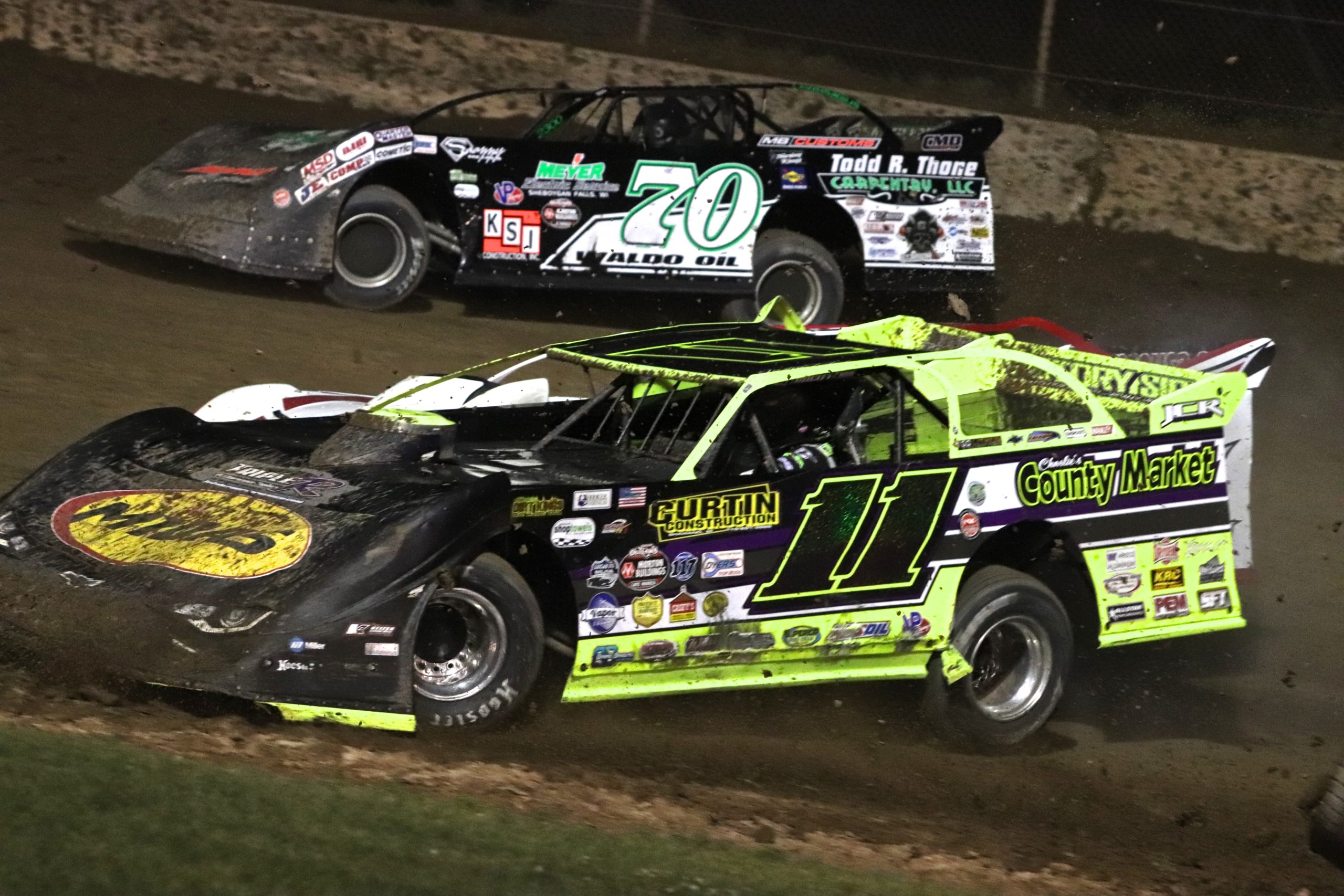 It’s been “us vs. them” since the inception of the World of Outlaws. Still to this day, it’s no different.

From the Pennsylvania Posse and Wisconsin Dirt Kings to the boys of Illinois and across the South, every region across America has local standouts just waiting for their chance to go head-to-head with the World of Outlaws Morton Buildings Late Model Series. With regional pride on the line, drivers have delivered emotional hometown/home-state wins before, and they’ll continue to do so in the future.

This weekend, the drivers of the Discount Shop Towels Dirt Kings Late Model Tour represent the Badger State with hopes of throwing off the stars of the World of Outlaws as they invade Wisconsin for a pair of showings at Outagamie Speedway (Seymour, Wisc.) on Friday, July 10 and Plymouth Dirt Track (Plymouth, Wisc.) on Saturday, July 11.

Created in 2017, the Dirt Kings Late Model Tour has quickly developed into a fan favorite across America’s Dairyland. Offering a new layer of excitement to the World of Outlaws voyage to Wisconsin, fans will see the same familiar faces of Dirt Kings defending their home turf against a World of Outlaws invasion. With limited tickets for sale at both events, we encourage you to act fast and purchase your tickets online ahead of the races this weekend.

Headlining the list of challengers for the Discount Shop Towels Dirt Kings Late Model Tour is the three-time and defending champion, Nick Anvelink of Navarino, Wisconsin. Repeating as the ultimate King from 2017 to 2018 and 2019, Anvelink has risen to the pinnacle of Wisconsin Late Model Racing aboard his MB Customs No. 15. Just last year against the World of Outlaws, Anvelink was the Dirt Kings’ biggest threat on a nightly basis. Recording a trio of top ten finishes, Anvelink was eighth at ABC Raceway, tenth at Red Cedar Speedway, and a career-best fifth at Shawano Speedway.

Among the expected entries alongside Anvelink is the entire top five in the current Dirt Kings point standings. Brett Swedberg of Shawano, Wisc. stands atop the points through six rounds in 2020 and looks to make a splash against “The Most Powerful Late Models on the Planet” this weekend. Also expected to compete at Outagamie (Fri, July 10) and Plymouth (Sat, July 11) is second-place Ron Berna of Abrams, Wisc., third-place Justin Ritchie of New London, Wisc., fourth-place Troy Springborn of Shawano, Wisc., and fifth-place Justin Reed of Camp Point, Ill.

The main target for the Dirt Kings warriors will be two-time and defending World of Outlaws Late Model Series champion, Brandon Sheppard of New Berlin, Ill., who is fresh off a $20,000 win at Cedar Lake (Wisc.) Speedway and has won the last two races at Plymouth Dirt Track aboard his Rocket1 Racing No. 1 machine. Joining B-Shepp against the Dirt Kings is Cade Dillard of Robeline, La. – who won $30,000 at Lernerville (Pa.) Speedway’s #Firecracker in June, Ricky Weiss of Headingley, Man. – who just earned back-to-back podium finishes at Cedar Lake, Darrell Lanigan of Union, Ky. – who sits third in the point standings in his Viper Motorsports, Barry Wright Race Cars No. 29V, and Scott Bloomquist of Mooresburg, Tenn. – the National Dirt Late Model Racing Hall of Fame on a mid-season resurgence.

Also in the hunt for the World of Outlaws is Rookie of the Year leader and last Friday’s first-time winner, Ashton Winger 0f Hampton, Ga.; a winner in Wisconsin last year, Kansas native Chase Junghans; another driver riding a recent hot streak wave, Dennis Erb Jr.; the personable Pennsylvanian Boom Briggs; and the B1 Bomber, Brent Larson of Minnesota.

All the action kicks off on Friday, July 10 with the first-ever appearance at Outagamie Speedway for the World of Outlaws Morton Buildings Late Model Series, which is the 700th feature in series history. Hot laps are set for 6:30pm CT, racing will begin at 7:00pm CT, and the program will conclude with a 50-lap, $10,000-to-win feature. Pit passes are available for $35 and General Admission TICKETS can be purchased here. For those unable to attend, DIRTVision will have a live broadcast of the whole evening.

On Saturday, July 11, Plymouth Dirt Track in Plymouth, Wisc. hosts the World of Outlaws Late Model Series for the third time in track history. Hot laps are scheduled for 5:30pm CT, racing is set for 6:00pm CT, and another 50-lap, $10,000-to-win feature will cap the night. Pit passes are available for $35 and General Admission TICKETS can be bought here. For those unable to attend, DIRTVision will have a live broadcast of the whole evening.

For drivers, you can find all the information from times, full purses, schedule, format, rules, and much more at www.dirtcarmembers.com or at the links below.