BACK ON TRACK: Sheppard & Rocket1 Return to Winning Ways 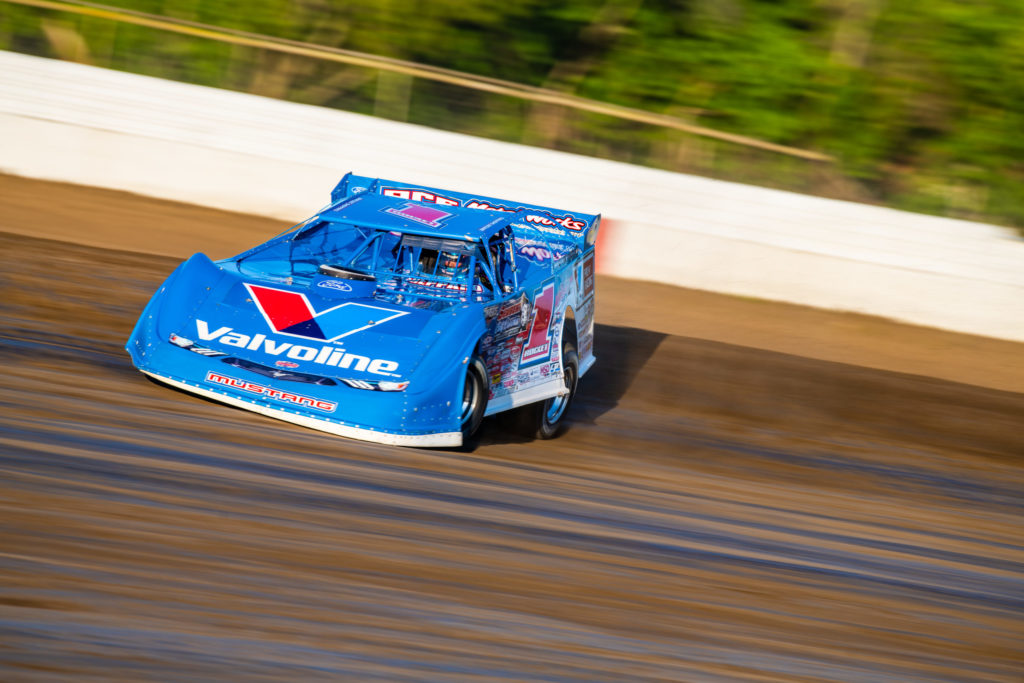 Brandon Sheppard and Rocket1 Racing are on year four of their nationwide revered relationship.

Over those four seasons on the World of Outlaws Morton Buildings Late Model Series trail, B-Shepp has recorded 52 victories in 137 appearances in the Mark Richards owned Rocket XR1 house car. They’ve won millions of dollars in crown jewel earnings and banked a pair of series championships in 2017 and 2019.

With all those numbers, records, and accomplishments in mind, it’s hard to believe the 2020 season started with nearly their longest Outlaws losing streak in relationship history. But, it’s true.

Losing seven races through Florida in February, Tennessee in March, and Minnesota in May, Sheppard and the No. 1 machine were approaching the longest wingless-streak in their history together. That mark had just been set months prior when after rattling off 18 triumphs in 33 starts, Sheppard went winless in the final eight races of the 2019 World of Outlaws campaign. Entering last weekend’s ‘Inside Out’ doubleheader at Davenport Speedway’s quarter-mile and half-mile, he was on the verge of beating a record you don’t want to reestablish.

Bound and determined to not let that happen, Sheppard came out of the gates on fire Friday night on the quarter-mile. Overcoming his qualifies woes of late, Sheppard timed in at the front and won his heat race to make it into the Morton Buildings feature redraw. Starting fourth in the feature, he slowly worked his way forward before capturing command of the lead with a three-wide pass over Bobby Pierce and Ryan Unzicker on lap 11. From there, Sheppard survived a wild run to the finish that saw a jaw-dropping final circuit conclude with the No. 1 beating Ricky Thornton Jr. to the line by .007 seconds for his first win in seven races.

RELATED — BY A QUARTER: Sheppard Edges Thornton by .007 on Davenport 1/4-Mile

“I can’t thank all of my guys enough — Mark, Dan, Austin, Joel — for sticking behind me,” Sheppard stated after winning for the first time since February. “We’ve definitely been struggling lately, but at the same time our feature stuff has been great still. It just all goes back to qualifying. We got it together tonight and qualified front row of a heat race, that’s what we needed to do get in a position at the front of the feature.”

On Saturday, their reassertion at the top was solidified with a dominating performance on the half-mile track. Sheppard drove to the lead on lap five of the 40-lapper and never looked back, running off into the Iowa night with a weekend sweep in his bag and all the confidence in the world back in the team.

RELATED — ROCKET LAUNCH: Sheppard Sweeps ‘Inside Out’ Weekend at Davenport

“Man, it feels so great to be back in victory lane,” Sheppard said after notching his second straight win. “We got our confidence back (Friday) night, it was a tough fought battle, but we did it. Tonight, everybody’s confidence was higher. We qualified good, won the heat race, and that was the key to getting another win. I can’t thank Mark, Dan, Austin, Joel, and all the guys back at the shop enough; this car has been a dream to drive.”

Marking his third World of Outlaws Late Model Series win in 13 races, Sheppard has found himself in a similar position to his 2017 and 2018 seasons. Both of his first two years in the Valvoline sponsored No. 1 started off with 3 wins in the first 13 races, but both yielded different season-ending results. In 2017, he held a 102-point lead after 13 races and eventually won his first-career World of Outlaws title by 326 points over Chris Madden. In 2018, Sheppard was behind the eight-ball at that point, running fourth in points and out of the lead by 64 points. He eventually lost the title to Mike Marlar by just 22 points in November. Last year, the Rocket1 crew was dominant in the opening stages of the season with seven wins in the opening 13 races. As of now, Sheppard holds a 74-point lead over his closest title contender, Canadian Ricky Weiss.

Heating up with perfect timing, Sheppard’s weekend sweep comes as momentum right ahead of the DIRTcar sanctioned Dirt Late Model Stream at Eldora Speedway. A unique, one-off event without fans due to local restrictions, the Stream will start on Thursday and conclude on Saturday with a $50,000-to-win, 67-lap feature on the high-banked half-mile. Fans can watch the action all weekend long on www.floracing.com.

The World of Outlaws Morton Buildings Late Model Series will resume the 2020 season next weekend on Friday and Saturday, June 12-13 with a doubleheader at Georgia’s Cochran Motor Speedway. On the heels of his double down at Davenport, Sheppard will look to challenge his personal best of most consecutive World of Outlaws wins, which is at five-straight victories.