WHAT TO WATCH FOR: Pittman leads Beaver Dam stats going into doubleheader weekend 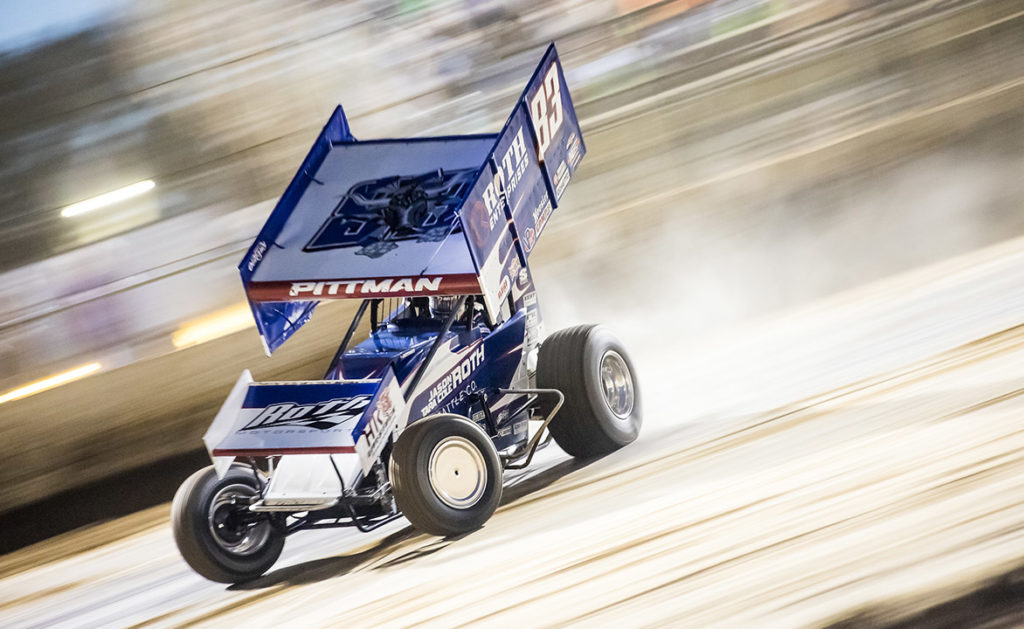 It will also mark the third 1/3-mile track the Series has visited in the past three weeks. The last four races have seen four different winners with reigning champion Brad Sweet, motorsports-star Kyle Larson, points leader Logan Schuchart and 10-time Series champion Donny Schatz each picking up a win.

Hot Laps are scheduled to start at 6:30 p.m. (CT) with racing at 7:30 p.m. both nights. The two-day show is sold out, but you can watch all of the action live on DIRTVision.

Here are the top storylines to follow throughout the weekend:

PITTMAN BEAVER DAM STANDOUT: Daryn Pittman, the 2013 World of Outlaws Sprint Car champion of Owasso, OK, has the best record at Beaver Dam Raceway of all active drivers. He has four wins, led 123 laps and 15 top-10 finishes in 19 starts at the track. He also holds the track record with an 11.071 sec. lap, set in 2017.

Pittman has gone winless in the first eight races of the season, but the 1/3-mile track could be his best chance yet to get the Roth Motorsports #83 back in Victory Lane. His last win at the track came in 2018 and he finished second last year.

SCHATZ BACK ON TRACK: After a five race stretch of finishing outside the top-five and having to use a rare provisional to start the Feature at Federated Auto Parts Raceway at I-55, 10-time Series champion and Tony Stewart/Curb-Agajanian Racing driver Donny Schatz got his legs back underneath him at Lake Ozark Speedway with a podium finish the first night and a return to Victory Lane the next – his second of the 2020 season.

Schatz, of Fargo, ND, has two wins at Beaver Dam Raceway, however his last win at the track came in 2015. Since then, he’s had two top-five finishes and a top-10 in his last four starts at the track. He finished seventh last year. He’s currently only four wins away from 300 career World of Outlaws wins.

SWEET EYES ANOTHER: Brad Sweet, the reigning Series champion of Grass Valley, CA, picked up his second win at Beaver Dam Raceway last year. He’ll look to repeat this weekend and earn his third win of the season, too. He picked up his first win of 2020 in his Kasey Kahne Racing #49 at Volusia Speedway Park and second at the 1/3-mile Federated Auto Parts Raceway at I-55.

He’s coming off a podium finish at Lake Ozark Speedway – another 1/3-mile track. Sweet has also been one of the most consistent drivers this year with six top-five finishes and eight top-10s in eight starts.

SHARK RACING CONSTANT THREAT: Shark Racing teammates Logan Schuchart and Jacob Allen – both of Hanover, PA – have consistently found themselves up front for the past few weeks. Schuchart picked up his second win of the year at Lake Ozark Speedway and continues to lead the points for the fourth week in a row. Allen battled Schuchart for the win at Lake Ozark but hit a rut and ended up flipping.

Both will be looking for their first win at Beaver Dam Raceway this weekend.

KINSER BUILDING MOMENTUM: Kraig Kinser, of Bloomington, IN, earn his first top-10 of the season last week at Lake Ozark Speedway, showing speed all night long. He won his Heat Race, finished second in the DIRTVision Fast Pass Dash and held on for a seventh-place finish in the Feature in his #11K.

The finish was a welcome boost for the Kinser Racing team after a tough start to the season. He’ll look to carry that momentum into the doubleheader weekend at Beaver Dam Raceway – where he’s won at in 2012.

He’s run one Feature with the Series, so far, this season in his #17B at Federated Auto Parts Raceway at I-55, finishing 14th.