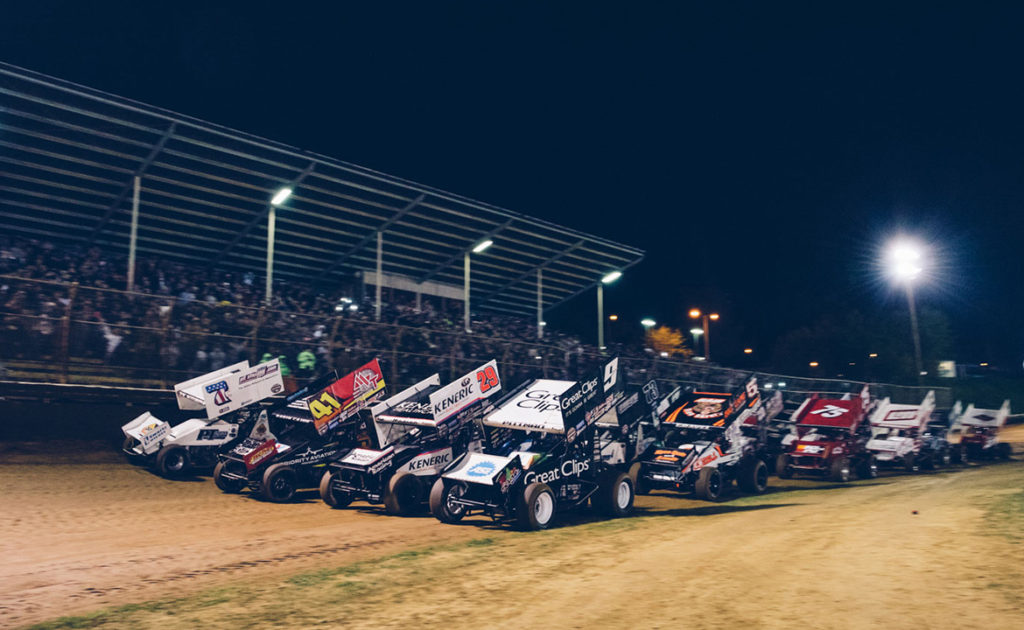 CONCORD, NC – The World of Outlaws NOS® Energy Drink Sprint Car Series will make California its home in March, competing on eight nights at seven different Golden State tracks throughout the month. Among those is the 49er Gold Rush Classic presented by Riebes NAPA at Placerville Speedway, which will now be on Saturday, March 23.

The Series will commence its West Coast tour – featuring some of the toughest local competition the Outlaws see all season – March 8 at Thunderbowl Raceway in Tulare, CA, and will cap the run off on March 30 at Perris Auto Speedway in Perris, CA.

Brad Sweet, a native of Grass Valley, CA, will aim to hold off the competition in his home state to add to his win list. However, Series points leader Daryn Pittman and 10-time Series Champion Donny Schatz won’t make it easy, with strong runs to open the season in Florida.

Last year, Sweet won at Placerville Speedway after a tight race-long battle with Rico Abreu. The Series will return to the high-octane quarter-mile oval this year on the new date.

“We have had great crowds and support at Placerville and we want to keep it growing,” Sweet said. “Our goal is to keep making this event bigger and bigger as time goes on.”

The World of Outlaws NOS Energy Drink Sprint Cars are also returning to the Mini Gold Cup at Silver Dollar Speedway in Chico, and Keller Auto Speedway at Kings Fairgrounds in Hanford. The Series last visited the Hanford track in 2017, when Logan Schuchart scored the win.

Last March in California was a success for first-time winners.

Thunderbowl Raceway in Tulare saw a fierce battle between the No. 87 of Aaron Reutzel and the No. 83 of Cory Eliason, as the two traded the lead for several laps with both in search of their first Series win. With four laps to go, Reutzel was able to overpower Eliason and make his first trip to victory lane.

Eliason had his day in the sun just a couple of weeks later, commanding the Stockton Dirt Track race from start to finish. No one had anything for the California-native as he become the second driver that month to earn his first Series win.

Tickets are now on sale for all West Coast swing races at WorldofOutlaws.com/tix or by calling 844-DIRT-TIX. For the races at Thunderbowl Raceway call 559-688-0909.

A portion of proceeds from tickets and a special t-shirt will benefit the California Fire Foundation as the World of Outlaws NOS Energy Sprint Cars looked for ways to give back to those affected by California wildfires over the winter.