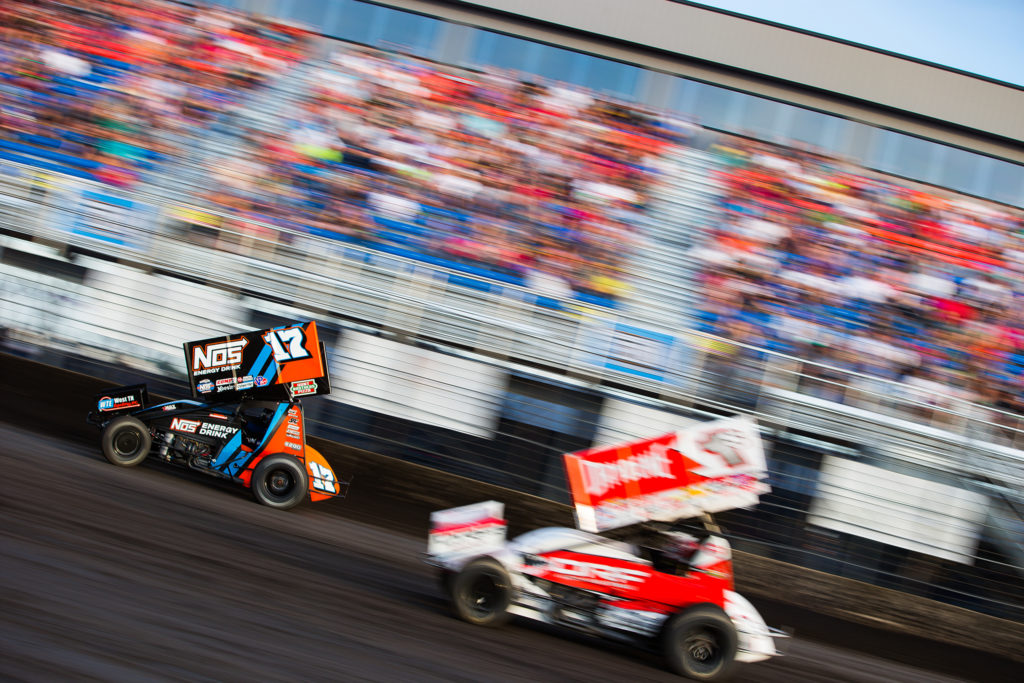 It took two preliminary nights and a Saturday rain out to get here, but the time has finally come as we crown the first Crown Jewel winner of the “Months of Money” in 2021.

A unique format leaves us with no Slick Woody’s Qualifying to run tonight. Instead, we’ll host 3-4 Drydene Qualifiers, a King of the Hill, a Last Chance Showdown, and the 35-lap, $50,000-to-win, $2,000-to-start NOS Energy Drink Feature.

Hot Laps are slated to begin at 5pm CT LIVE on DIRTVision.

KING OF THE HILL COMPETITORS:

All eyes are on “The Mad Man” Kerry Madsen as he aims to completely sweep the weekend. Aboard the Advanced Auto Parts, Rush Truck Centers #14, the St. Mary’s, NSW, AUS native topped both preliminary nights at Jackson Motorplex, one from 14th and one from sixth.

Madsen is a previous Jackson Nationals champion in 2016, but this one would mean so much more. Given the drive of a lifetime, Madsen has become arguably the top story of the summer with his constant success since joining Tony Stewart/Curb-Agajanian Racing. The 49-year-old has already banked $20,000 across his two prelim wins, but now he wants that $50,000 check.

Joining Madsen in the final round of the King of the Hill is Carson Macedo, a native of Lemoore, CA. The Jason Johnson Racing #41 pilot finished top-five in both prelims, leading 11 laps in Friday’s Feature. A victory tonight would be the biggest win of his career, giving him his first Crown Jewel title with the World of Outlaws.

Locked-in for the second round of the King of the Hill is a pair of former Jackson Nationals champions, Brad Sweet and Logan Schuchart. For Sweet, he’s trying to become a three-time event champion aboard his Kasey Kahne Racing, NAPA Auto Parts #49. For Schuchart, he’s trying to win back-to-back titles after topping last year’s show in the Shark Racing, Drydene Performance Products #1S.

This unique King of the Hill is a race against the clock and the competitors. The four-car timed session will send the two fastest drivers to the next round, while placing those eliminated in their Feature starting spots. There will be three rounds: the first includes the 3-4 Qualifier winners, the second includes Sweet, Schuchart & two transfers, and the final round which is a race for the pole includes Madsen, Macedo, & two transfers.

The remaining 32 competitors are placed into Drydene Qualifiers based on accumulative points from Thursday and Friday’s preliminary shows.

Winners of each Drydene Qualifier will transfer to the King of the Hill, with others splitting into the Feature and Last Chance Showdown.

It all begins at 5pm CT tonight with Hot Laps kicking off the show. If you can’t be here in person, you can watch all the action LIVE on DIRTVision.