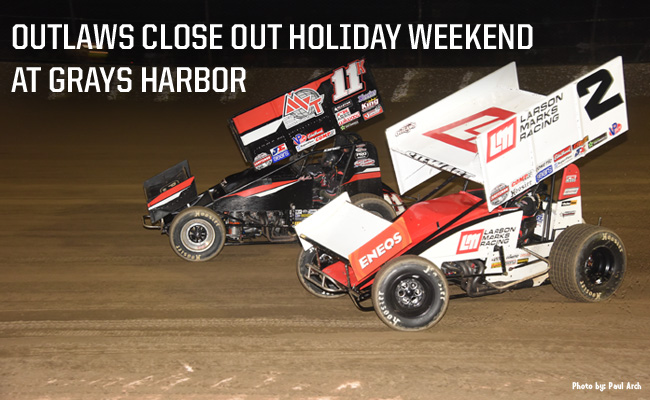 Grays Harbor has been a fixture on the World of Outlaws Craftsman Sprint Car Series West Coast swing for years, dating back to 1996 when Dave Blaney picked up the win in the inaugural visit to the high-banked 3/8th-mile oval.

Eight-time and defending Series Champion Donny Schatz has won the last three Series features at Grays Harbor and will enter the event as the current Series points leader with 17 feature wins on the season. In 2015 Schatz scored his 200th career World of Outlaws Craftsman Sprint Car Series victory at Grays Harbor Raceway.

Bloomington, Indiana’s Kraig Kinser is also a past winner at the Elma, WA track, with a win back in 2008. So far this year, Kinser has had one win – at Deer Creek Speedway back in July. Kinser is in the middle of a closely contested points battle with 2017 Kevin Gobrecht Rookie of the Year hopeful Sheldon Haudenschild. Just 16 points separate the two drivers after the Series visit to BMP Speedway.

More information regarding the event at Grays Harbor can be found on the World of Outlaws website. To purchase tickets for the Outlaws Labor Day special, visit Grays Harbor Raceway’s website.