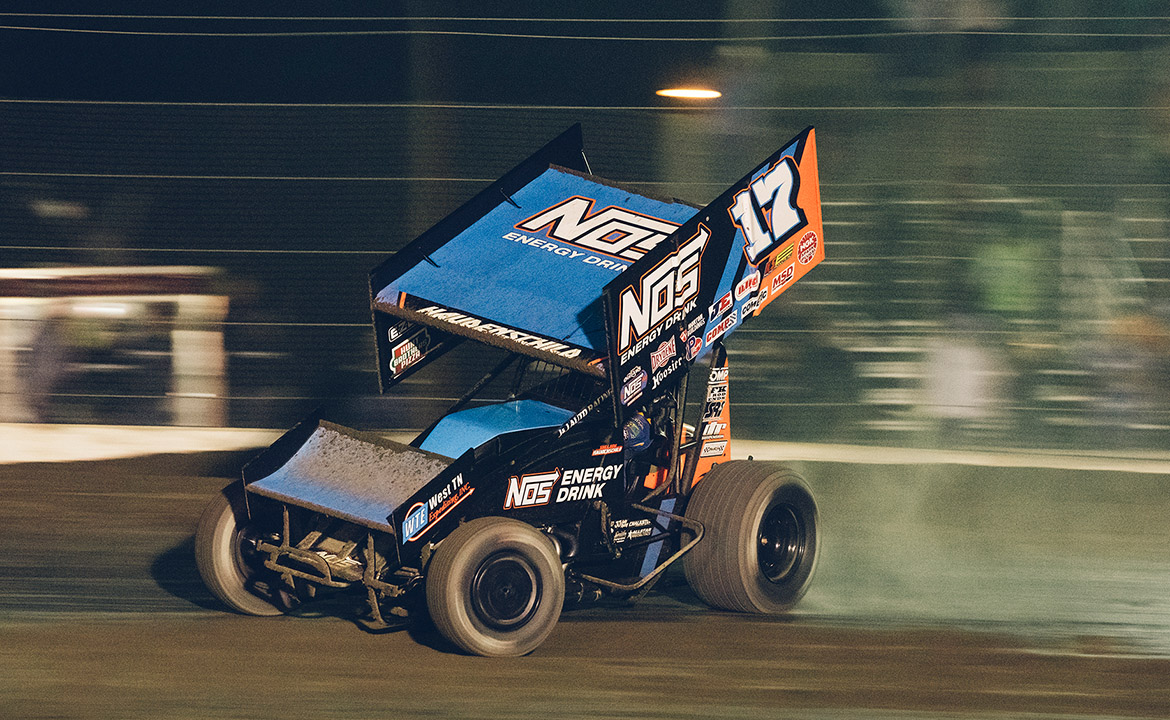 When the World of Outlaws NOS Energy Drink Sprint Car Series returns to the Stockton Dirt Track on Friday, Sept. 13, there will be a new boost of energy behind the race.

NOS Energy Drink is partnering with the event, rewarding the Feature winner with an additional $10,000, making it the $20,000-to-win NOS Energy Drink Showdown – now one of the biggest paying races of the year.

NOS Energy Drink already has a strong presence in the World of Outlaws, being the Series’ title sponsor and sponsoring the Stenhouse Jr.-Marshall Racing team and driver Sheldon Haudenschild.

Haudenschild and the rest of the World of Outlaws stars are sure to put on another thrilling show at the NOS Energy Drink Showdown. Logan Schuchart charged to the victory at the track earlier this year, dueling with Shane Stewart and Brad Sweet in the closing laps of the race for a finish that had the large crowd of fans on the edge of their seat.

Fans will no doubt be graced with another exciting race, especially with $20,000-to-win now on the line. Get tickets and more information.

As always, if you can’t make it to the track watch every lap LIVE on DIRTVision.com.