LOOKING AHEAD: One Month Until World of Outlaws Trip to Arizona 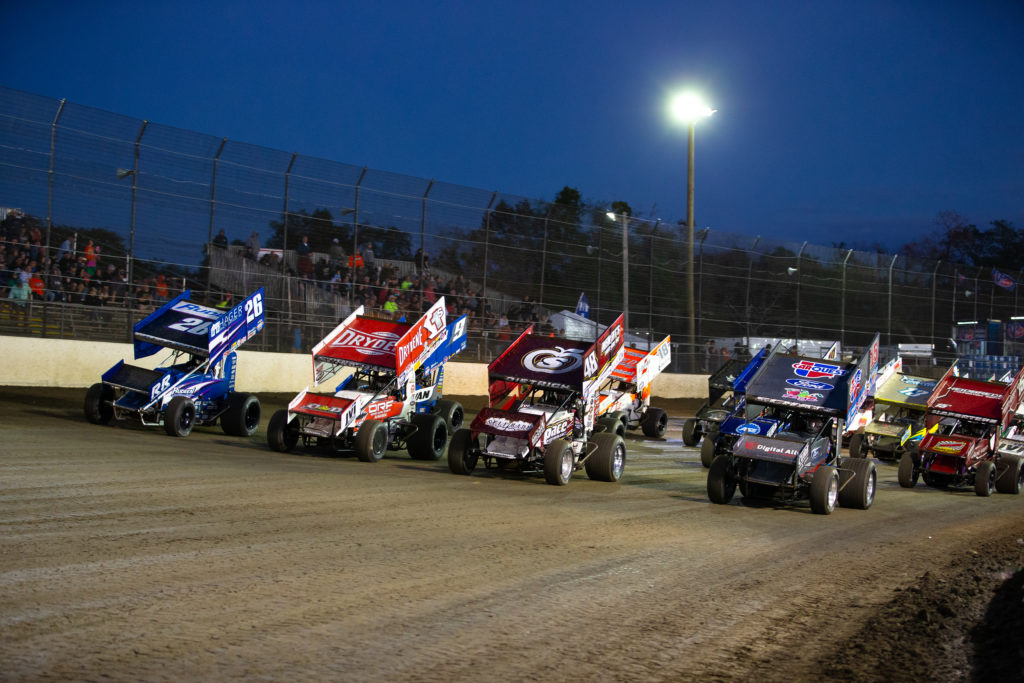 In one month, The Greatest Show on Dirt invades The Valley of the Sun.

Scheduled for Friday & Saturday, March 12-13, the World of Outlaws NOS Energy Drink Sprint Car Series will roll into town for a doubleheader weekend with the FVP Platinum Battery Showdown at Arizona Speedway.

The Series has only contested four events at the Mesa, AZ 1/3rd-mile, but over the years it has quickly become a west coast favorite for Outlaw teams. The beautiful Arizona scenery combined with gorgeous weather, sell-out crowds, and superb on-track action is a recipe for excitement each spring.

“I really enjoy that track,” World of Outlaws sophomore, Mason Daniel said. “The facility is top notch and the racing is always awesome. We were just there last month in January and it was a great learning curve for us. We figured out where we want the car for when the Outlaw races come around. I’m looking forward to getting back and seeing all the fans.”

A staple on the schedule since 2016, Phoenix area fans have seen four different winners in four races since the World of Outlaws made their first trip, which was won by Oklahoman Shane Stewart. California superstar Rico Abreu topped the 2017 event before Outlaw veterans Donny Schatz (2018) and David Gravel (2019) scored their own wins. The 2020 event was cancelled due to COVID-19 restrictions, only amping up the excitement for the 2021 return next month.

The Mesa track is relatively new to the schedule, but Arizona’s history with the Outlaws dates back to the inaugural season in 1978. In total, 55 World of Outlaws Sprint Car features have been contested in the state of Arizona. Phoenix’s famed Manzanita Speedway hosted 38 shows from 1978 to 2009.

Way back in ’78 and ’79, Arizonian’s were well represented on their home turf, but have since been shut out from glory within their own borders. Tempe natives and sprint car legends, Ron Shuman and Lealand McSpadden, were both winners at Manzy. Since then, it’s been an Outlaw or an invader taking the desert by storm.

With a highly-coveted rising star in 19-year old Buddy Kofoid at the wheel, Andy Reinbold and Reinbold-Underwood Motorsports are Arizona’s biggest hot shot looking to defeat the World of Outlaws. Just last month in an unsanctioned event at the Arizona Speedway, Kofoid and Reinbold were almost unstoppable together, winning two of three race against a field that included full-time Outlaws such as Donny Schatz, Aaron Reutzel, Mason Daniel, and more.

“Winning at home is obviously super special to us,” Reinbold spoke on his Arizona heritage. “I’ve always been proud of the legacy of sprint car racing in Arizona. We’ve had the privilege to win some pretty big races all across the country with USAC and stuff, but an Outlaws win at our home track would be a damn cool moment.”

Just three years ago, at the ripe age of 16-years old, Kofoid made his first and loudest impression against the Outlaws. In his just his sixth career start, the Penngrove, CA teenager put it on the pole at Silver Dollar Speedway’s Gold Cup. He did so with a beatdown of 4.9-second in the DIRTVision Fast Pass Dash. Ultimately, he finished fifth in the main event, but more importantly he had made a name for himself.

Next month, at the March 12-13 doubleheader, Reinbold and Kofoid will get their shot in the #19AZ with the World of Outlaws at Arizona Speedway.

OVER TOO SOON: Mason Daniel Heartbroken with Retirement Announcement