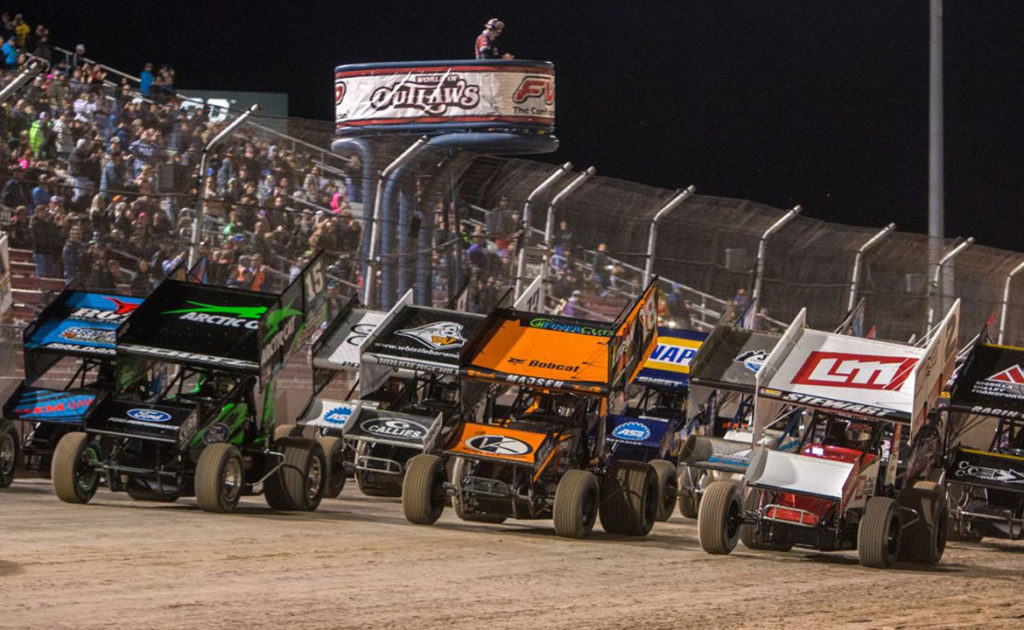 It will also mark the first time in history the World of Outlaws and NASCAR K&N Series are competing on the same night at the same track, bringing two of racing’s biggest powerhouses together.

“We have built such history with the FVP Platinum Battery brand and the World of Outlaws at The Dirt Track at Las Vegas Motor Speedway, and we can’t wait to see it all come together again this year,” said FVP Senior Brand Manager Amber Misunas. “In a city known for its big shows, none will be as big as this one, and the FVP team is excited to continue its association with the event.”

The history-making FVP Platinum Battery Outlaw Showdown pairs the World of Outlaws NOS Energy Drink Sprint Car Series with the NASCAR K&N Pro Series West for the first time. The Star Nursery 100 K&N Pro Series West will have practice sessions on Wednesday night (Feb. 27) and run their main event Thursday, Feb. 28, as part of a double-feature with the second night of World of Outlaws racing.

LVMS has hosted World of Outlaws events at its half-mile Dirt Track dating back to 1996.

“We’re excited our traditional two-day event in Las Vegas is continuing to grow with the addition of the NASCAR K&N Pro Series West,” World of Outlaws COO Tom Deery said. “We’re also looking forward to showcasing this historically popular event with our style of high-horsepower, high-speed, winged Outlaw dirt racing to a whole new audience. We like making history with our World of Outlaws events and combining with NASCAR on the same night at the same track will certainly be a first that no one will want to miss.”

On Wednesday, grandstands will open at 3 p.m., followed shortly after by World of Outlaws NOS Energy Drink Sprint Car Series hot laps and qualifying at 4:30 p.m. The NASCAR K&N Pro Series West practice session will be an hour later. Opening ceremonies are slated to commence at 6:15 p.m., with racing to follow immediately. The Sprint Car Feature will be the first Feature of the night.

Thursday’s schedule of events follows the same times as Wednesday. The Sprint Cars will again be the first Feature of the night, and the NASCAR K&N Pro Series West Star Nursey 100 will be the final race of the night.

Following the World of Outlaws visit to the Sin City, the Series heads to California, commencing a month-long tour through the Golden State at Thunderbowl Speedway in Tulare, CA, on Friday March 8, and Saturday, March 9.