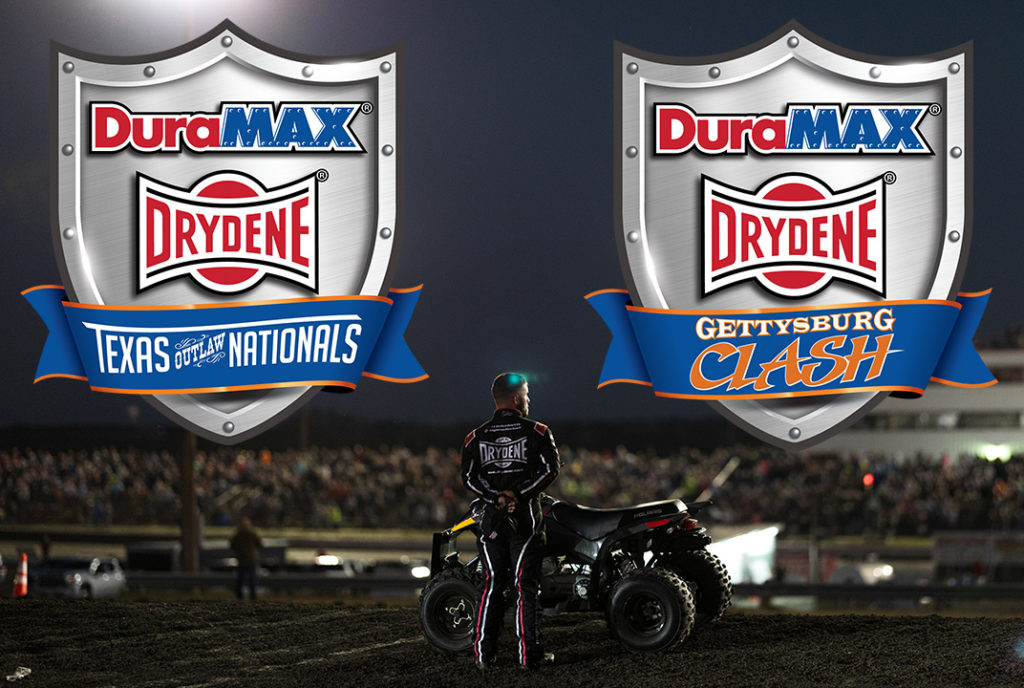 Two World of Outlaws NOS Energy Drink Sprint Car Series events will be taken to the max this year with the DuraMAX Drydene joining as the title sponsor.

“RelaDyne is pleased to continue its involvement with the World of Outlaws as entitlement partner at these signature events and associate both our DuraMAX and Drydene brands with them,” said Dan Oehler, EVP of Marketing and Ecommerce. “The DuraMAX Drydene Texas Outlaw Nationals and DuraMAX Drydene Gettysburg Clash are ideal platforms to showcase brands of oil built upon pillars of technology and performance for personal cars, trucks, or SUVs in the DuraMAX line, as well as oils for off-road, on-road, industrial or commercial fleet using Drydene. We are excited to have a major presence at iconic dirt tracks like Devil’s Bowl Speedway and Lincoln Speedway and being part of The Greatest Show on Dirt.”

Both events play a significant role in the 90-plus 2022 Sprint Car schedule.

Devil’s Bowl, in Mesquite, TX, is the birthplace of the World of Outlaws, dating back to 1978. The event will be the first big payday of the year with the DuraMAX Drydene Texas Outlaw Nationals set to pay $20,000 to the winner. Logan Schuchart, driver of the DuraMAX Drydene #1s car, won the last three visits to the half-mile track.

Then, the DuraMAX Drydene Gettysburg Clash will kick off the illustrious World of Outlaws versus PA Posse battle for 2022. The historic feud between the stars of the Series and Pennsylvania local drivers has been dominated by the Outlaws for the last few years, including the last two years at Lincoln Speedway, in Abbottstown, PA. Three-time and defending Series champion Brad Sweet won last year and Sheldon Haudenschild won in 2021. It’s a home state race for Schuchart, as well.

For tickets to the two DuraMAX Drydene events, visit WorldofOutlaws.com/tix.

If you can’t make it to either track, you can watch both events live on DIRTVision – either online or by downloading the DIRTVision App.