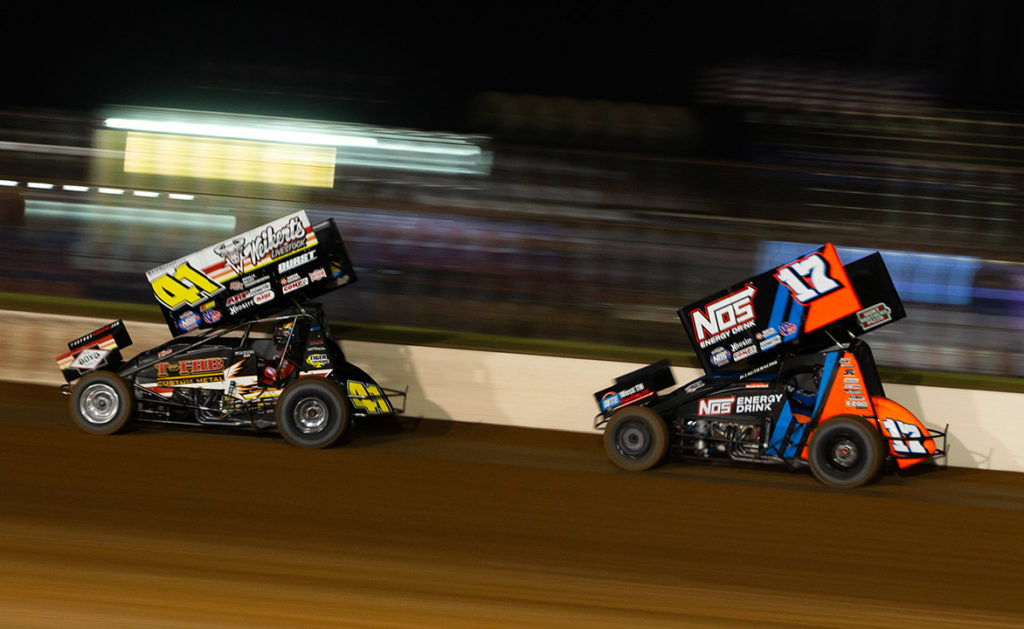 For the past 16 years, the World of Outlaws NOS Energy Drink Sprint Car Series took a couple of weeks off after DIRTcar Nationals before jumping into the most intense tour in motorsports.

Dixie Speedway, in Woodstock, GA, has graced the Series’ schedule three times prior; the last in 2007. Mark Kinser won the first two events in 1999 and Joey Saldana won the last in ’07. So when the stars of the World of Outlaws make their way to the 3/8-mile track, they’ll all be chasing their first victory there.

Sheldon Haudenschild, who had a career year in 2020 with his Stenhouse Jr.-Marshall Racing team, was one of the standouts on 3/8-mile tracks. He won at three different 3/8-miles and had an average finish of 3.5 throughout the seven events. After a fourth-place finish in points, he’s poised to challenge for the 2021 championship – against the likes of two-time defending champion Brad Sweet – and could get a head start on that at Dixie.

“There’s no doubt in any of our minds that that’s where we can be and that’s what we’ll strive for,” Haudenshild said about being in winning contention for the title. “I think as long as we’re winning races and stay consistent there’s no reason we can’t be there at the end of the year.”

The day after Dixie, the Series will make its 12th appearance at the Talladega Short Track – just outside of the Talladega Super Speedway – in Eastaboga, AL and its first appearance since 2011. In that last trip to the 1/3-mile track, David Gravel picked up the win.

“Talladega Short Track was a blast back when I was there and I’m excited to get back,” Gravel said.

He returns to the Series full-time in 2021 to go after his first Series champion, piloting the Big Game Motorsports #2 car.

Continuing its trek through the south, the World of Outlaws will make its debut at two new tracks the following weekend. First, on Friday, Feb. 19, it’ll make its debut at the 3/8-mile Magnolia Motor Speedway in Columbus, MS. The track opened in 2004 and has hosted several Sprint Car and Late Model races since.

“We’re looking forward to having the World of Outlaws race at the speedway and make their return to Mississippi,” said Johnny Stokes, Magnolia Motor Speedway promoter. “It should be a pretty good show here.”

Then, the Series will make its return to Louisiana for the first time since 2004 when the World of Outlaws Sprint Cars debut at Revolution Park Speedway. The state-of-the-art facility, in Monroe, LA, is a 3/8-mile asphalt track but will have dirt put down on it for the event, which it did for a Late Model event in 2020.

By the end of this two-week swing, the Series will already have seven races under its belt as it kicks off its epic 90-plus race season. These early events will set the stage of who your top contenders for the year will be and form an early shape of what is sure to be another exciting championship battle.