Champions Schatz, Pittman Lead World of Outlaws Back to Texas and Devil’s Bowl 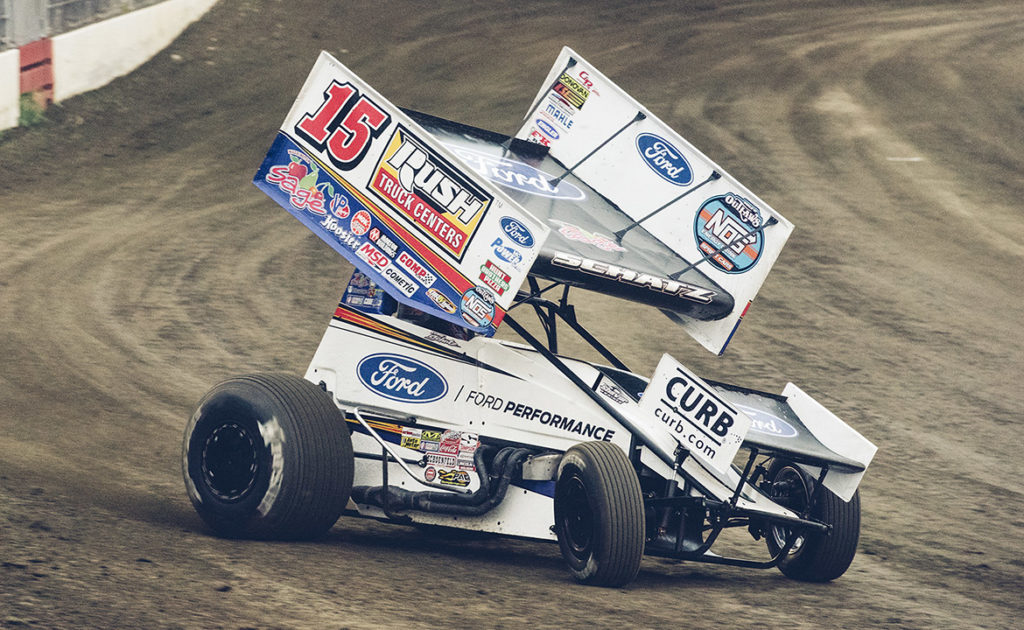 When the Series was formed in 1978, Devil’s Bowl Speedway was the first stop on its inaugural 41-race schedule. Jimmy Boyd claimed the first Series victory at the track, and there have been 28 years of winners after.

World of Outlaws 2013 champion Daryn Pittman and 10-time Series champion Donny Schatz having been dueling closely on track and in the points. The two are currently tied for the points lead and will look to continue their dueling hunt for another championship at the half-mile speedway. Both are previous winners at the track, as well.

The two have already found success on half-mile tracks this year with Pittman winning the two season opening races at Volusia Speedway Park in his new Roth Motorsports ride, and Donny Schatz winning the second night of racing at the Dirt Track at Las Vegas in February.

Their Texas Outlaw Nationals wins at Devil’s Bowl Speedway last year came in thrilling fashion, showing why the World of Outlaws is The Greatest Show on Dirt.

While Pittman led all 25 laps of the first race at Devil’s Bowl last year, Logan Schuchart — who got his first win of the 2019 season at the Stockton Dirt Track — closed on Pittman with a few laps to go but ran out of time to make a challenge for the lead.

The second night of racing at the speedway looked to be Brad Sweet’s race to lose. He led about three-quarters of the race, but lurking behind him the entire time was Schatz. After clearing Shane Stewart for second, Schatz set his sights on Sweet, eventually easing his way by him with five laps to go.

With strong early performances this season, all are sure to put on another spectacular show this year.

A victory at Devil’s Bowl would also hold an extra level of sentiment for Oklahoma natives Pittman and Stewart. En route to their World of Outlaws career, both grew up racing at the speedway.

No matter who wins the Texas Outlaw Nationals, history will be made once again at the iconic Devil’s Bowl Speedway.

Don’t miss a second of the action at Devil’s Bowl, get your tickets by going to WorldofOutlaws.com/tix or call 844-DIRT-TIX. If you can’t make it to the track, be sure to watch the race LIVE on DIRTVISION.com.