A lot on the line when the World of Outlaws return to Terre Haute on Oct. 12 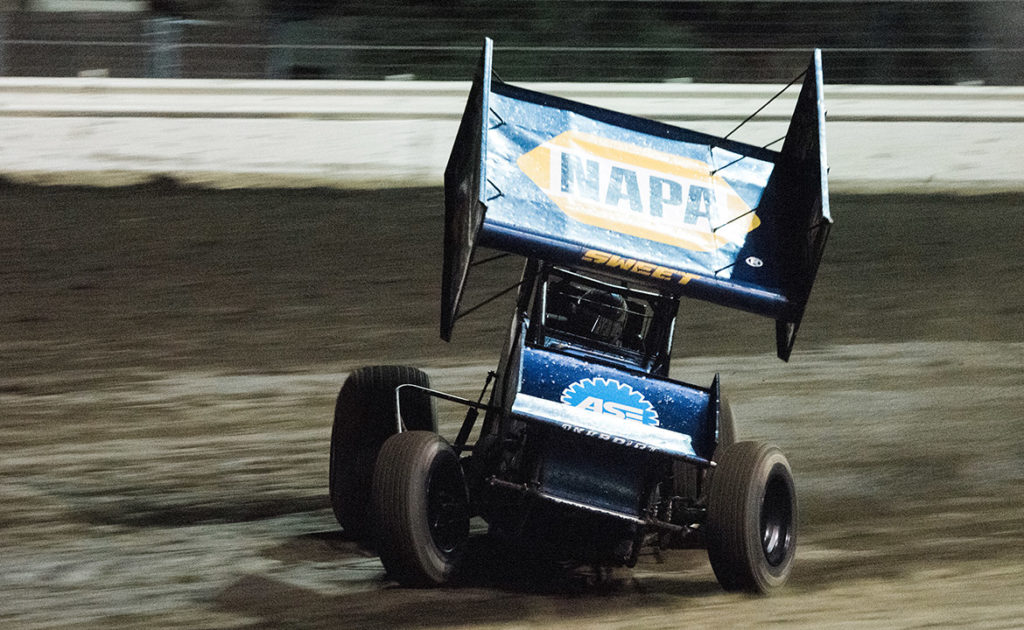 When the stars of the World of Outlaws return to the Indiana track on Saturday, Oct. 12, Sweet and Schatz will again be in a fierce battle for the win as the two are in a tight battle of the championship.

Sweet dominated on the half-mile track last year, but in the closing laps Schatz inched his way closer to the Kasey Kahne Racing car every lap before having to settle for second by the time the checkered flag waved.

Schatz and his Tony Stewart/Curb-Agajanian Racing team have collected nine wins, so far, this year and will be determined to reach double digit wins by the end of the season. Schatz continues to be the most consistent driver this year, only finishing outside the top-10 four times in more than 60 races. He won at Terre Haute in 2014 and is looking to get his 11th Series championship by the season’s end.

With 15 wins, including a win at the Kings Royal, Sweet is having a career year as he searches for his first championship. He has given Schatz his biggest fight for the championship in six years by trading the points lead with him all year long. The two drivers seem to be inseparable on track, racing each other almost every race.

Terre Haute will be another important race in their quest for the 2019 championship.

Along with Sweet and Schatz, Indiana-local Kraig Kinser – son of 20-time Series champion Steve Kinser – will be eyeing a win in his home state. Kinser’s last win came in 2017, but he has been close to a win several times this year.

This year’s Knoxville Nationals winner David Gravel will also be hungry for a win at the track in his quest to get double digit wins with his Jason Johnson Racing team. He’s been stellar on half-mile tracks this year winning at Williams Grove Speedway, Knoxville Raceway and Calistoga Speedway.

With the Series championship on the line for Schatz and Sweet and $10,000 on the line for the winner, Terre Haute Action Track is sure to see a lot of excitement. Plus, DIRTcar UMP Modifieds will also be on the card. Grandstands will open at 3 p.m. with Hot Laps at 6:30 p.m. Get tickets and more information.