A Night Unlike Any Other in World of Outlaws History 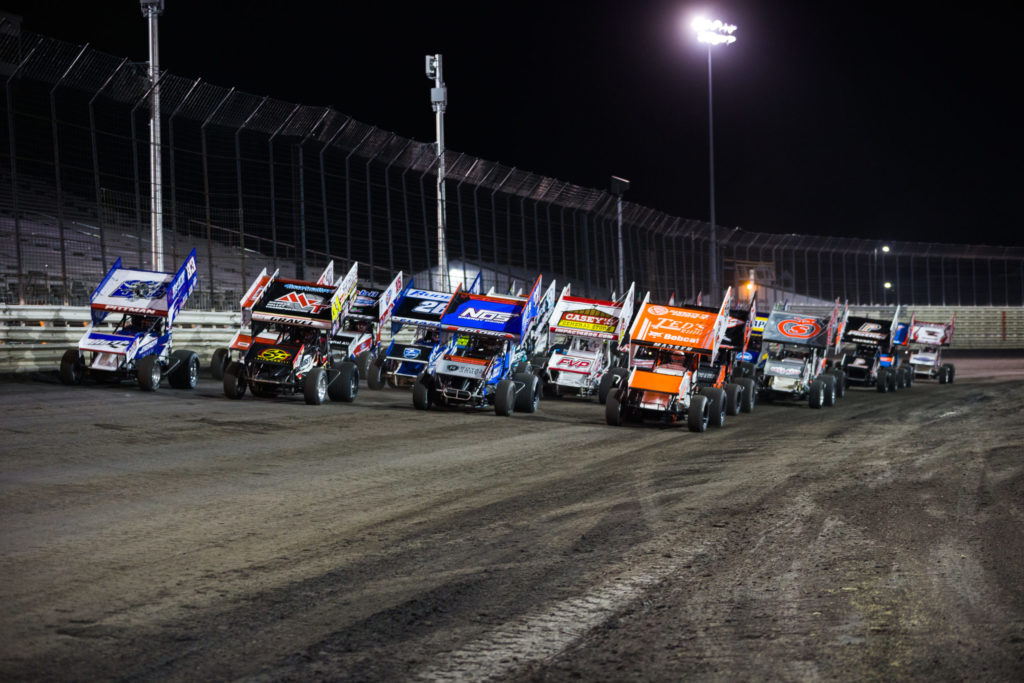 KNOXVILLE, IA — Much of the world has been shut down for more than two months as it deals with a pandemic most have never seen. Racetracks have for the most part sat idle. But on Friday night, at Knoxville Raceway, one of the most historic venues in dirt track racing, the World of Outlaws NOS Energy Drink Sprint Car engines roared, and an industry awoke.

The sport, and life in general, is a long way from returning to normal. The massive grandstands remained empty. Once the participants were safely inside, gates were secured. Only 48 teams were allowed to compete, and those teams were limited to five people each. And adding to the intense scrutiny of the night were the returns of high-profile racers Kasey Kahne and Kyle Larson.

The World of Outlaws, which always encourages fan interaction, hung signs warning the uninvited to steer clear of the Marion County Fairgrounds. Upon signing in, participants had their temperature taken, had to answer questions about health conditions and were handed masks and bottles of hand sanitizer. VP Racing even handed out additional bottles of hand sanitizer as participants were instructed to wash their hands every 20 minutes.

In a sport where wheel-to-wheel racing is the norm, social distancing was on full display. Even the team haulers were spaced apart 12 feet.

After a COVID-19 Resource Center was built and binders of documents were delivered to Iowa officials all the way up to the governor’s office in the weeks leading up to this #RETURNtoRACING, “Clean-Cover-Confine” was the goal as all observed CDC guidelines. It was never about being the first back to racing, but the World of Outlaws were determined to be the best.

It was vitally important to follow every specific rule, because the whole event was broadcast for the world to see on DIRTVision presented by Drydene. And fans tuned in from around the world to watch. Then something happened that was unprecedented. People were so moved they began reaching out to announcer Johnny Gibson wanting to give to the competitors.

Never before has an event with so little noise on site wound up creating such a bang. The racing community needed Friday night, and it was never more evident than as the night wore on. The reactions from drivers spaced out on the Knoxville stage, the reactions of fans watching on their screens, the reaction of winner David Gravel momentarily forgetting there were no people in the stands when he climbed up on the wing of his #41 Jason Johnson Racing machine to celebrate, only to quickly realize it was better to look at the camera.

Friday night is a beginning. While the World of Outlaws started the season in Florida, this felt like the start of a whole new season. Next weekend will be similar when the World of Outlaws Morton Buildings Late Models return to Federated Auto Parts Raceway at I-55 in Pevely, MO, only this time with a limited number of fans in the stands.

Racers aren’t used to moving slow, but in these times, steady, slow and safe will hopefully lead to victory.