World of Outlaws Returns to Ogilvie Raceway on July 13 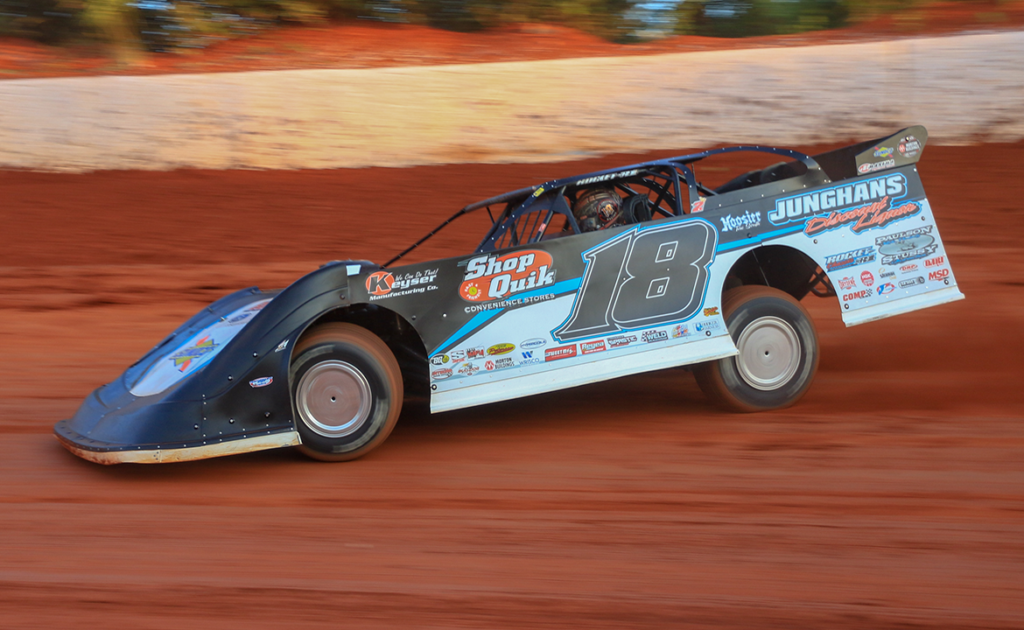 The World of Outlaws Morton Buildings Late Model Series returns to the Ogilvie Raceway in Ogilvie, Minnesota on Saturday night for another 50-lap, $10,000-to-win event. This will be the fourth time in Series history the Outlaws have visited “The Big O,” and the second race in the state of Minnesota this season.

“Smokey” Chris Madden has won the last two visits to the Kanabec County oval and four-time Series Champion Josh Richards holds the only other victory. Last year, Madden made an early race dash to the front from his fifth-place starting spot, took the lead on lap 10 and didn’t miss a beat, collecting his fifth victory of 2018 under then-car owner Barry Wright.

The South Carolinian parted ways with Wright in the 2018 offseason and joined forces with team owner Greg Bruening as part of Skyline Motorsports (Decorah, Iowa). Madden left Skyline in mid-June of this year and is not expected to be in attendance to defend his victories at Ogilvie this Saturday night.

2017 Series Champion Brandon Sheppard currently leads all drivers in the Morton Buildings Feature win column so far this season with 12. The New Berlin, Illinois-native has been on an incredible hot streak all year, now looking for his fifth consecutive victory after winning at Terre Haute Action Track, Independence Motor Speedway, Deer Creek Speedway and ABC Raceway. Sheppard currently sits third in all-time World of Outlaws wins with 49, behind only Richards and three-time Series Champion Darrell Lanigan.

Lanigan, who has 72 career World of Outlaws Feature victories, is currently winless in Outlaws competition through 2019. His last victory came back on September 6, 2015 at Selinsgrove Speedway in Pennsylvania. The Union, Kentucky-native is back behind the wheel of his own black-on-black Club 29 Chassis this year after a three-year run as a driver for Clint Bowyer Racing.

Sheppard has racked up a total of 19 top-five finishes in 20 starts and is currently out front in Series points standings by 128 markers over Lanigan, who boasts 11 top-fives and 17 top-10s. Rookie sensation Ricky Weiss currently sits tied for third in points with Chase Junghans after two podium finishes in the last three races. 2015 Series Champion Shane Clanton, of Zebulon, Georgia, rounds out the top five in points, and is the only full-time World of Outlaws driver not named Brandon Sheppard with a victory in 2019.

Joining the Outlaws at the track on Saturday will be the WISSOTA Super Stock division; hot laps are scheduled for a 6:15 p.m. start.

Tickets for the World of Outlaws Morton Buildings Late Model Series event at Ogilvie Raceway can be purchased at the track on race day, by visiting worldofoutlaws.com/tix or by calling (844) 347-8849 any time before the event.