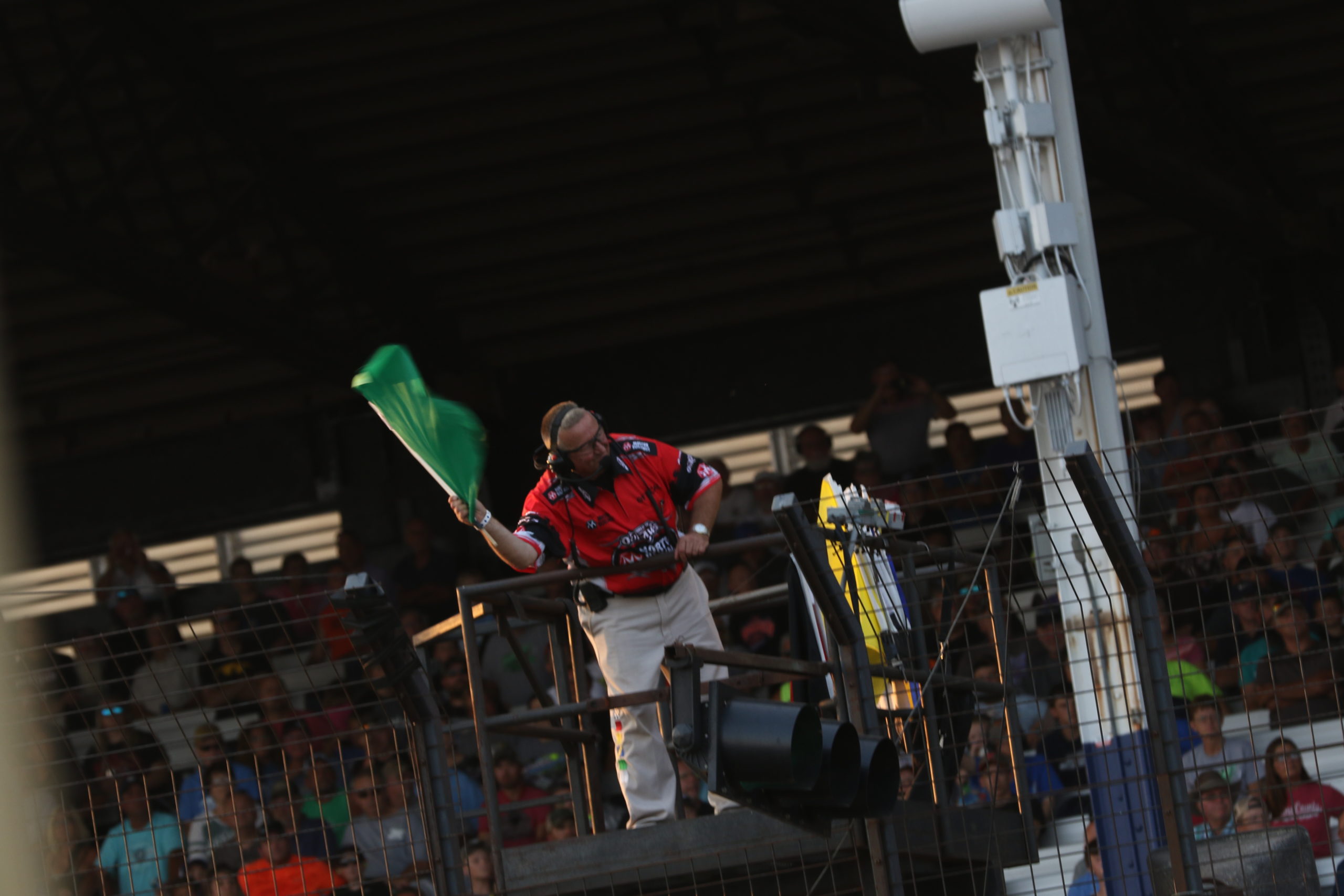 Brendon Bauman Photos
Davenport's May Event ran without fans; Returning to 1/4-mile tomorrow with crowd in attendance
By Brian Walker | July 27, 2020 at 7:22 pm

There was an eerie emptiness to Davenport Speedway back in May when the World of Outlaws Morton Buildings Late Model Series last visited the Davenport, Iowa facility. After all, the fans were absent.

With strict local restrictions in place for the COVID-19 pandemic, the ‘Inside Out’ doubleheader on May 29-30 – which featured races on the 1/4-mile and 1/2-mile – took place as a participant-only event. This time, however, with the Outlaws roaring into town for a $10,000-to-win Tuesday night special on July 28, an exuberent crowd will be welcomed back to the grandstands.

Scheduled for a mid-week showdown on Davenport’s inside 1/4-mile, Tuesday will mark just the third appearance on the little track at the Mississippi Valley Fairgrounds for the World of Outlaws Late Model Series. “The Most Powerful Late Models on the Planet” first competed on the smaller venue in 2007 when Brian Harris of Davenport, Iowa topped Jimmy Mars and Brian Birkhofer to win his only career World of Outlaws event at his home track.

Most recently, the Outlaws went back on the 1/4-mile oval in May and offered up a race of the year candidate. After a three-way war in the opening stages between Bobby Pierce, Ryan Unzicker and Brandon Sheppard, the 30-lapper came down to potentially the closest finish in series history. After trading the lead a handful of times over the final laps, Sheppard BARELY edged out Ricky Thornton Jr. by .007 seconds to score an exhilirating win on the bullring.

Tickets (if available) will be sold at the gates on Tuesday, but fans are encouraged to buy in advance online HERE before the event sells out. Today, Monday, July 27, is the final day for $25 General Admission before the cost rises to $30 tomorrow. For any fans unable to make it to Davenport Speedway, DIRTVision will have all the action streaming LIVE for you at home.