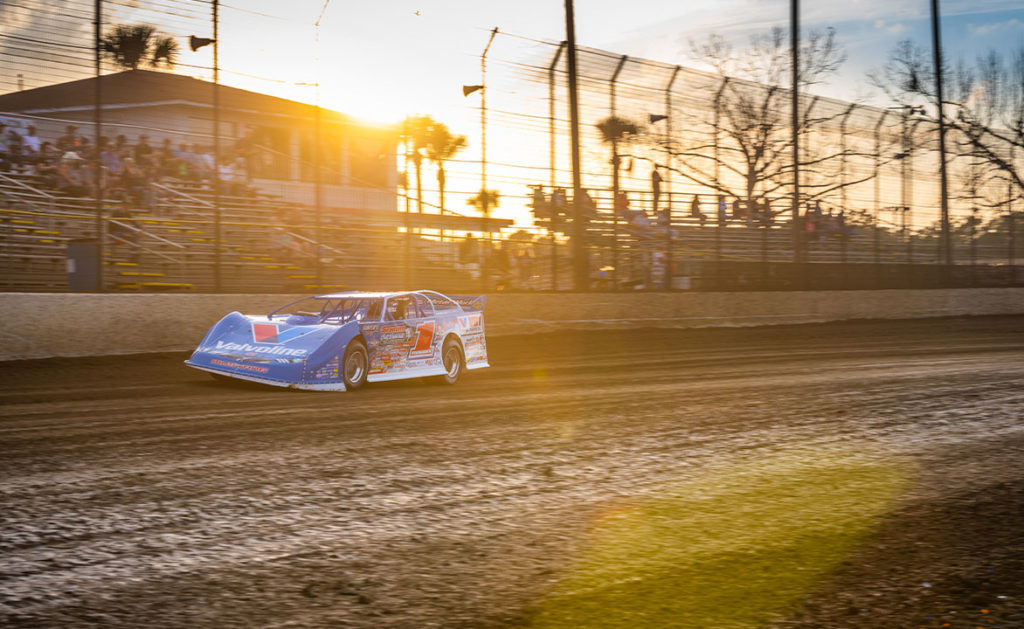 The Most Powerful Late Models on the Planet open the season at Volusia Speedway Park Jan. 20-22

In less than two months, the curtain will open on the 2022 World of Outlaws Late Models season, revealing another year of big names, big purses and big events. And it will all kick off in Florida for the second straight year.

The Most Powerful Late Models on the Planet begin their 2022 campaign at Volusia Speedway Park in Barberville, FL, Jan. 20-22, as the main attraction of Sunshine Nationals.

The World of Outlaws will compete for three nights on “The World’s Fastest Half-Mile,” as drivers hope to get a leg up on their competition.

The DIRTcar Pro Late Models and 602 Late Models will join the Series, making the event a true Late Model Palooza.

Bronson’s win on the opening night of Sunshine Nationals saw “The Killer” drop back to fifth before finding himself in second for the race’s final restart. Bronson turned on the jets at the green flag, producing an epic slide job on Cade Dillard in Turns 1 and 2, holding on for his second career Series victory.

In Saturday’s finale, fans saw a match-up pitting student versus teacher. Strickler led the first 35 laps of the 40-lap affair before veteran Scott Bloomquist almost dashed his hopes. “Black Sunshine” gave Strickler all he could handle before “The High-Side Tickler” came out on top, scoring his then first career World of Outlaws triumph.

Fans who attend this year’s Sunshine Nationals could be part of history involving Rocket1 Racing. Brandon Sheppard, who’s fresh off his third consecutive Series title, and fourth overall, is chasing Josh Richards for the most World of Outlaws wins all-time.

The New Berlin, IL driver, enters the event with 77 victories—one away from tying Richards. He’s also aiming to score his record-fifth championship, passing “The Rocket Man” for the most all-time.

Max Blair and Kyle Hammer will also join the Series full-time, battling for Rookie of the Year honors in 2022.

Those names, plus drivers like Devin Moran, Kyle Strickler, and Veteran Dale McDowell, will make the battle for the first checkered flag one you won’t want to miss.