RETURN OF THE MAC: McDowell scores second World of Outlaws win of 2022 at Volusia 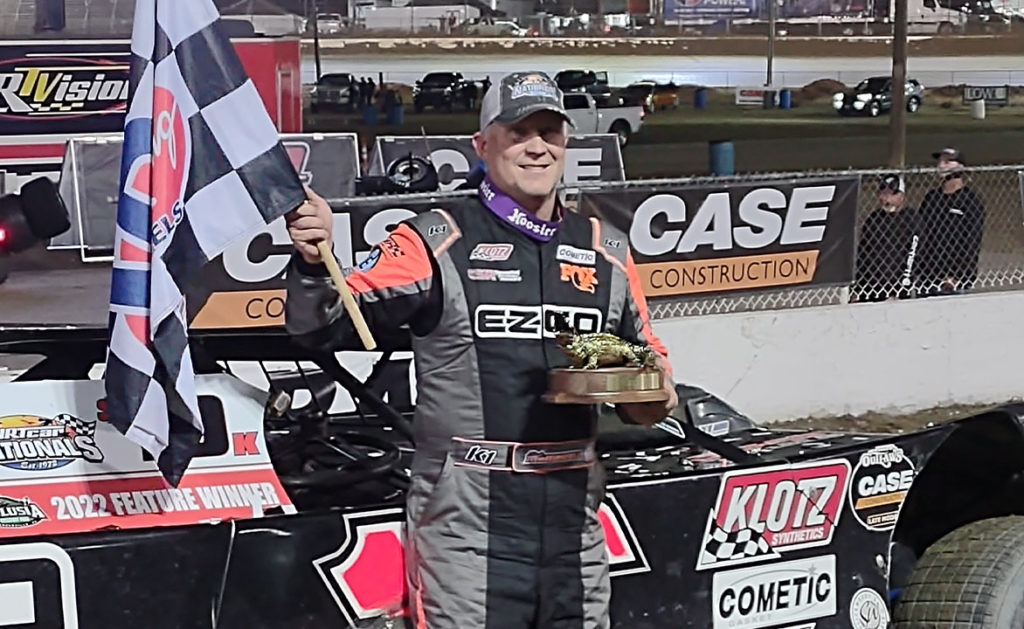 Less than a month after the Chickamauga, GA driver opened the season with a win at Sunshine Nationals, he backed it up with another one Thursday night at Volusia Speedway Park.

McDowell outran Devin Moran and Darrell Lanigan in the final 10 laps to earn his first Gator trophy since 2018. Tears fell from the “Mac Daddy’s” eyes in Victory Lane, at a loss for words for his recent accomplishments—including his triumph against cancer.

“We came down here in January to see if we were worthy of coming back, and it’s been a dream come true,” McDowell said.

Despite his success in 2022, it’s a position McDowell never thought he’d be in after his off-track battle.

While McDowell held the lead in the final 21 laps, Rookie of the Year contender Kyle Hammer led the first 19.

The Clinton, IL driver lost the lead to McDowell on a Lap 20 restart and dropped back to fifth before spinning in Turns 3 and 4, ending his night.

Even though he finished 27th, Hammer gained a boost of confidence racing against some of the top Late Model drivers in the country.

“We started really bad here in the beginning of the week,” Hammer said. “So, to be able to come where we were to here is just awesome for our team, a huge confidence booster.

“I feel like we actually know what we’re doing in the slick now.”

Devin Moran crossed the line second, earning his fourth DIRTcar Nationals podium. The “Mailman” leads the battle for a “Big Gator” trophy but wants a little gator to go with it. He stated he needed to start closer to the front to do that.

“We found some stuff in our Heat Race, and I felt like we were really, really good,” Moran said. “We’ll put that in our Qualifying setup tomorrow and hopefully start on the front row of the [Heat Race], and maybe we can start up front in one of these Features.

“We may not have passed the best car, but we’ve passed plenty of cars this week. We’ll just keep after it.”

Darrell Lanigan crossed the line third after starting 12th. The three-time Series champion stated he’s improving each night, especially in his ability to drive through the field.

“We’ve got our car close now,” Lanigan said. “It’s pretty balanced when we can drive in traffic.”

Dale McDowell’s 2022 season has been an emotional ride he never expected. “The Mac Daddy” is taking things one race at a time, embracing every win as it comes.

UP NEXT: The World of Outlaws CASE Late Models return to Volusia Speedway Park for another day of action at DIRTcar Nationals along with the Super DIRTcar Series. For Tickets: CLICK HERE.