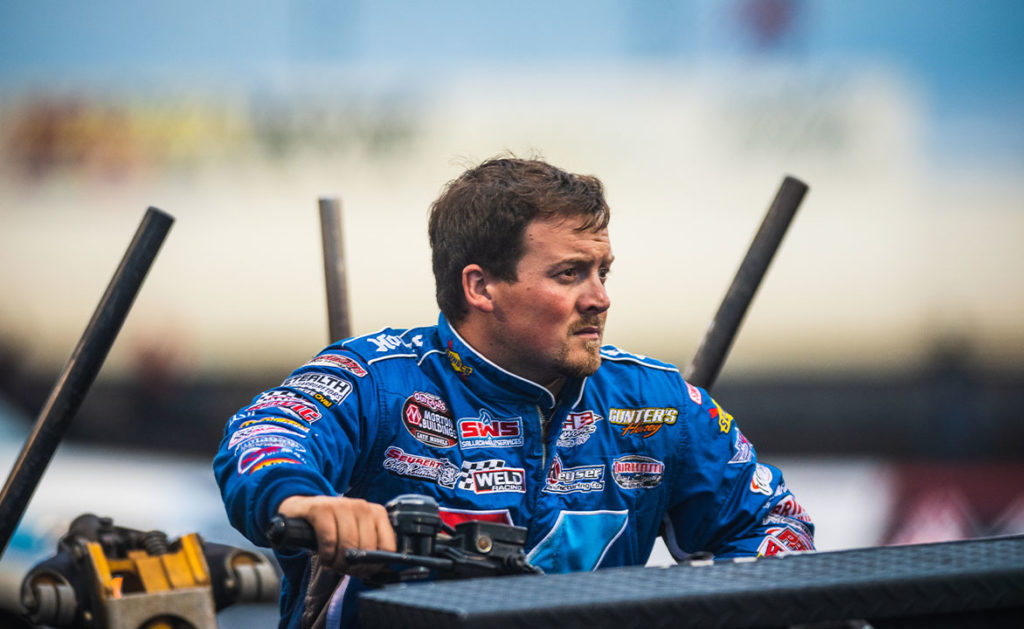 The New Berlin, IL driver won with a last lap pass in 2019

Climbing a mountain is never easy, even if it’s a peak you’ve reached twice before in your own backyard.

The highly anticipated event comes as the Rocket1 racing team starts to hit its stride with the World of Outlaws. Sheppard has won two of the last four Features and is tied for the most wins in 2021 with Chris Madden (4).

The Illinois driver is eager to return to the 1/4 mile-track that’s circled on his team’s schedule every year.

“[The Prairie Dirt Classic] is always one that’s on our bucket list to win,” Sheppard said. “It’s one of my favorite tracks we go to. It’s always really racy and we always seem to run really good there.

“We’re really excited, and the team is excited. We’ve been running really good lately, so hopefully we get a little momentum built up going into it.”

The 2019 Prairie Dirt Classic had an exceptional finish when Sheppard pulled a slide-job on Bobby Pierce in the final corner to win the crown jewel for the second time.

It’s a moment he remembers fondly, knowing everything had to go his way to pull off the final step in his climb to the thrilling victory.

“The race was coming to a close, and I knew I had to get up on the wheel if I was going to be able to do anything. I had to be right on them at the end,” Sheppard said. “I started sailing it in on the top and [Pierce] was starting to make a few mistakes, and we were able to get close enough to him to slide him and waited until the last second and pulled it.

“I kind of figured in my head that he was going to turn underneath me and beat me back to the flag stand, but he got tight up there, and we ended up making some contact, and we ended up coming out on top of it.”

It’s a format Sheppard stated helps his team get more knowledge on how they should fine-tune their Rocket Chassis.

“I like the format that way just so we can get a good idea of what it’s going to be like on a little bit longer run,” Sheppard said. “We can really get our car dialed in for Saturday that way.  It’s something different than everywhere else we go, and it makes it exciting.”

If Sheppard repeats as Prairie Dirt Classic Champion, he’ll climb another rung on the ladder toward World of Outlaws history.

One more win will tie him with Darrell Lanigan for second all-time (74) and puts him four wins away from catching Josh Richards at the top of the list (78).

The “Rocket Shepp” has more top fives (20) and top-10s (25) than any other driver. With that, he currently leads Madden by 88 points in the standings.

If the New Berlin, IL driver can win the Prairie Dirt Classic in his backyard for the third time, he’ll be the third driver to win back-to-back events, joining Billy Moyer and Bob Pierce as the only drivers to reach that peak.