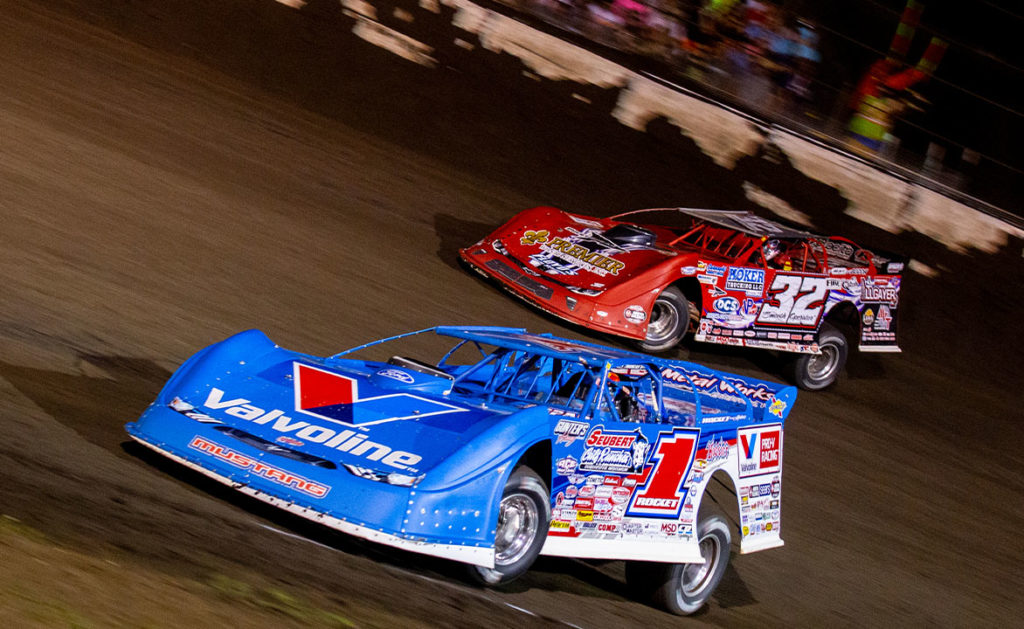 When you combine the dog days of summer with the World of Outlaws Morton Buildings Late Models, you get one of the highest-paying crown jewels of the season. After a one-year hiatus, the Prairie Dirt Classic is back at Fairbury Speedway July 30-31 for two nights of jam-packed racing action.

The racing action starts Friday, July 30 with four 25-lap Showdown Features paying $3,000-to-win. Those races will set the lineup for Saturday’s 100-lap Prairie Dirt Classic with one driver taking home a massive $50,000 prize for the first time in the historic event’s history.

Drivers who don’t qualify for the Classic through Friday’s Features or Saturday’s Last Chance Showdowns will have one more chance to make the show during the 25-lap Late Model Shootout. The winner can either collect $2,500 or start last in the Prairie Dirt Classic.

The last time the Prairie Dirt Classic was held in 2019, Brandon Sheppard and Bobby Pierce were involved in one of the most exciting finishes you’ll see.

The three-time and defending Series champion pulled a thrilling slide job on Pierce on the final corner to win the crown jewel for the second time.

Fans who come to see Sheppard’s quest for a third Prairie Dirt Classic win will also catch a glimpse into his chase for history.

The New Berlin, IL driver is seven wins away from tying Josh Richards for the most all-time (78) and will tie Richards for most Series titles (4) if he wins the championship in 2021.

“The Rocket Shepp” must contend with several top-notch drivers if he wants to take home the trophy for the third time.

World of Outlaws tour regulars like Madden and 2004 Prairie Dirt Classic winner Dennis Erb Jr. are two of the many drivers hoping to dethrone Sheppard. Both drivers sit top-five in the World of Outlaws standings and are coming off top-three finishes during the Firecracker 100 at Lernerville Speedway.

Sheppard also must deal with stout competition from his home state. Bobby Pierce has two extra-distance World of Outlaws wins in 2021, collecting $50,000 between the Hawkeye 100 at Boone Speedway, and the Illini 100 at Farmer City Raceway.

Shannon Babb is another Illinois driver with multiple Prairie Dirt Classic wins (3).  The Moweaqua, IL driver already has a win at Fairbury in 2021 during DIRTcar Summer Nationals.

Those drivers will have to contend with the hottest Super Late Model driver in the country Brandon Overton, as well. The Evans, GA driver has pocketed more than $300,000 in June and hopes to add another crown jewel to his mantle at Fairbury Speedway.

For more information on the Prairie Dirt Classic visit www.fairburyspeedway.com.