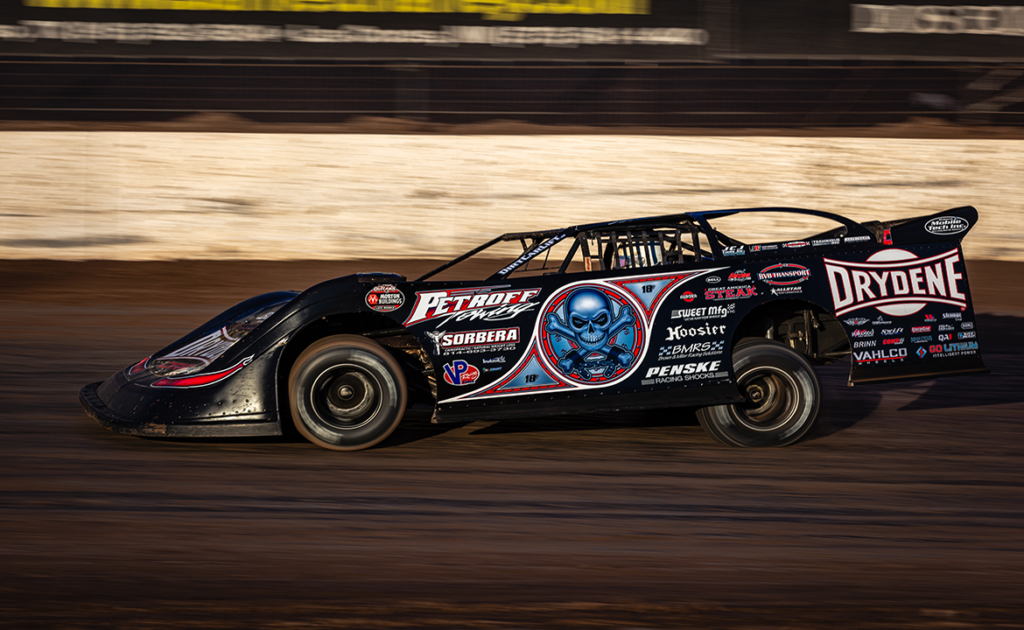 MARYVILLE, TN – For the ninth time in Series history, the World of Outlaws Morton Buildings Late Models head to Smoky Mountain Speedway on March 7 for the second of two races in a Tennessee doubleheader weekend.

The 7th annual Tennessee Tipoff, as it’s known, is one of the most unique Super Late Model events held at the special-events facility, awarding what is quite possibly the most unique single-event pieces of hardware the Outlaws will fight for all season – a March Madness college basketball-themed trophy, standing at approximately five feet tall.

To get to Victory Lane, however, the field will have to go through 60 laps on the challenging 4/10-mile for the trophy and the $12,000 top prize. Leading that field into next Saturday night will be none other than home-state hero and Dirt Late Model Hall-of-Famer, Scott Bloomquist.

The 2004 Series champion, from Mooresburg, TN, is the only repeat winner in Outlaws competition at Smoky Mountain, scoring back-to-back victories in the 2015 and 2016 visits. He has yet to score a victory on the tour in 2020, and his last came at the Can-Am World Finals in November 2018.

There’s no bigger name in Dirt Late Model racing, especially in the state of Tennessee, than Bloomquist, so expect the #0 car to be up front come race day.

Another strong contender will be fellow home-state favorite and recent DIRTcar Nationals standout, Jimmy Owens. The O-Show is the defending Tennessee Tipoff winner, who outran two-time and defending Series champion Brandon Sheppard last year for his first victory of the season. Sheppard, of New Berlin, IL, chased Owens around for all 60 laps but could not make the move for the win. He was chasing a record-tying six consecutive Morton Buildings Feature wins, but ultimately fell one spot short.

Sheppard currently holds the Series points lead at 1008 on the back of one win, six top-fives and seven top-10 finishes. Several other wins during his 2020 Georgia-Florida Speedweeks campaign have given he and the Rocket1 Racing team a ton of confidence as they hit the road for their fourth season under Rocket Chassis owner Mark Richards.

All things considered, it’s easy to see why their confidence is up. Coming out of Volusia Speedway Park last year, after four consecutive DIRTcar Nationals victories, Sheppard held a 16-point advantage over second-place Shane Clanton. Currently, Sheppard leads three-time Series champion Darrell Lanigan, of Union, KY, by 32 points. 2019 Rookie of the Year Ricky Weiss follows in third, 54 points back of Sheppard. Scott Bloomquist Racing teammates Chris Madden (-90), of Gray Court, SC, and Bloomquist himself (-110) round out the top five.

Also included in the racing program Saturday night are the Limited Late Models and Sportsman Late Models; Hot Laps are scheduled for 6:30 p.m.

As always, fans can also watch every lap of World of Outlaws action live on DIRTVision with a Fast Pass subscription, only $39 per month.